Bayern Munich are set to play Villarreal at the Allianz Arena on Tuesday in the second leg of the quarter-final of the UEFA Champions League. Bayern Munich were shocked by Villarreal in the reverse leg as Arnaut Danjuma scored an early goal, which turned out to be the only goal of the game.

Bayern Munich come into this game on the back of a 1-0 win over Augsburg in the Bundesliga. A late second-half penalty from Polish striker Robert Lewandowski secured the victory for Julian Nagelsmann’s Bayern Munich. 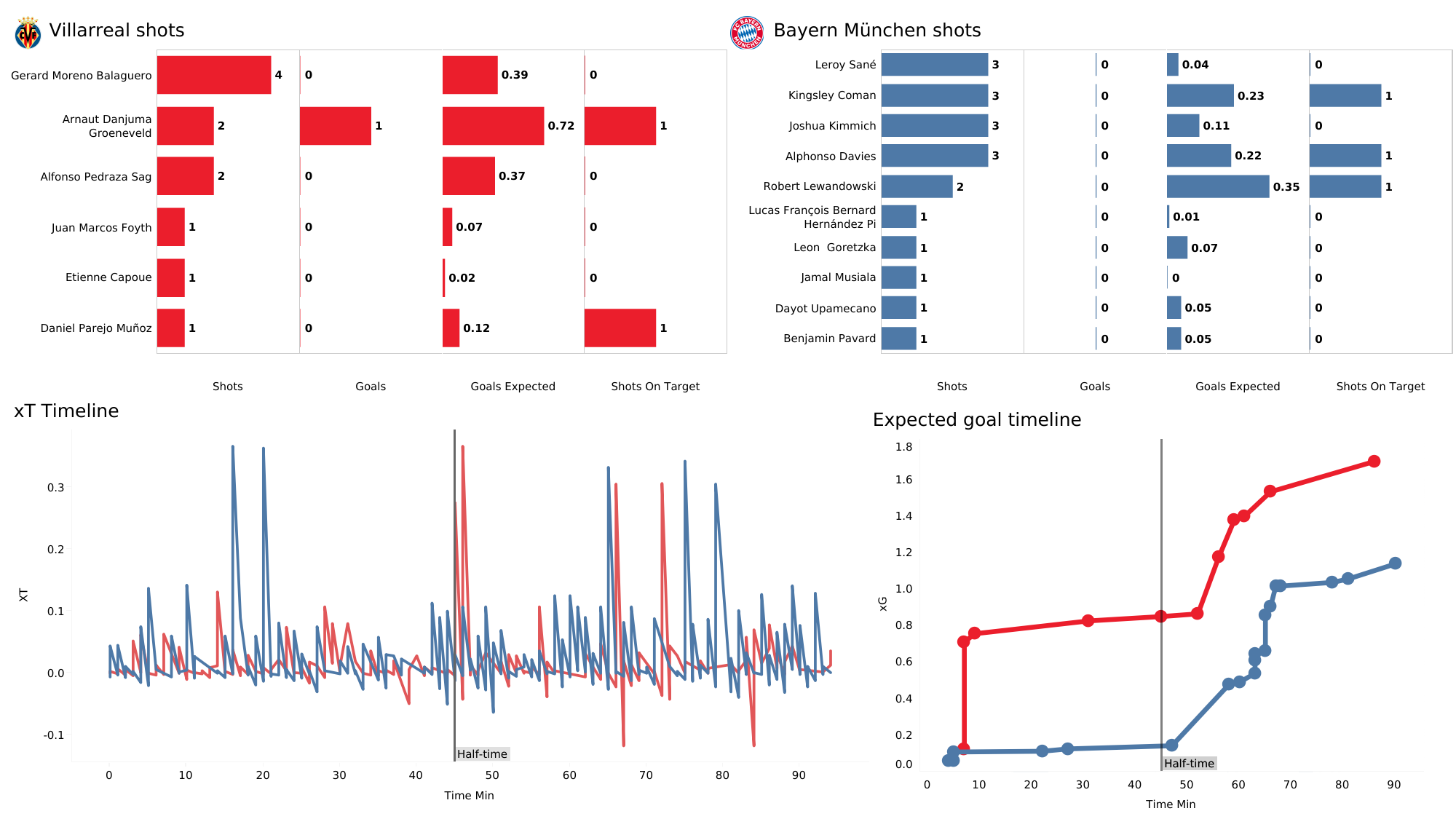 The xG timeline from the first leg indicates that Bayern struggled to generate any xG in the first half, but were slightly better in the second half as they managed to have more shots on goal. 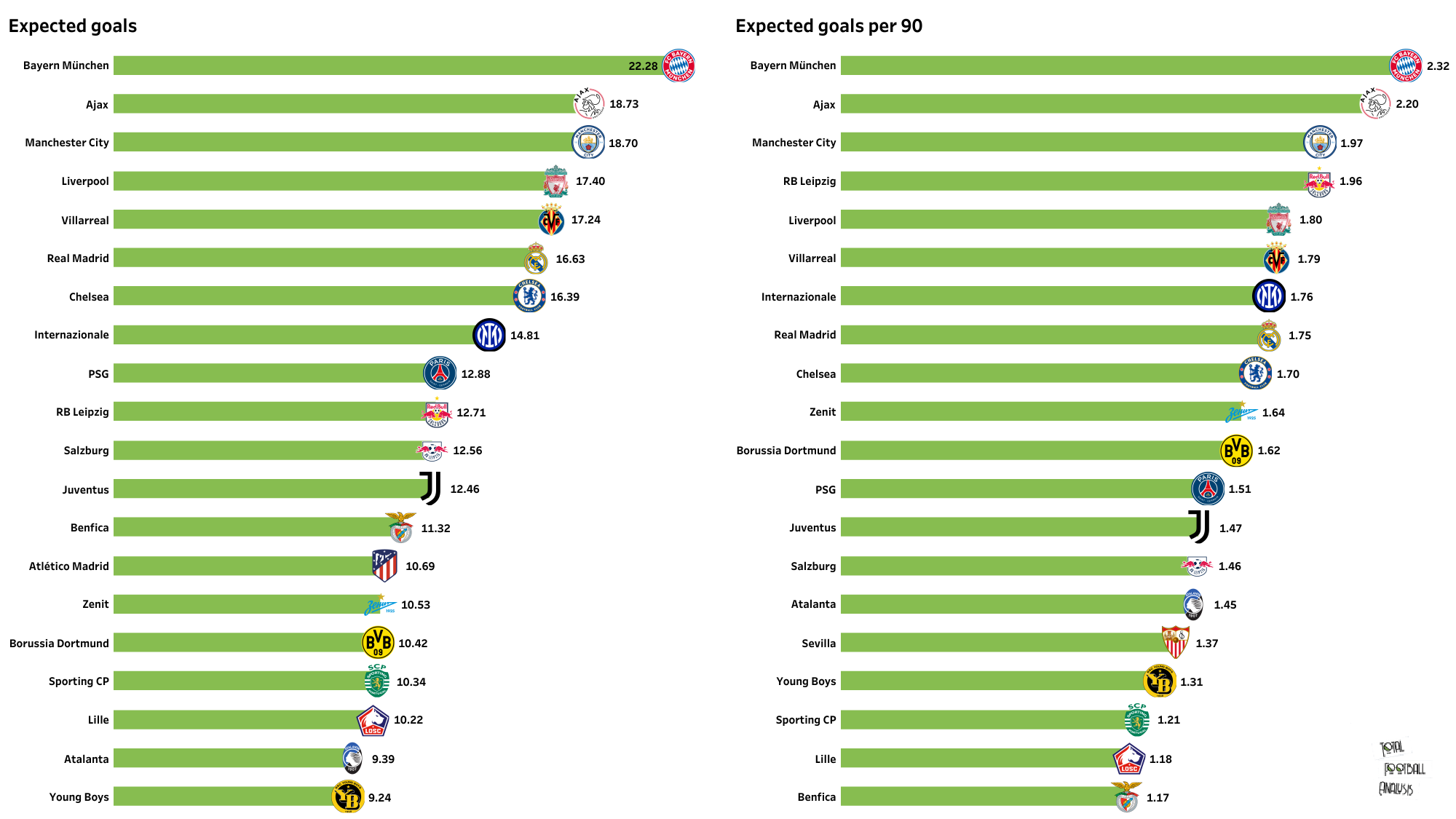 Bayern Munich have generated the highest xG in the tournament so far. The German giants have scored 30 goals and also have the most number of shots on target, which explains why they have had a high xG in the majority of their games. 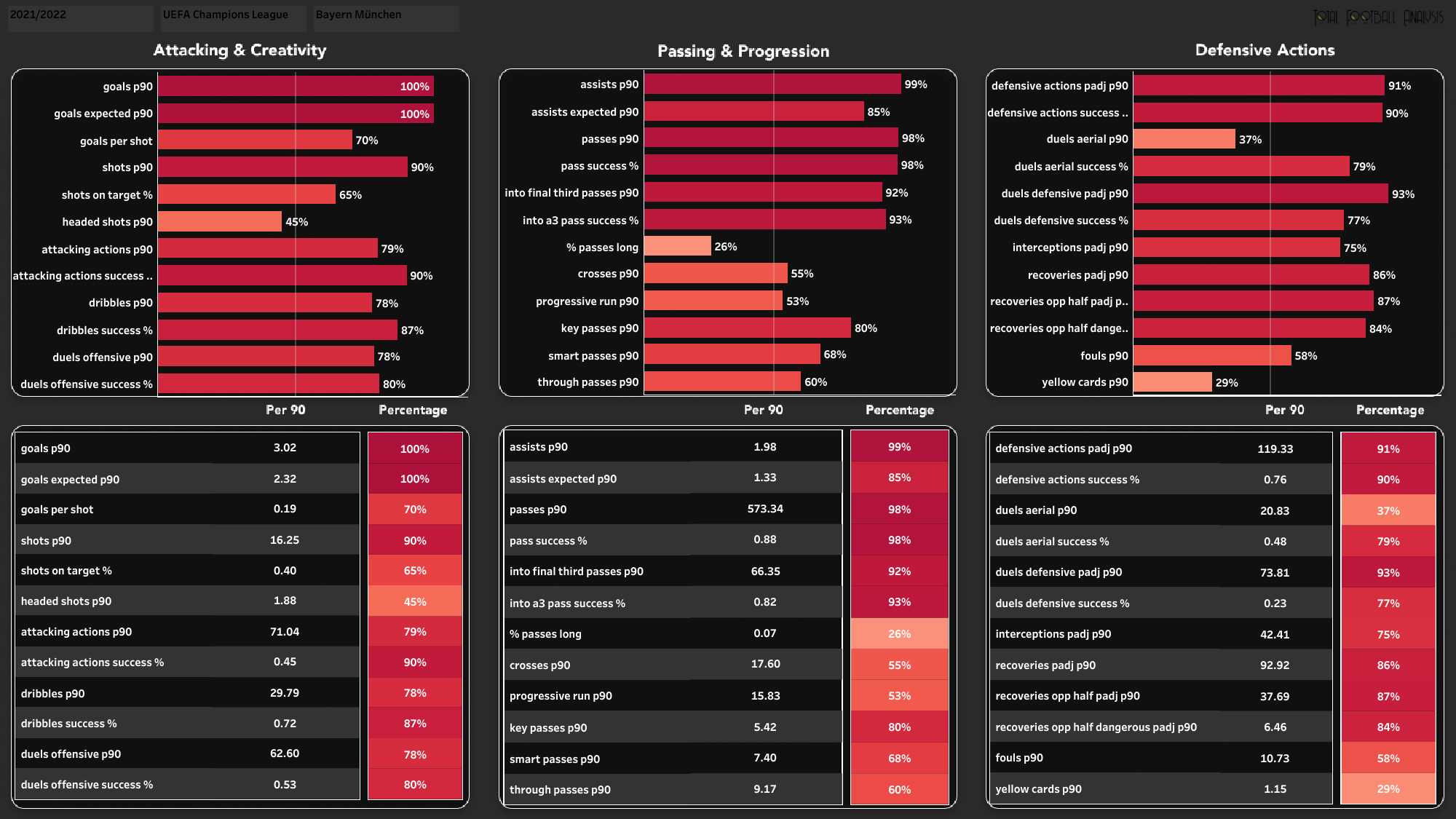 The above visual shows us the overview of Bayern’s performance in the UCL so far. The metrics indicate that Bayern have done well in all three departments and rank highly in most of the stats. They have only conceded six goals in the tournament, but there have still been lapses in their defence lately.

Bayern Munich might use Alphonso Davies at left-back, with Lucas Hernandez filling in as centre-back with Dayot Upamecano. Nagelsmann might stick with Leon Goretzka and Joshua Kimmich in midfield. In terms of attack, Jamal Musiala might be preferred over the underperforming Serge Gnabry and Leroy Sane. With Kingsley Coman and Thomas Muller working on either wing, the teenager might slot in as number 10, right behind Robert Lewandowski. 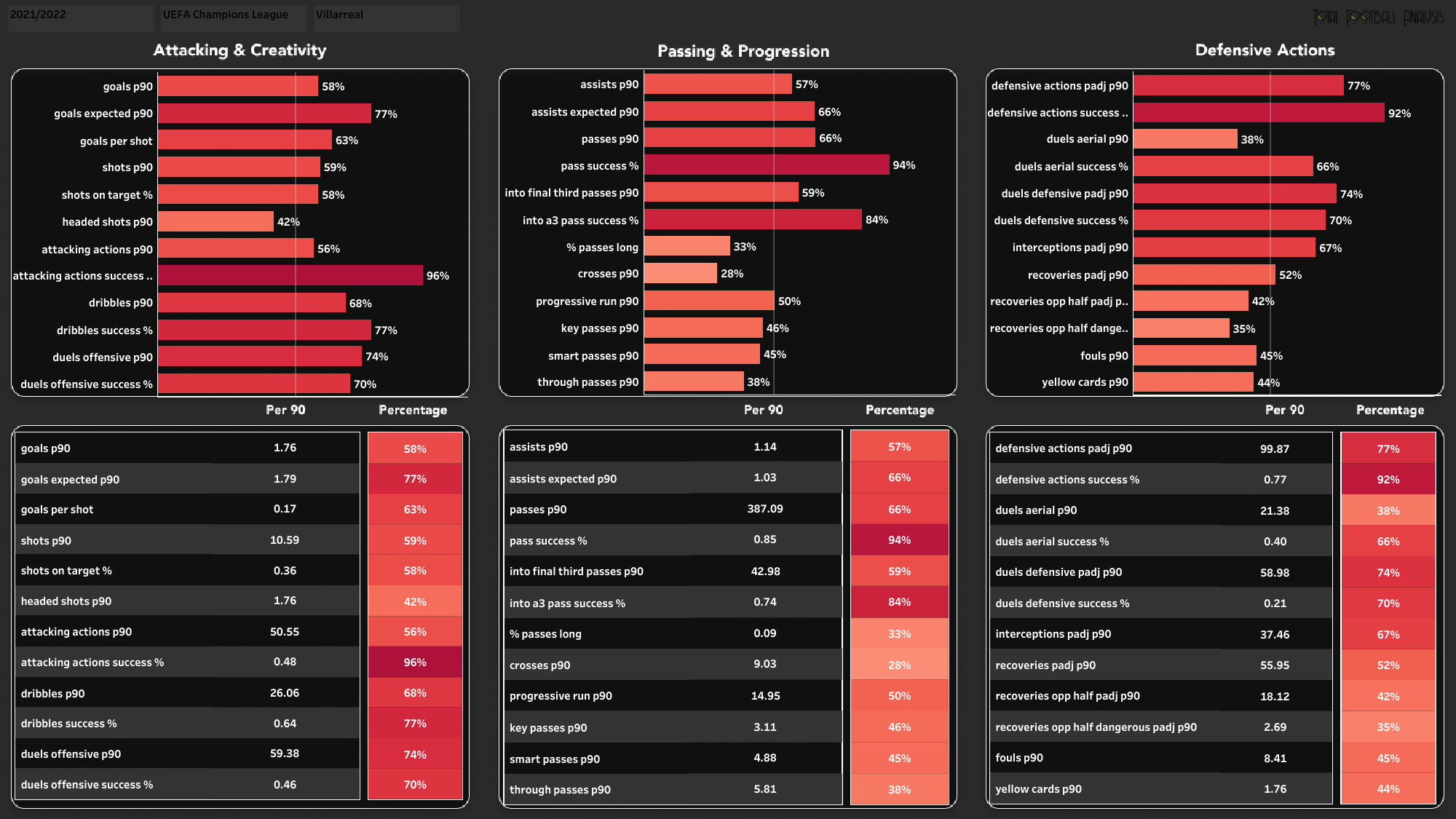 Villarreal rank highly in the success of their attacking as well as defensive actions. The Spanish side have completed 48% of their attacking actions and have successfully won 77% of the defensive actions they have attempted. Unai Emery’s side were very impressive in the defensive third against Bayern and successfully kept a clean sheet against a side whose striker has been in top form this season.

Emery is set to use a 4-4-2 formation, with the veteran midfield duo of Dani Parejo and Etienne Capoue as his central midfielders. He also has Giovani Lo Celso and Francis Coquelin in the midfield to provide help, since both are capable of drifting in centrally. With midfielders shifting into central positions, full-backs Juan Foyth and Pervis Estupinan will be expected to cover the wings. Pau Torres and Raul Albiol will play a crucial role in helping Villarreal remain solid at the back. Arnaut Danjuma and Gerard Moreno remain favourites to lead the frontline once again.

Bayern Munich will still be favourites to come out on top as they did outperform their opponents in the second leg in the Round-of-16. However, Bayern will have to be wary of their Spanish opponents, who can cause an upset.