The UEFA Champions League returns on Tuesday and will see Bayern Munich and RB Salzburg go head-to-head in the second leg of their Round-of-16 clash at the Allianz Stadium. After being held back to a 1-1 draw by the Austrian side, Bayern will be looking to avoid an upset at this stage of the tournament and progress to the next round.

Bayern Munich were held to a 1-1 tie by Bayer Leverkusen on Saturday, denying them a third consecutive win. Bayern were far from their best in the first leg last month but managed to level late on through Coman, with the result making it 22 away games in the competition without a defeat, and they will fancy their chances of finishing the job in front of their home supporters on Wednesday night.

The German Bundesliga winners defeated SpVgg Greuther Fürth 4-1 on February 20, before defeating Frankfurt 1-0 six days later. Bayern Munich have now returned to the Champions League, where they were held to a 1-1 draw by Salzburg in the first leg of their two-game Round-of-16 tie on February 16. Meanwhile, Tolisso’s absence will open the door for Jamal Musiala to feature in central midfield alongside Joshua Kimmich. Musiala has performed well for Bayern in the Champions League so far, playing in five games and scoring one goal. 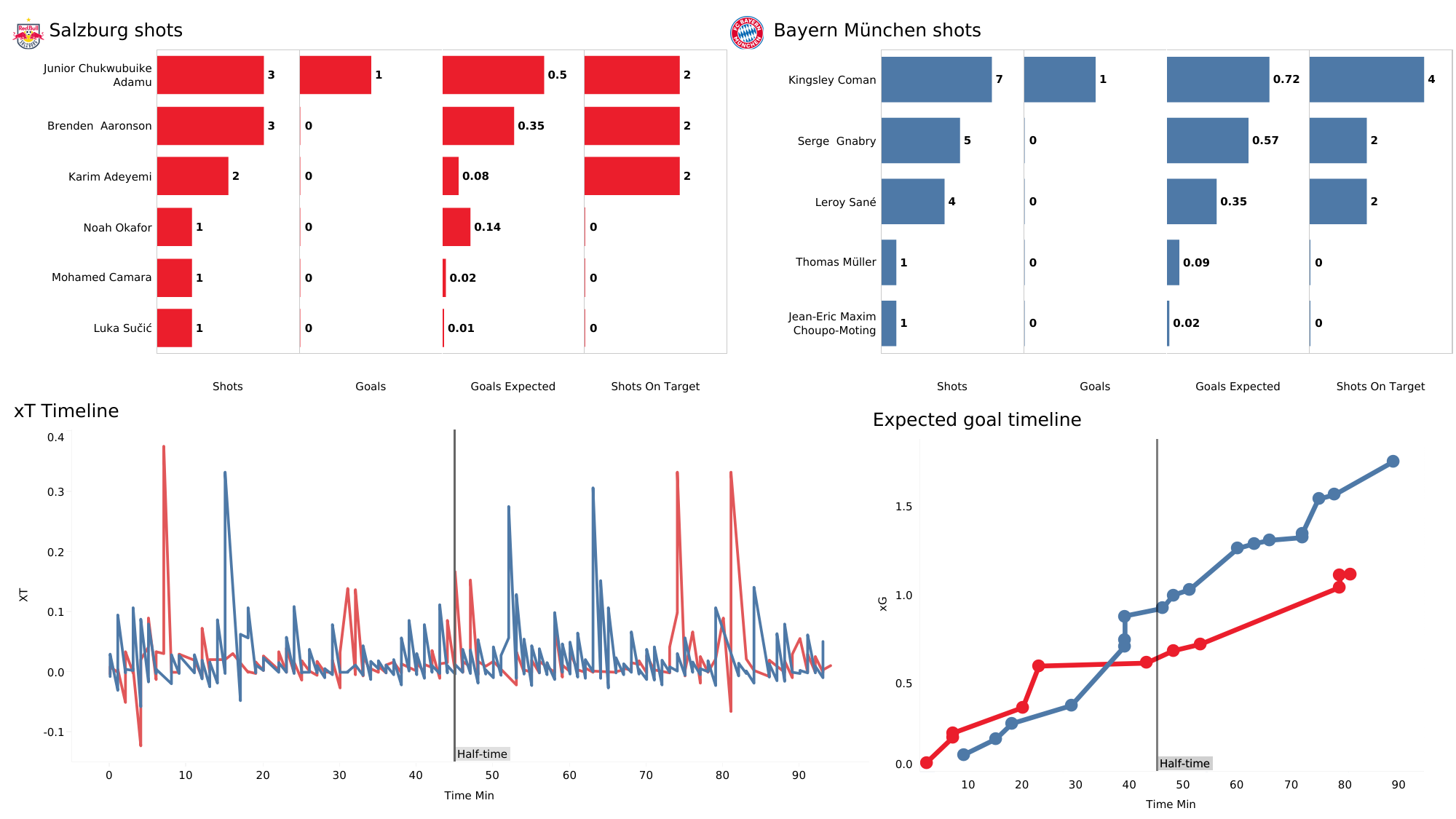 The xG and xT timelines indicate that the Austrian side gave a tough fight to the German giants, and made them dig deep to find an equalizer. Kingsley Coman attempted most shots for Bayern and had four shots on target, generating an xG of 0.72 in the process. Chukwubuike Adamu scored the first goal of the game for Salzburg, and he had an xG of 0.5 from his three shots on goal. 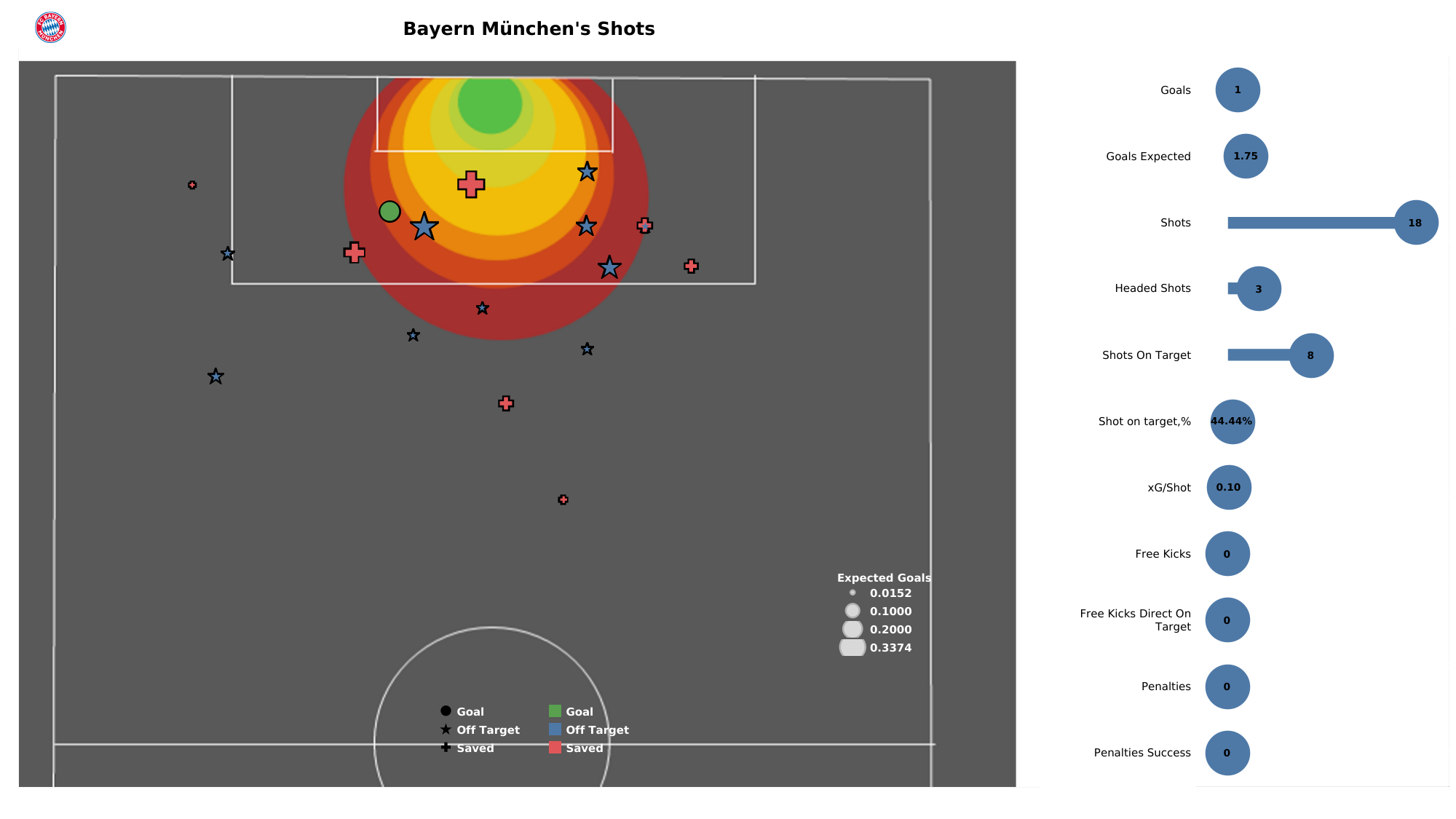 Bayern attempted 18 shots against Salzburg and had eight on target. They had 44.44% of their shots on target and had an xG of 0.10. Bayern had some great chances in the penalty area, but they were denied by the opposition keeper. They attempted 12 shots from inside the penalty area.

RB Salzburg, on the other hand, extended their march for the Austrian Bundesliga crown last time out with a 4-0 win against rock-bottom SC Rheindorf Altach. They are unbeaten in their previous seven games in all competitions, with five victories and two draws since a 2-1 friendly loss to Flyeralarm Admira on January 22. 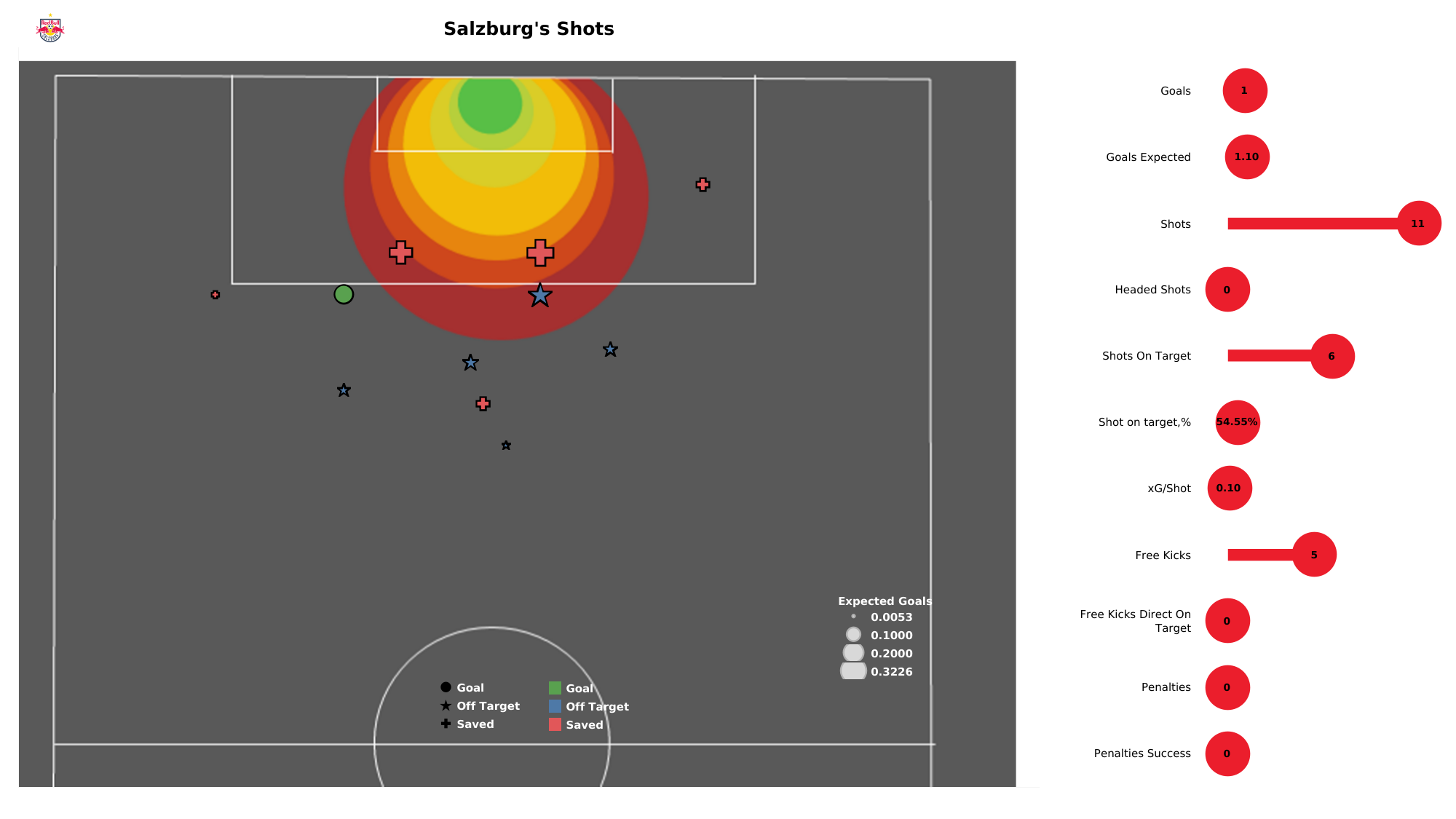 RB Salzburg had 11 shots on goal, but they managed to keep more than 50% of their shots on target. Bayern are without their first-choice keeper and will be playing with Ulreich between the sticks. Salzburg had most of their chances from outside the penalty area, which is why they had a lower xG than their opponents in the first leg.

After holding Bayern Munich to a surprising draw in the reverse encounter, Salzburg have proven to be credible opponents for Bayern Munich. However, we expect the Germans to come out on top on Tuesday to prevent an upset.