On Tuesday night, there was a match between Bayern Munich and Inter Milan in the UEFA Champions League. Bayern, who were looking to make a perfect six and become the first team to win all six matches, and Inter finished second behind them, but both qualified for the round of 16. Julian Nagelsmann decided to go with a 4-2-3-1 formation while giving rest to Jamal Musiala and starting Ryan Gravenberch.

We’ve broken down all the key stats for you to digest, including;

* average positions and much more!

We also try to answer some questions for you with the visuals;

How many shots were attempted by Bayern Munich? Which Inter Milan player won the most duels for his side?

To navigate the stats gallery simply click on the numbers to move through the pages. 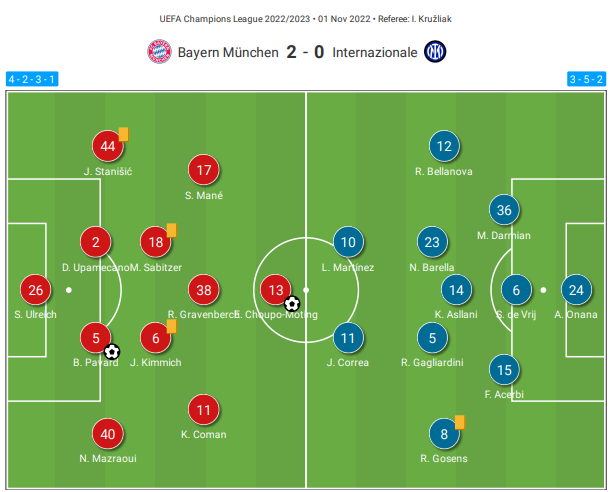