While the situations of Robert Lewandowski and Serge Gnabry are looming over at Bayern Munich this summer, one man who has been flying under the radar and has done so for years is Thomas Müller. The German international, who has been capped 116 times for his country, has been one of the best performers for the Bavarians for more than a decade. He has had no problem adapting to the tactics of whoever the Bayern coach is. His loyalty to the club means there will not be any transfer saga linking him with a move away from the club. 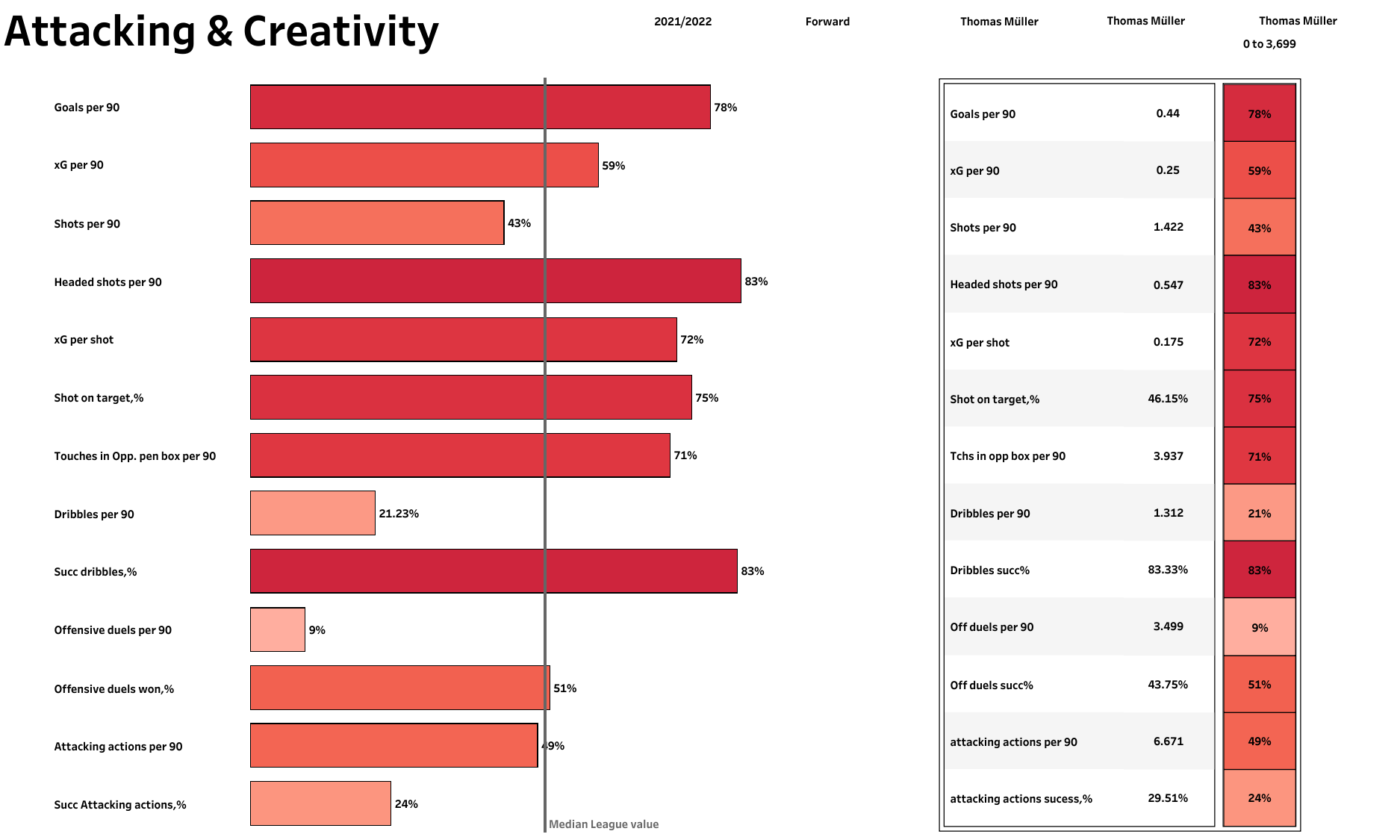 Müller featured for Bayern Munich in 45 matches across all competitions last season, which included 10 outings in the UEFA Champions League. He played for 779 minutes and managed to score four times, scoring goals at the rate of 0.44 per 90, far higher than the 0.25 xG per 90 estimated. He may have taken only 1.4 shots per 90, but he hit 46.15% of them on target. Müller also ranked in the top quintile for headed shots per 90. He registered just under four touches in the penalty box per 90. He may have attempted only 1.3 dribbles per 90, but he completed 83.3% of his take-ons. 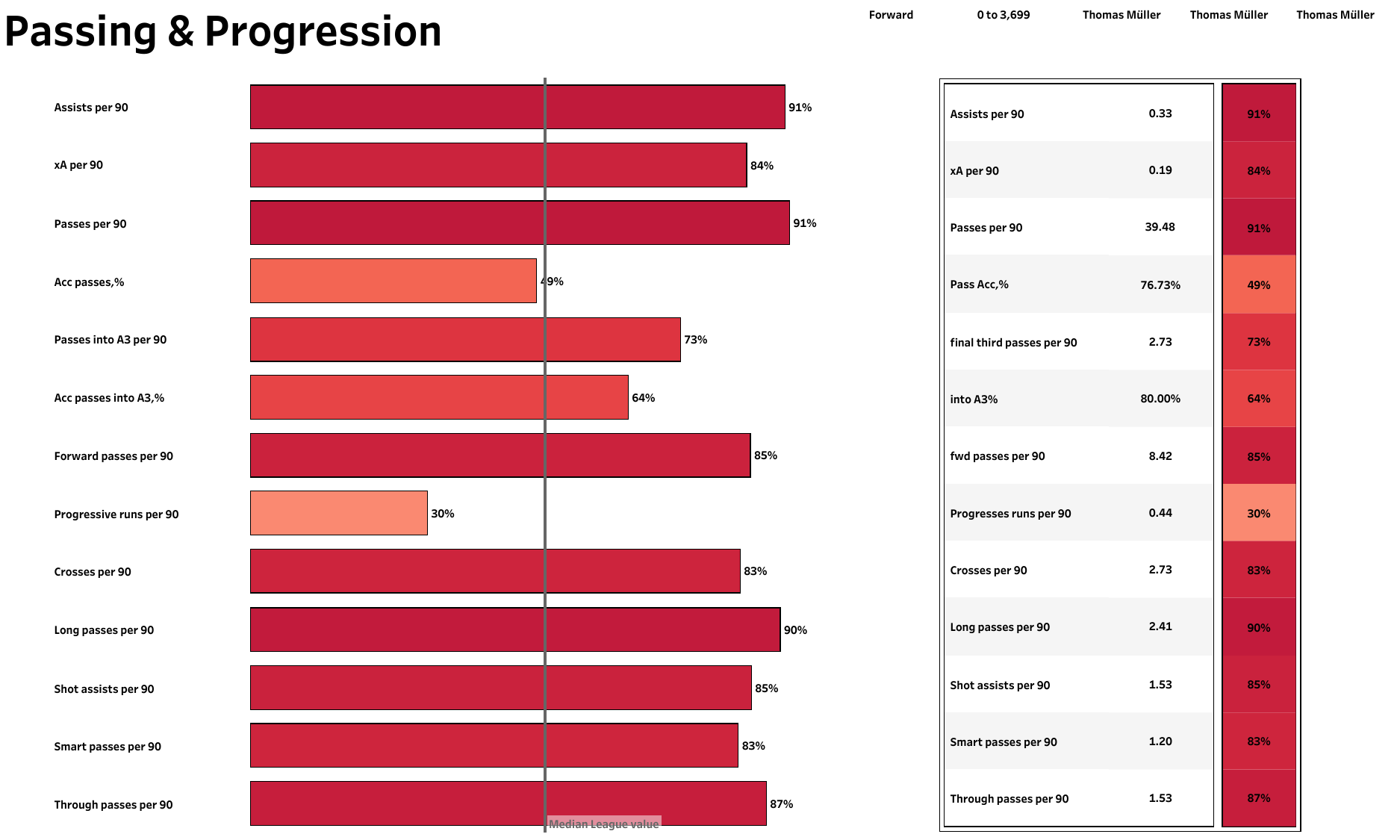 In addition to his four goals, Müller provided four assists, being involved in a goal every 97 minutes. Just like with xG, he also overachieved on his xA of 0.19 per 90 by making 0.33 per 90. He was very much involved in the game, attempting just more than 39 passes per 90, putting him in the top 9%. Müller delivered 2.73 crosses per 90, which placed him in the upper quintile for forwards. He completed 2.41 long balls per 90, ranking him in the 90th percentile. He was also in the upper quintile among attackers for shot assists per 90, smart passes per 90 and through balls per 90. 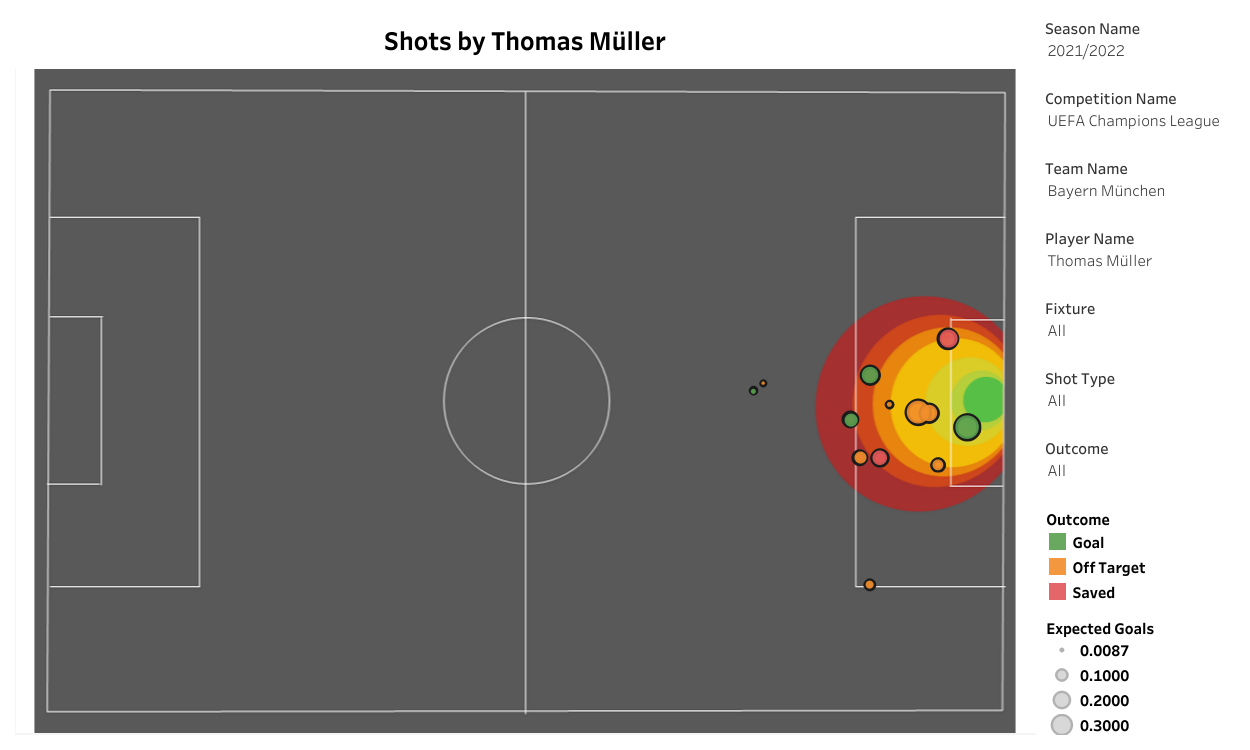 Two out of Müller’s four goals came from outside the box, and none of them came from the penalty spot. His average shot distance from goal was 13.4 yards. He attempted only three shots from outside the box throughout the season. Overall, the German attempted 14 shots, which meant his conversion rate stood at 3.5 shots per goal scored. 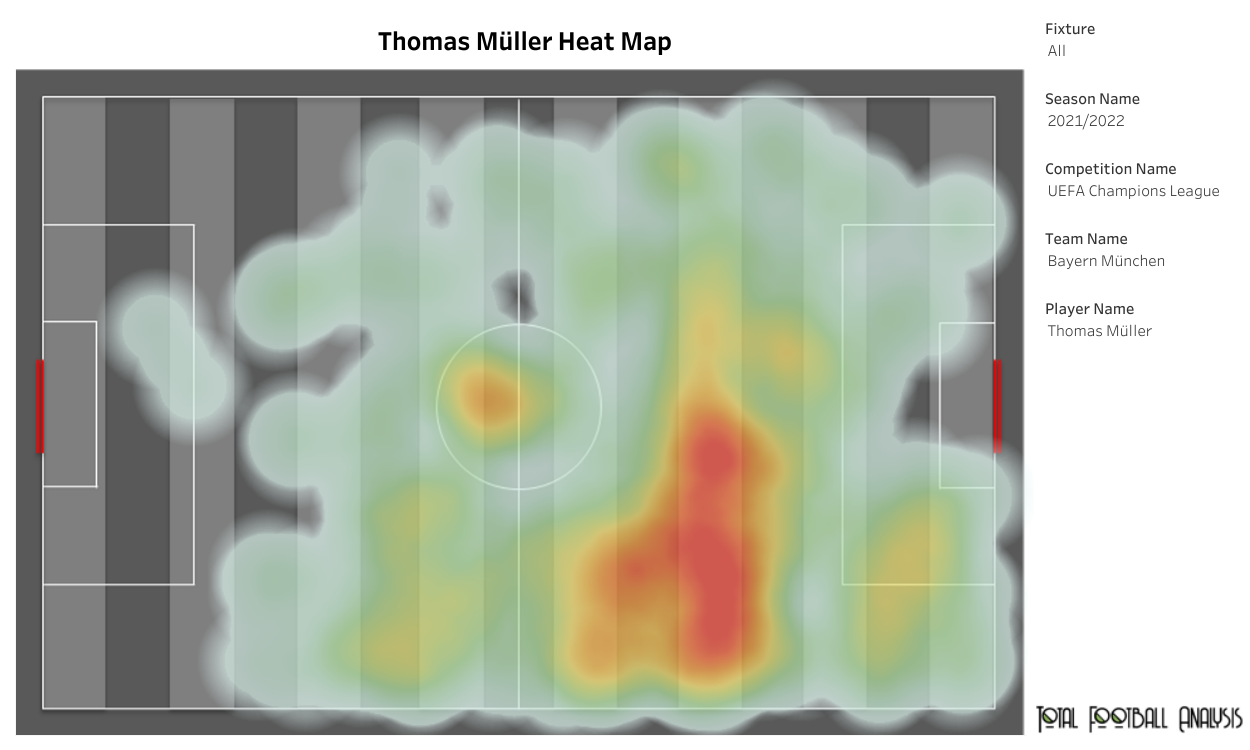 Thomas Müller continues to shine for Bayern Munich on and off the field. His current deal with Die Roten expires in June 2024, and the Bayern hierarchy will be looking to extend that contract sometime during the course of the campaign.