Bayern Munich have been linked with the signature of Sadio Mane from Liverpool in the last few days. The contract of the Senegalese forward expires in June 2023, and he is yet to extend it. Should the 30-year-old decide to leave Merseyside, the Reds might want to cash in instead of losing him for free. In this article, we will look at how Sadio Mane might fit in Julian Nagelsmann’s system at the Allianz Arena if he joins Bayern. 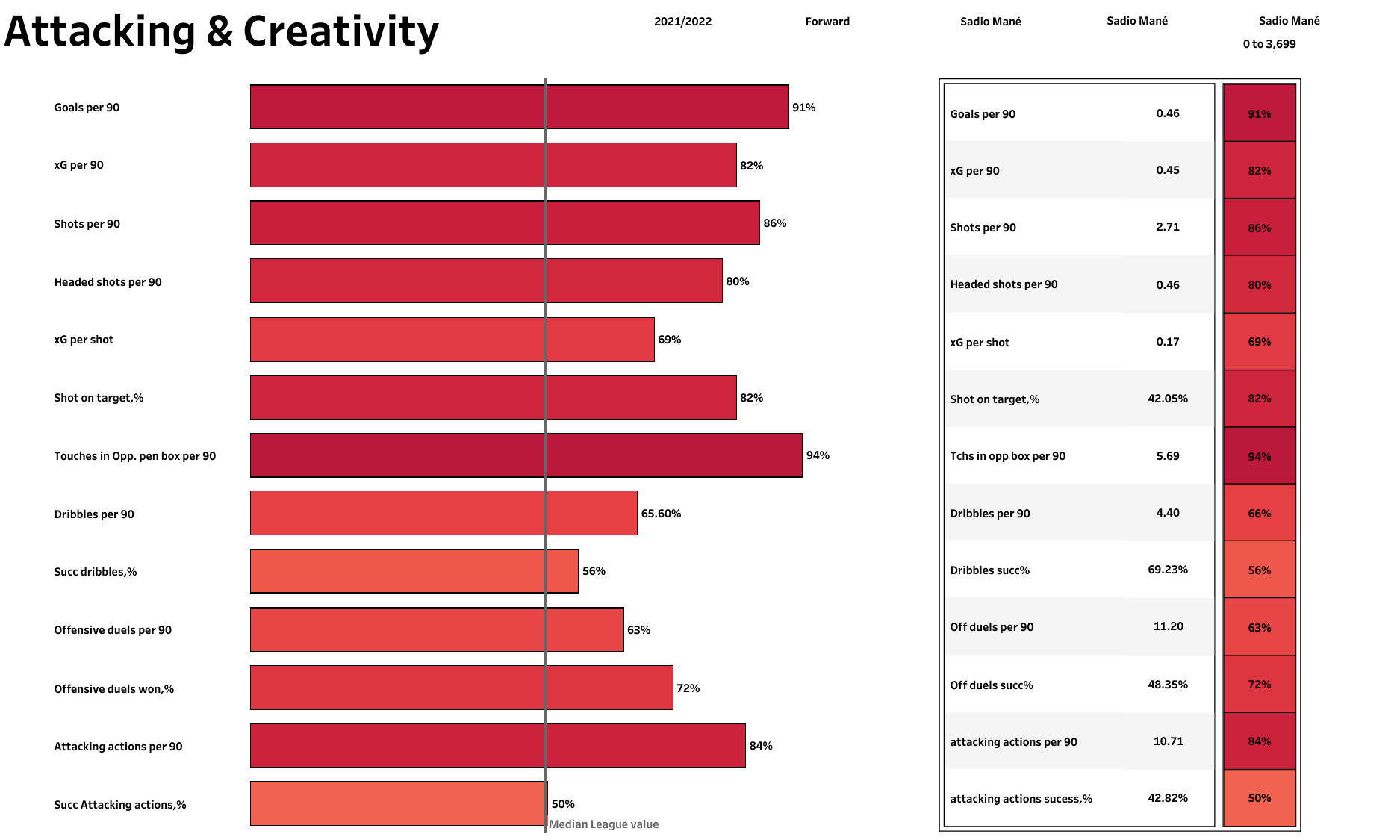 Sadio Mane has played 33 league games for Liverpool this season, scoring 15 goals and providing two assists. Having played 2729 minutes of league football, Mane has been involved in a goal every 160 minutes. The Senegalese has scored at a rate of 0.46 goals per 90, putting him in the top 9% of the wingers in the league. His xG per 90 stands at 0.45, and he manages to hit 42.05% of his shots on target. Mane also takes 5.69 touches per game in the opposition’s penalty area, and he completes 69.23% of his dribbles. 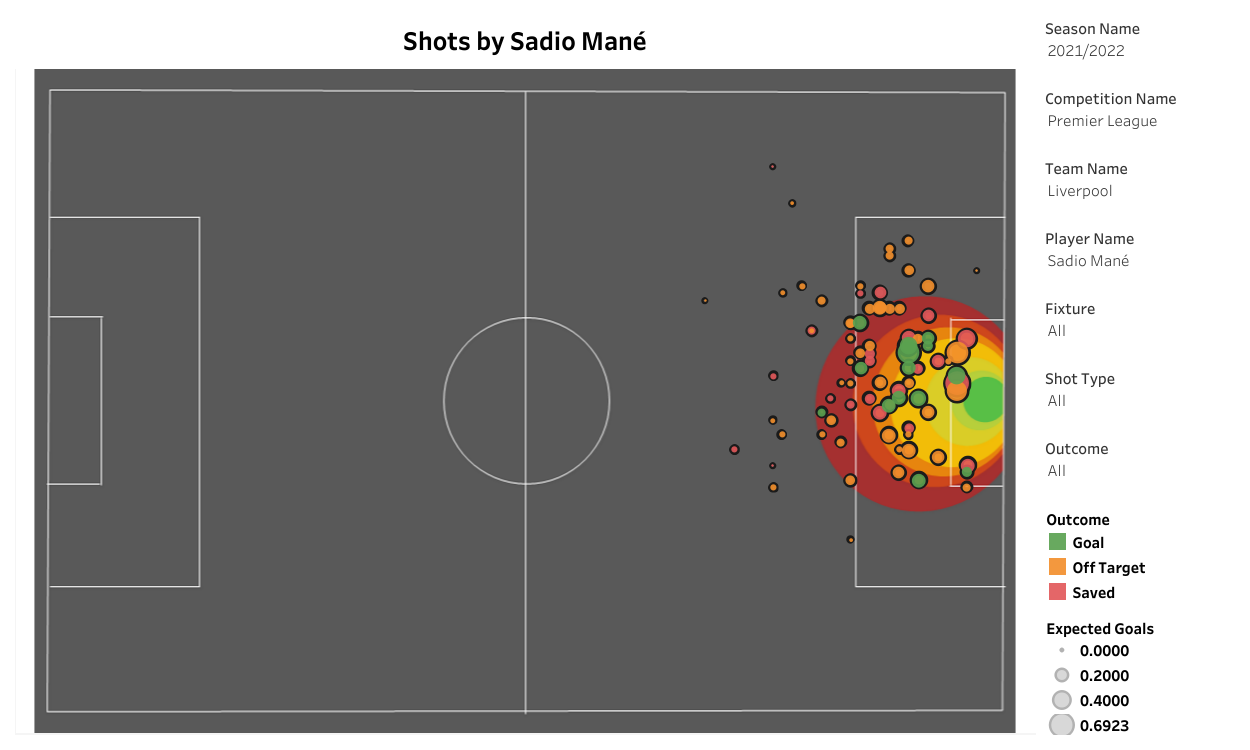 Given above is the shot map of Sadio Mane in the Premier League this season. All but one of his 15 goals have come from inside the box. The Senegalese has taken 96 shots and netted 15 goals, giving him a conversion rate of 6.4 shots per goal scored. All of his 15 goals have come from non-penalties, and his average shot distance this campaign, according to FBREF, is 13.2 yards. 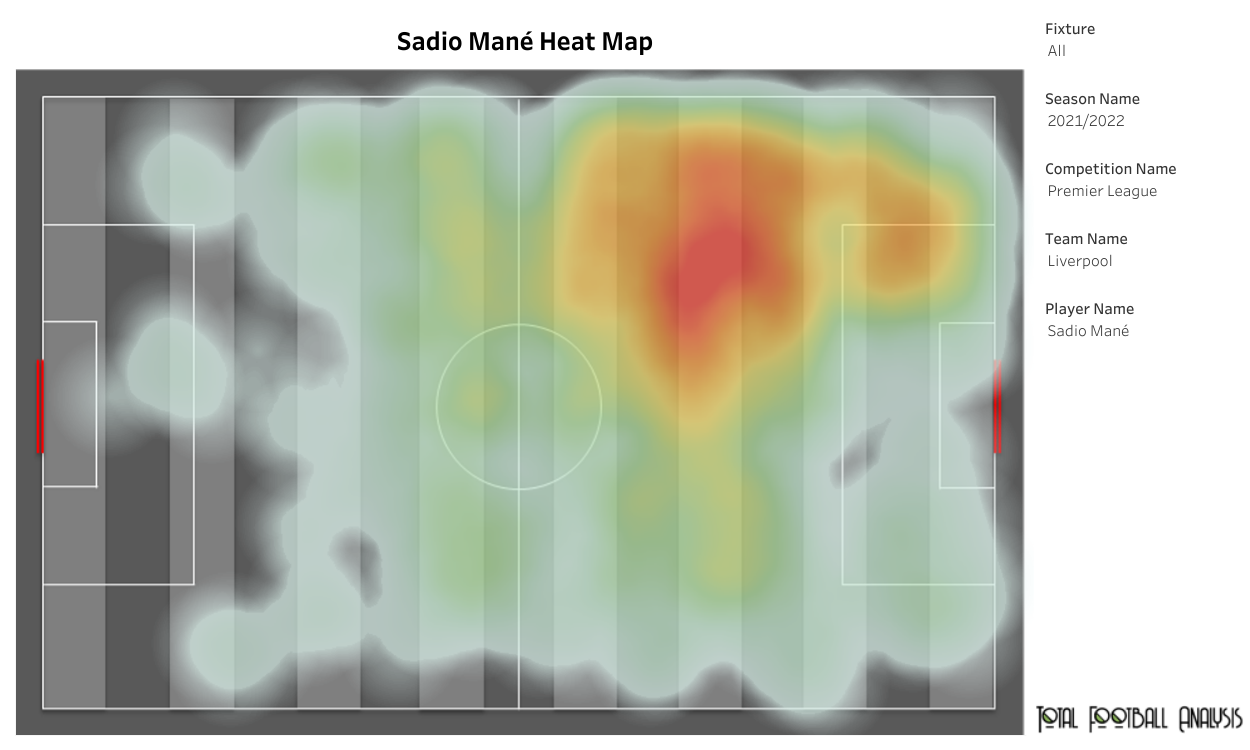 Sadio Mane has operated on the left wing for Liverpool this season in a front three with Mohamed Salah, and one of Roberto Firmino or Diogo Jota or more recently, Luis Diaz. However, since Bayern Munich already have Leroy Sane and Kingsley Coman there, the Senegalese might switch to the right flank where he has played before for Liverpool, specifically in the 2016/17 season, before Mohamed Salah’s arrival. With Serge Gnabry’s contract also expiring in June 2023, he might just be the ideal replacement for the Bavarians. 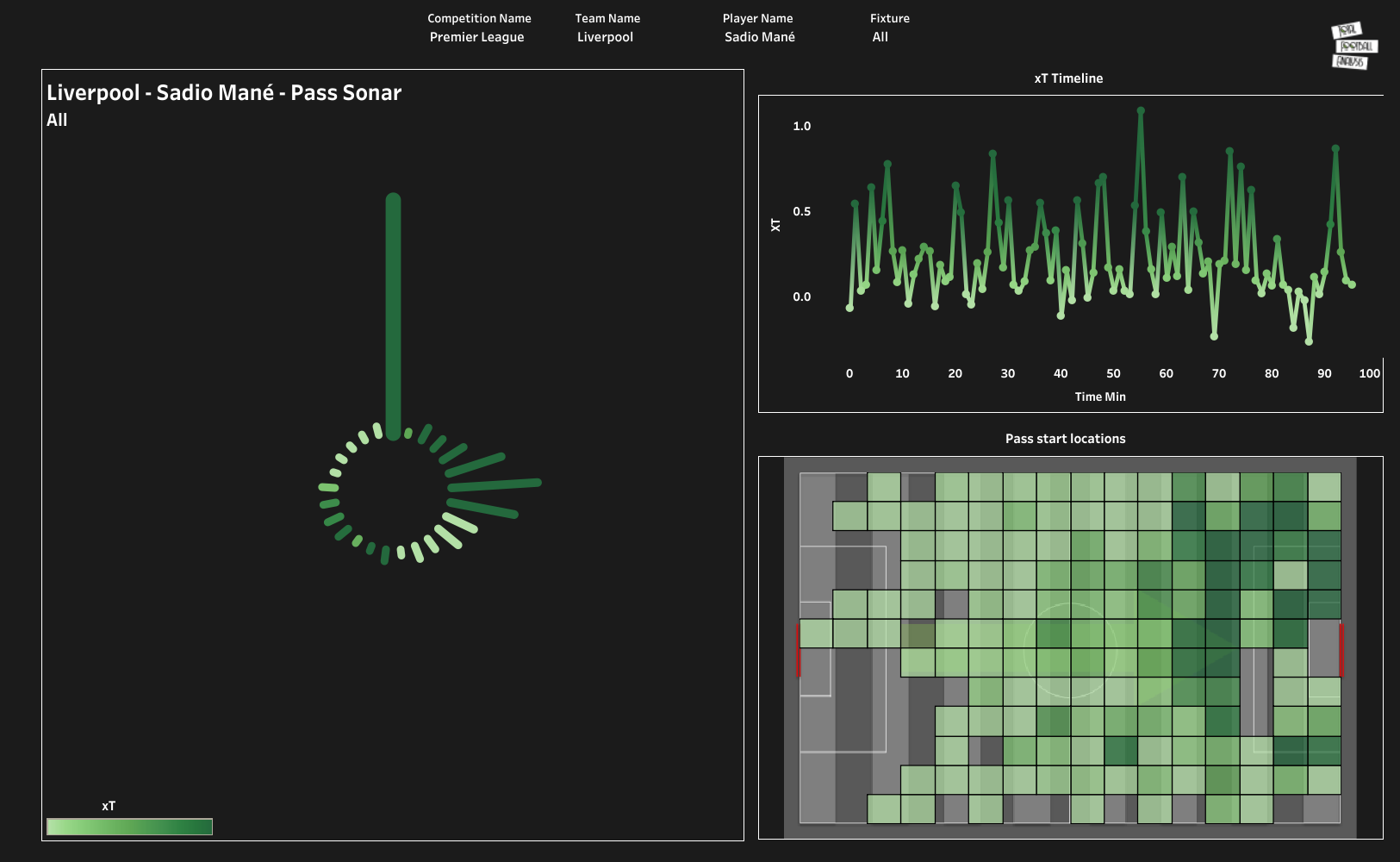 Seen in the above visual are the pass sonar, xT timeline and map of Sadio Mane for Liverpool in the Premier League this season. He frequently generates an xT value of 0.5 or more throughout a match, occasionally touching 1.0. His primary threat creation zone is on the left wing in the final third as well as in the opponents’ penalty area. His 54 passes into the penalty area from the left flank have generated high xT values.

There might be a summer of change at Bayern Munich, with the possible outgoings of Robert Lewandowski and Serge Gnabry. Sadio Mane may be a good choice to replace the latter as he has at least three more seasons at the upper echelons of the European game.