Bayern Munich clinched their 10th successive Bundesliga title last season, but all was not rosy in Julian Nagelsmann’s first campaign with the Bavarians. They were eliminated very early in the DFB Pokal and suffered a surprise exit to Villarreal in the UEFA Champions League. Signings like Marcel Sabitzer did not work for the team. So, Die Roten have once again bought a midfielder. This time, it is Ryan Gravenberch from Dutch giants Ajax Amsterdam. The youngster emerged from the fabled youth academy and grew into the team, particularly after the departure of Frenkie de Jong to Barcelona. 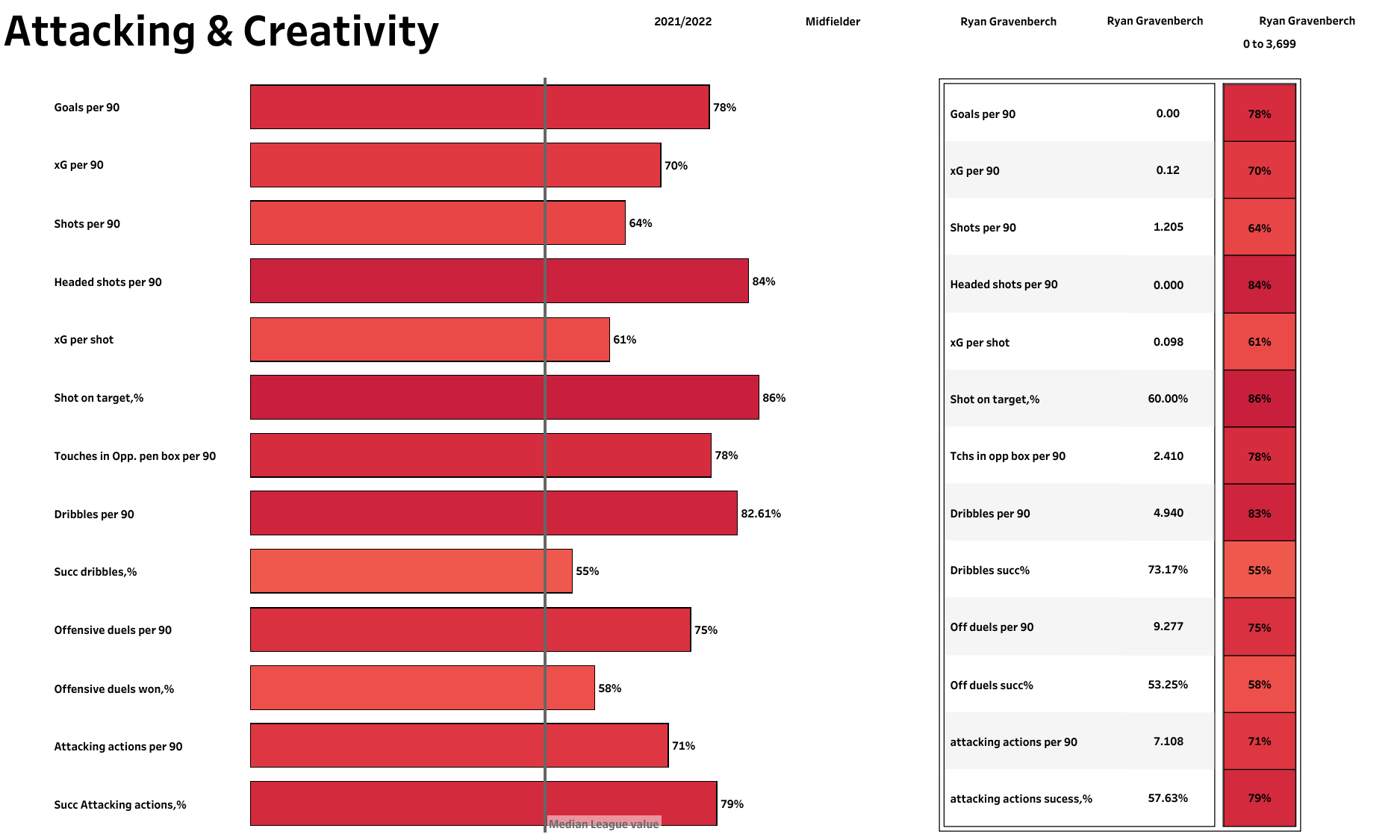 Gravenberch featured for Ajax in 42 games across all competitions last season, including all eight in the UEFA Champions League. He played all but 17 minutes of action in the competition and provided one assist. He fired off 1.2 shots per 90 and hit 60% of his attempts on target. The Dutchman registered 2.4 touches in the opponents’ penalty box per 90 and attempted close to five dribbles per 90, putting him in the upper quartile of both categories. He was involved in more than nine offensive duels per 90 and seven attacking actions per 90. 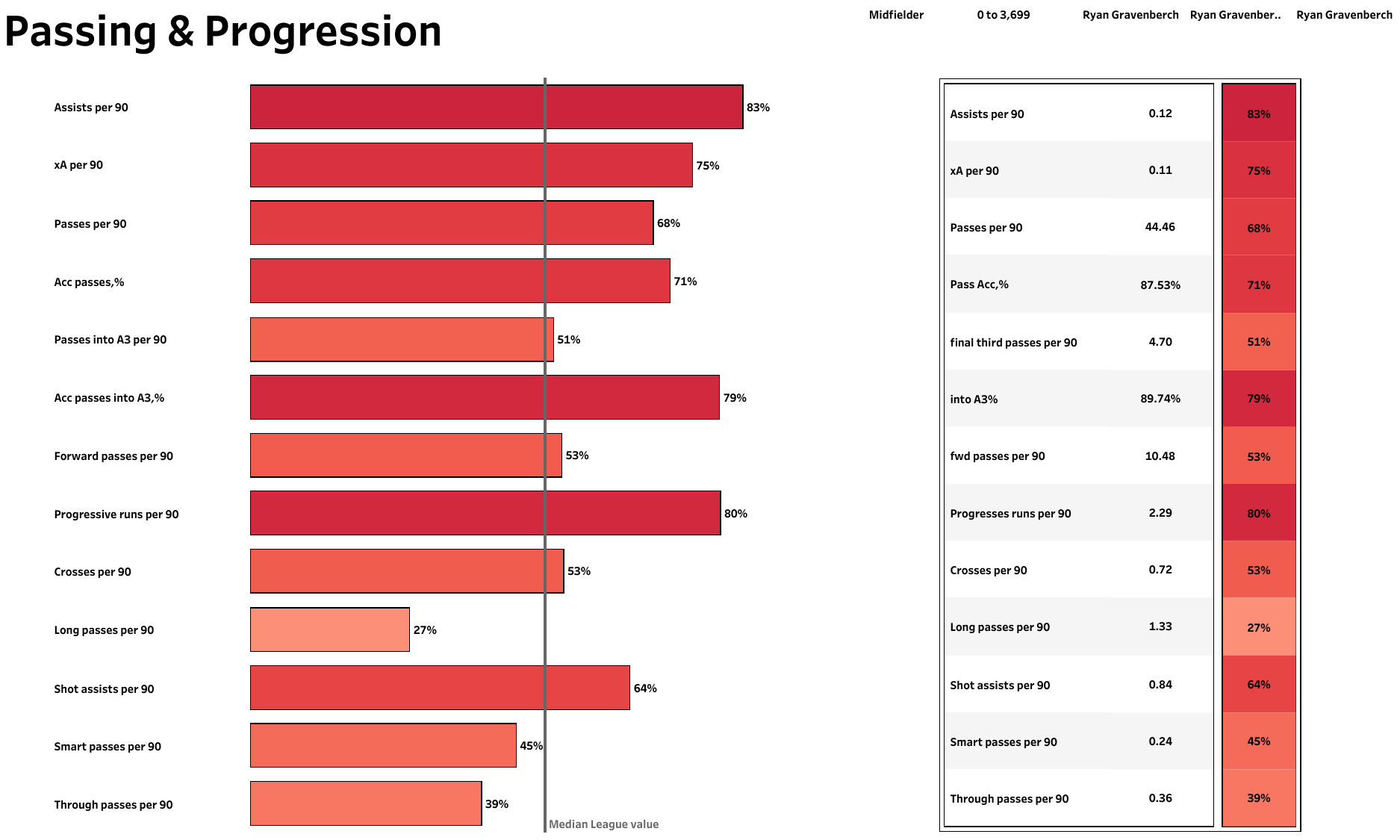 Gravenberch provided one assist, which is about the same as what xA estimated. He was an important member of Erik ten Haag’s side’s build-up play, averaging close to 45 pass attempts per 90 at an accuracy of 87.53%. His pass accuracy into the attacking third of 89.74% was more than his overall pass accuracy. The Dutchman made 2.29 progressive runs per 90, which was good enough for him to be ranked in the upper quintile. He generated 0.84 shot assists per 90, putting him well above average among midfielders in this category. 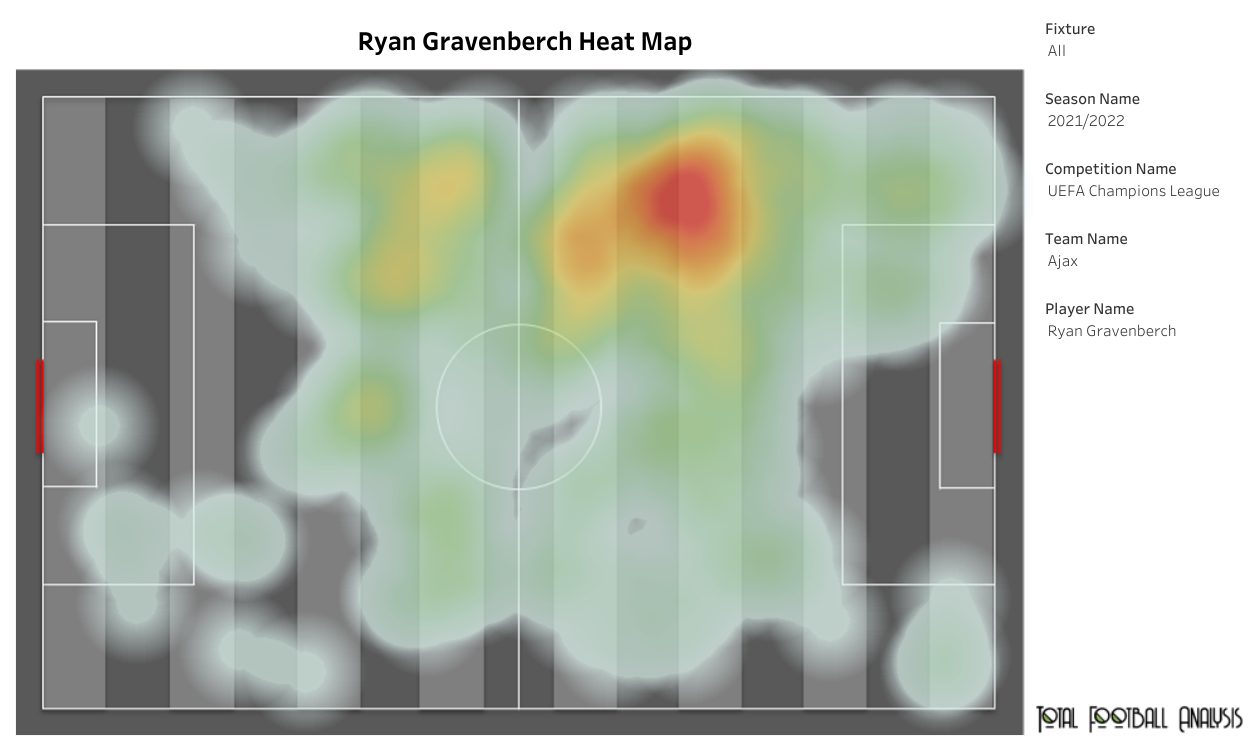 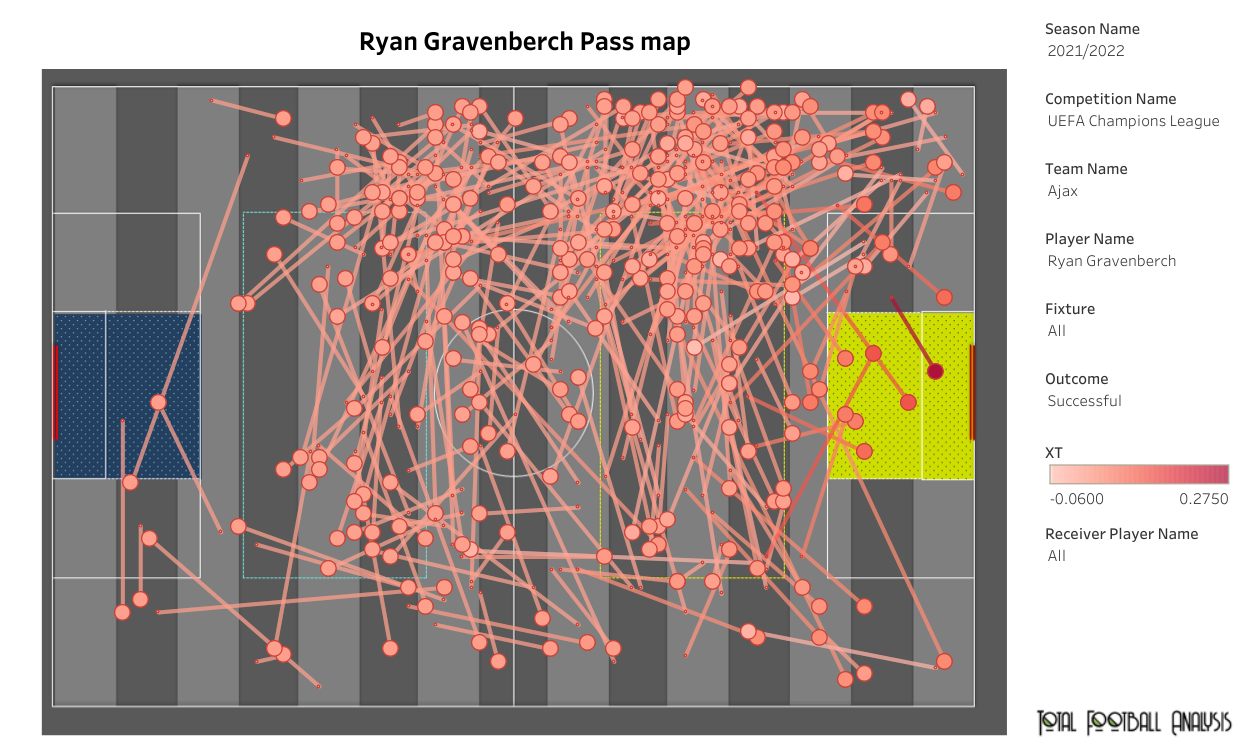 Gravenberch was a reliable passer of the ball for Erik ten Haag’s team. He could take risks as well as play it safe depending on the situation. He completed 4.23 progressive passes per 90, 3.59 balls into the attacking third per 90, 1.67 passes into the oppositions’ penalty area per 90, 7.05 progressive carries per 90 and 3.08 carries into the final third per 90.

While Ryan Gravenberch has enjoyed tremendous growth during the last two seasons at Ajax, performing in Eredivisie as well as in Europe, he can, at best, be eased into the starting XI at Bayern Munich as it might be difficult to dislodge either of Joshua Kimmich or Leon Goretzka.