The upcoming summer transfer window is set to be crucial for the midfield department at Bayern Munich. The Bavarian club is expected to strengthen this area of the squad by signing at least one quality midfielder. Ajax midfielder Ryan Gravenberch is one of the top targets for Bayern. The young midfielder has been identified as an option to improve the midfield department at the club. Gravenberch is set to be the direct replacement of Corentin Tolisso in the current squad at Die Roten. The French midfielder is set to leave Bavaria in June when his current deal comes to an end.

Gravenberch is considered one of the most exciting midfield talents in Europe. He made his debut for Ajax’s senior team at the age of 16. However, it has been a difficult campaign for the teenager this season, and he has not been able to maintain the consistency he showed for Ajax last season.

Ajax currently plays a 4-3-3 tactical system, with one midfielder operating at the base as a number six and two number eights. The Dutch midfielder has excelled as a number eight at Ajax. Gravenberch operates on the left of this midfield three. His heat map suggests that he is a very active player in the middle and operates in the areas previously mentioned. 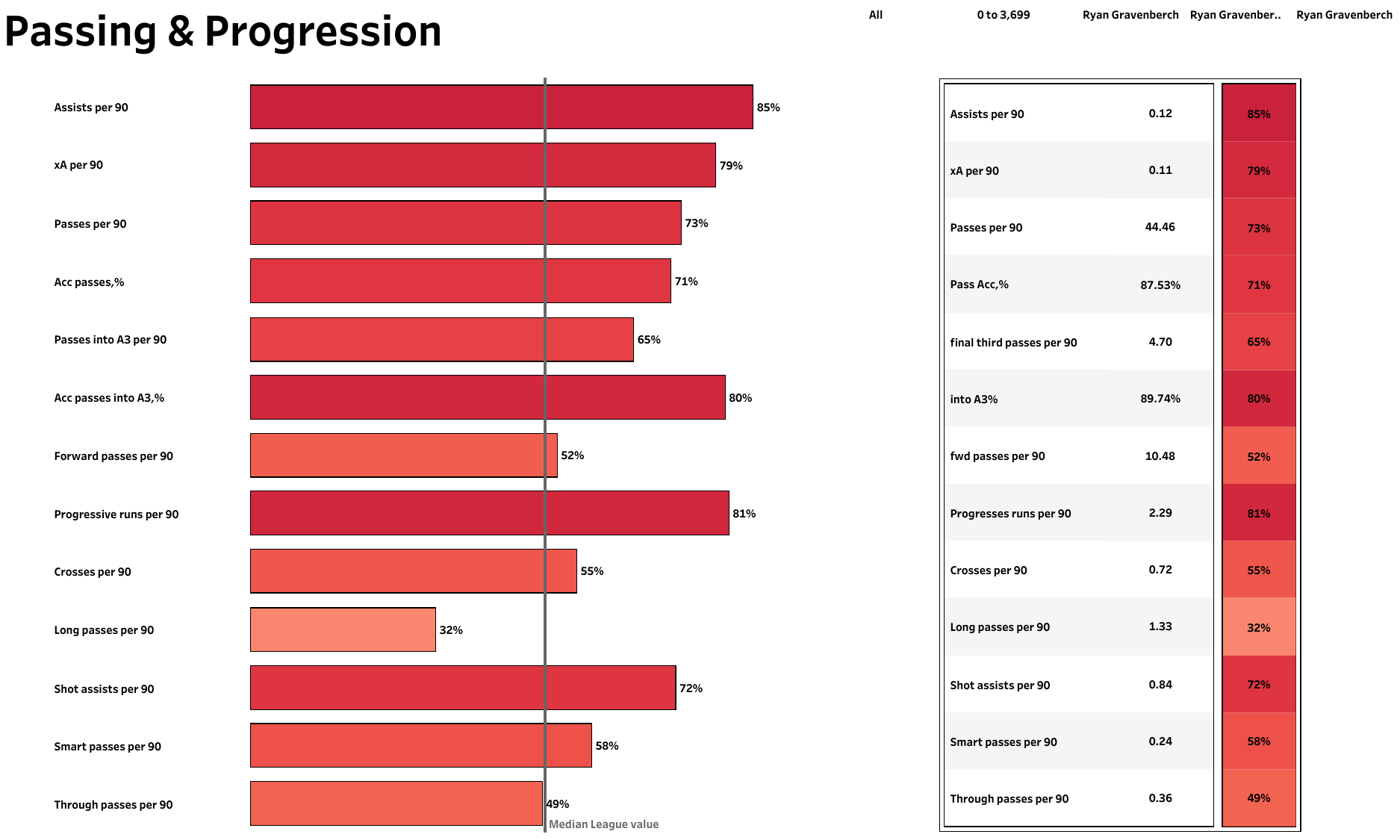 Gravenberch stands at 6’2”, and this allows him to hold his ground physically. He also is very agile and quick with his feet. He looks to help out in the build-up phase, often dropping into the backline to create a numerical advantage or receiving on the half-turn and looking to drive the ball forward. He also looks to advance forward, particularly from the left wing, where he can link up play in the final third. Another real strength in Gravenberch’s game is how he progresses through his ability to carry the ball from deeper areas. Gravenberch has attempted 2.29 progressive runs and has played 10 forward passes per 90 minutes.

Gravenberch is a very good progressive passer of the ball and often looks to break lines with his passing, whether that be from deeper areas or looking to move into the final third. He has great awareness and can spot the runs made by his teammates. He also possesses the technique to make these passes. His pass map indicates that Gravenberch has played a variety of passes on the left side of the pitch and has also put in some great balls into the penalty area. He can play short passes to keep possession of the ball and play passes through the lines of the defense into the final third.

The midfielder has scored two goals so far in this campaign. He has good composure in and around the box when he has possession of the ball and can sometimes create half a yard of space to increase his chance of taking a shot on goal. He has averaged 1.205 shots on goal per 90 minutes and also has been able to keep 60% of his shots on target. 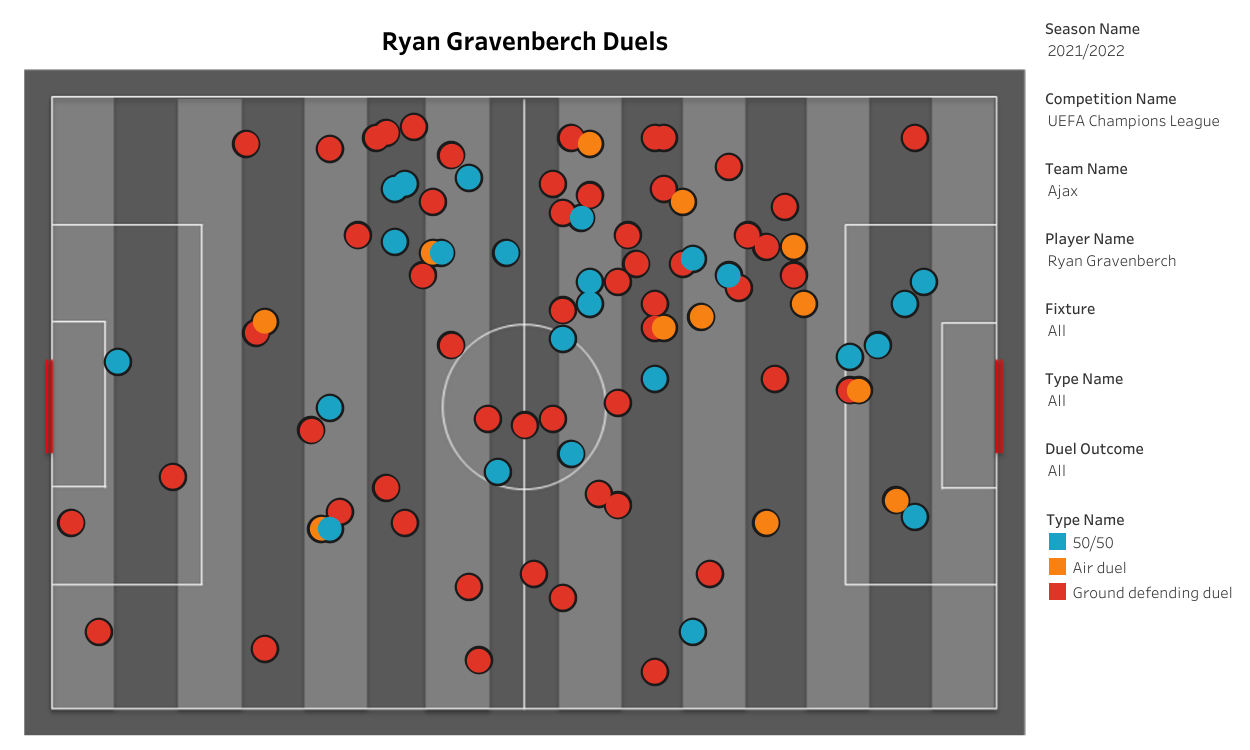 Gravenberch’s tall physique gives him an advantage over most of his opponents in the midfield as he can outpower them in defensive and aerial duels. Gravenberch has attempted 10.36 defensive actions per 90 minutes and has won 68% of these actions. The above visual indicates he has attempted a number of ground defending duels on the left side of the pitch. His defensive game might need improvement, but he has all the physical qualities, as well as the awareness to build on this area of his game.

Ryan Gravenberch is a player blessed with tremendous and unique midfield qualities. He can be a great addition to Bayern’s midfield if they can acquire his signature in the summer window.