Bayern Munich clinched their 10th consecutive Bundesliga title this season. However, their exit in the Champions League quarter-final against surprise-package Villarreal left them disappointed. To strengthen their squad, Bayern Munich have confirmed the signing of right-back Noussair Mazraoui from Ajax on a free transfer. The Moroccan will join the Bavarians from 1st July 2022. In this article, we will look at how he might fit in Julian Nagelsmann’s system. 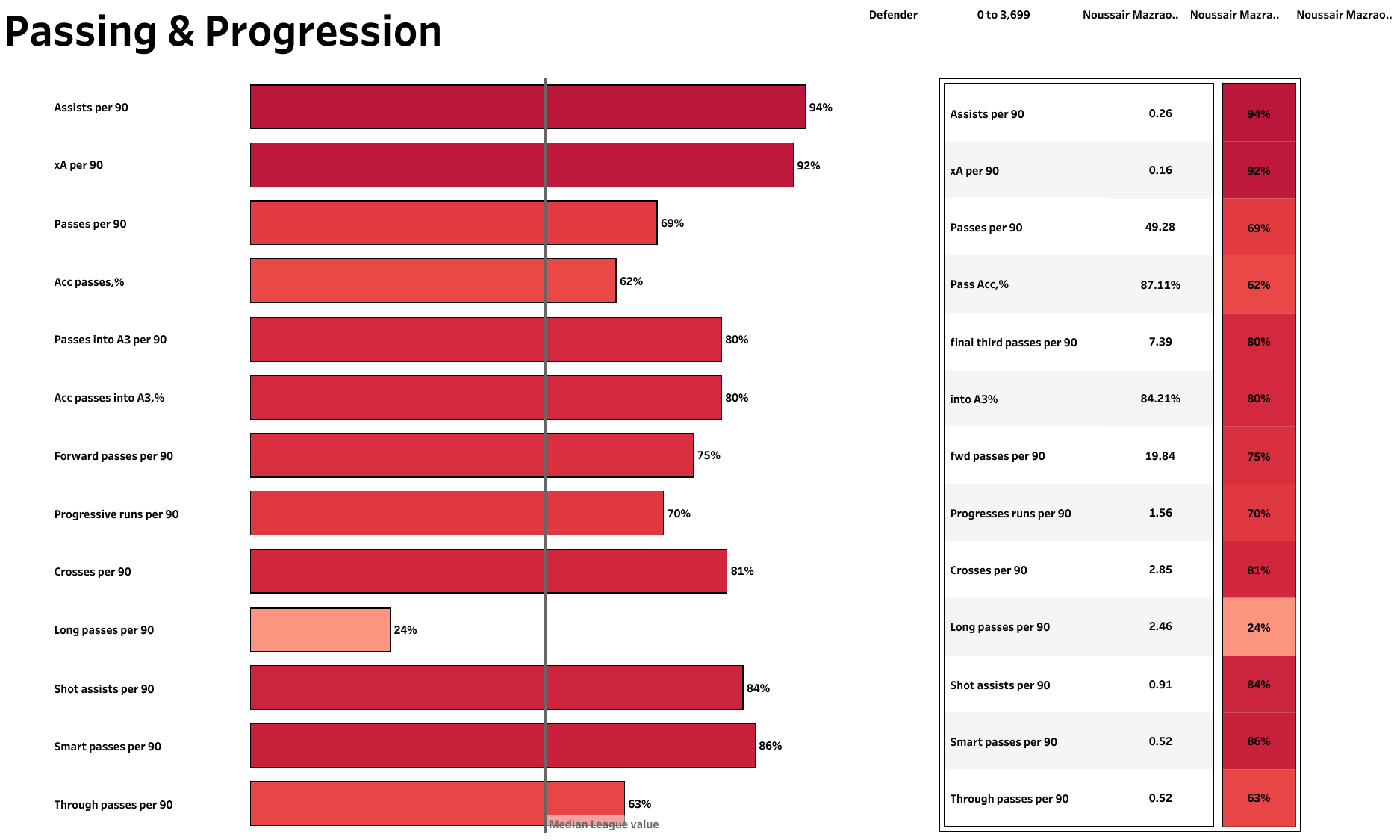 Mazraoui registered two assists in eight games for Ajax in the UEFA Champions League this season at a rate of 0.26 assists per 90. The Netherlands-born Moroccan international had an xA of 0.16 per 90, meaning he outperformed on his xA this campaign. Mazraoui’s pass completion rate stood at 87.11%. His pass accuracy into the final third was an impressive 84.21%, and he attempted 7.39 of these every game. Mazraoui delivered 2.85 crosses per 90 as well. 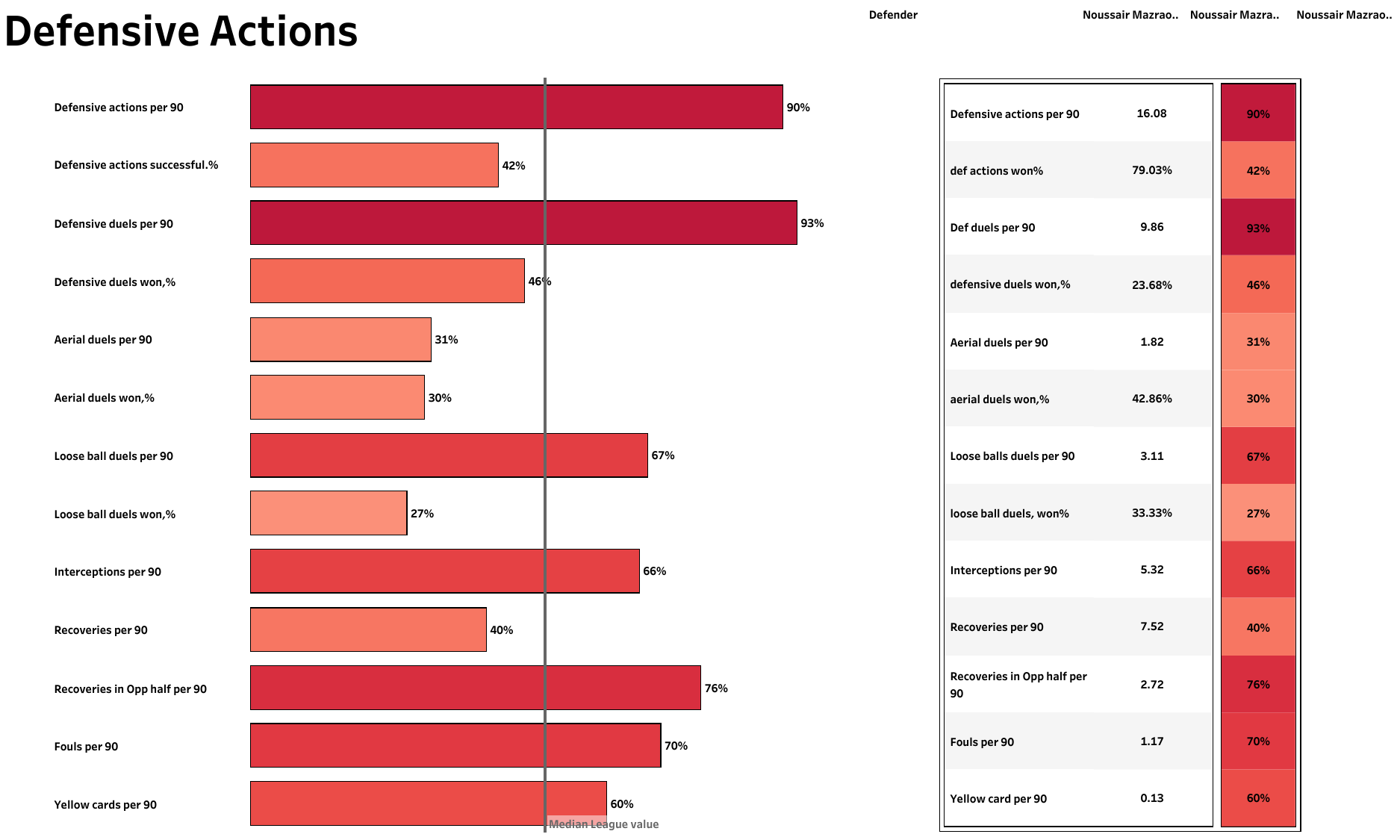 Mazraoui has attempted just over 16 defensive actions per 90, coming out successful in nearly four-fifths of these. The Moroccan ranks in the top 7% of defensive duels attempted per 90, having nearly 10 attempts in this category. He has also recovered 3.11 loose balls per 90, made 5.32 interceptions per 90 and 2.72 recoveries in the opposition’s half per 90, all of which ranks him in the top 30% of all full-backs. One area of improvement that Bayern might have to work on is his aerial ability. Despite standing at 183 cm tall, the Moroccan right-back has won only 42.86% of his aerial duels. 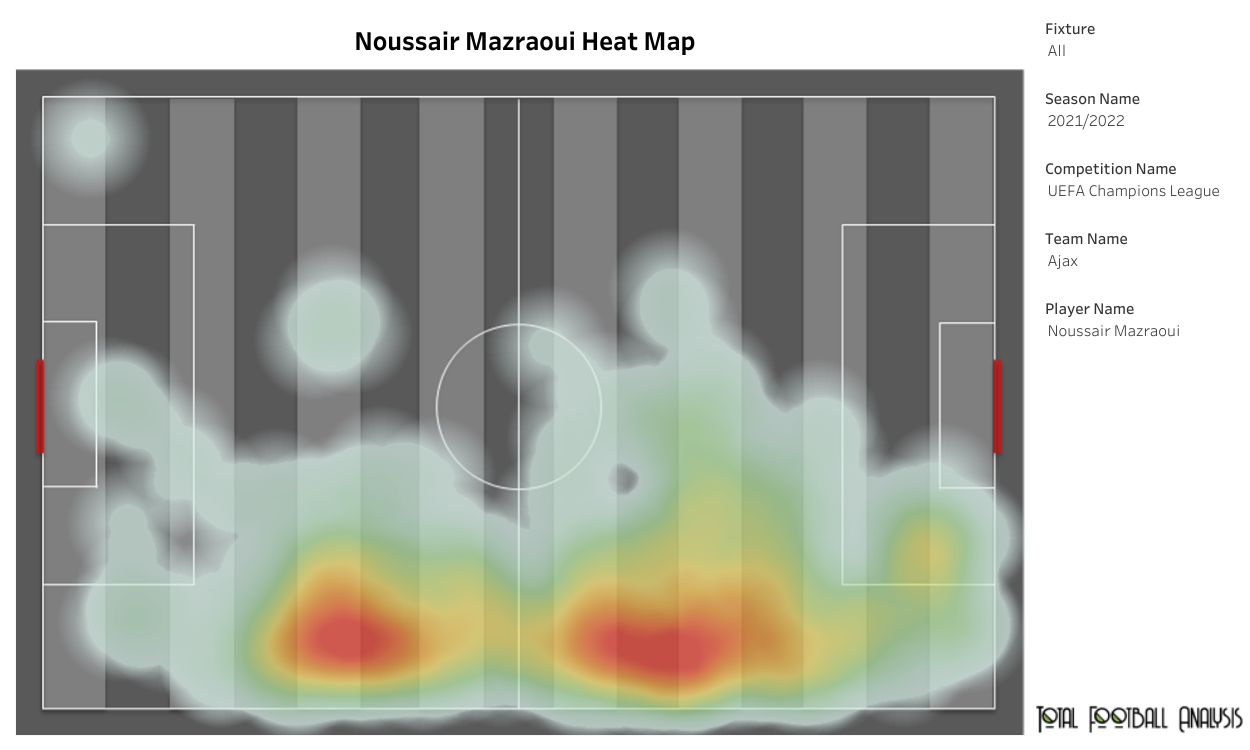 Mazraoui, as a right-back, primarily operates on the right wing. He has been most involved in the midfield, but he is also performing defensive actions in his third as well as providing threats in the attacking third. The Dutch-born Moroccan has completed 10 key passes, 47 progressive passes, 36 passes into the final third and 17 passes into the opposition box in this UEFA Champions League season. Defensively, Mazraoui has 99 pressures, 44 tackles and interceptions, 14 blocks and 13 clearances. 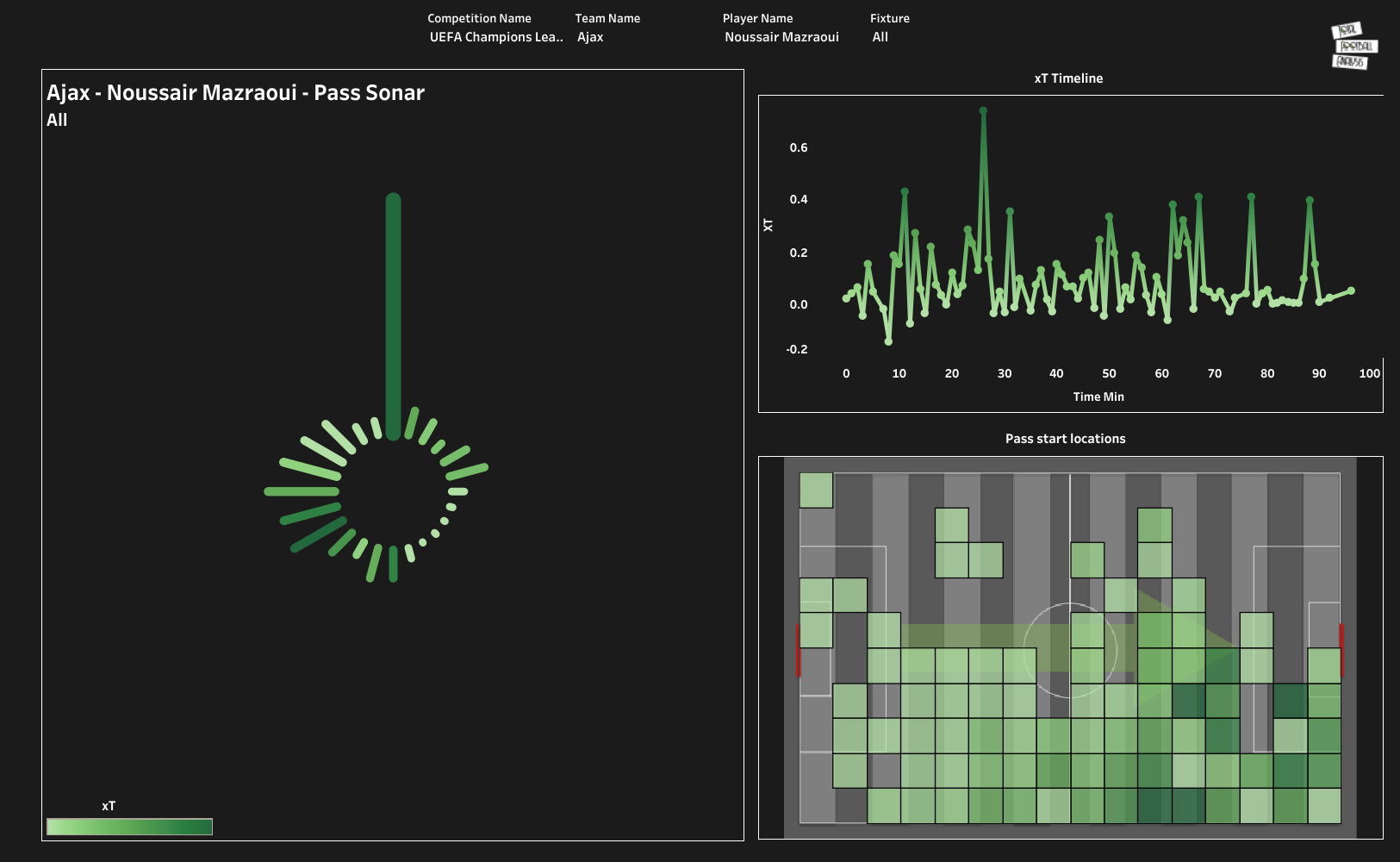 Shown above is the pass sonar, xT map and timeline of Mazraoui in this season of the UEFA Champions League for Ajax. The Moroccan right-back has been very effective in the final third with his passes as well as his carries. In the latter category, he has had 54 progressive carries and 22 carries into the final third. His 17 passes into the opponents’ penalty area have generated a lot of xT.