The upcoming summer transfer window will be crucial for Bayern Munich’s defensive department. The defending German champions will want to add at least two defenders to their squad. Bayern are trying to improve their right-back position, and during the last three summer transfer windows, the Bavarian club has attempted to develop this section of the squad. Bayern have approached one of Europe’s most exciting defenders in the search of finding the appropriate fit for this position. They are interested in signing Ajax right-back, Noussair Mazraoui.

Mazraoui has excelled in a possession-oriented system at Ajax. His quality on the ball makes him a very attractive defender. Moreover, he has also posted decent numbers in the final third for Ajax, scoring five goals and providing four assists in 20 appearances. The arrival of a new right-back will allow Benjamin Pavard to move into a more central position in their defense, a position in which he has been performing for the German giants. 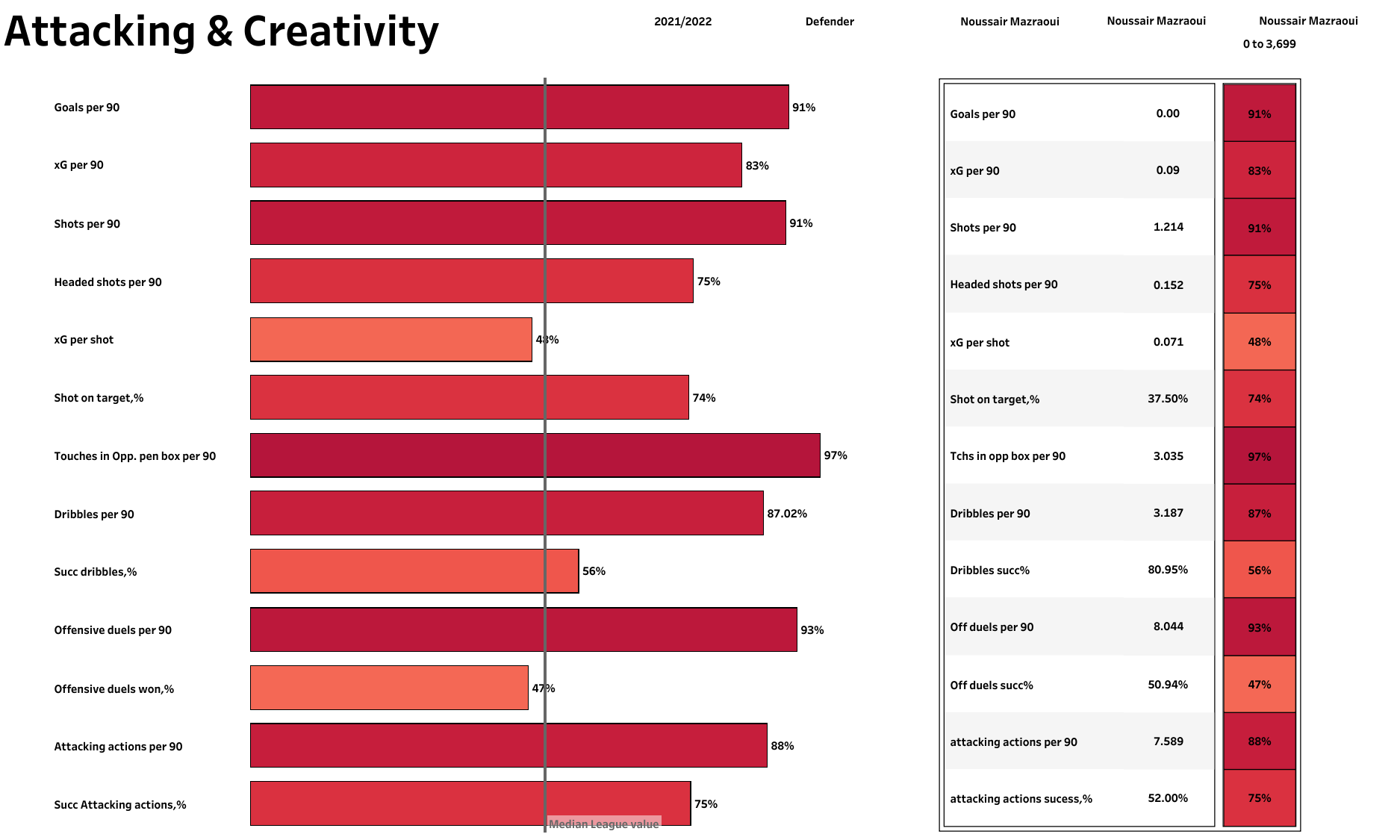 The 24-year-old has started the 2021/22 season strongly, chipping in with five goals and four assists in 28 appearances across all competitions. He also has two assists in the Champions League. The above visual shows us the attacking and creativity metrics for Mazraoui from the UEFA Champions League. The right-back has attempted 7.589 attacking actions per 90 minutes and has been able to complete 52% of these actions. He has been ranked highly for the number of dribbles he attempted down the right flank and also has a high success rate. 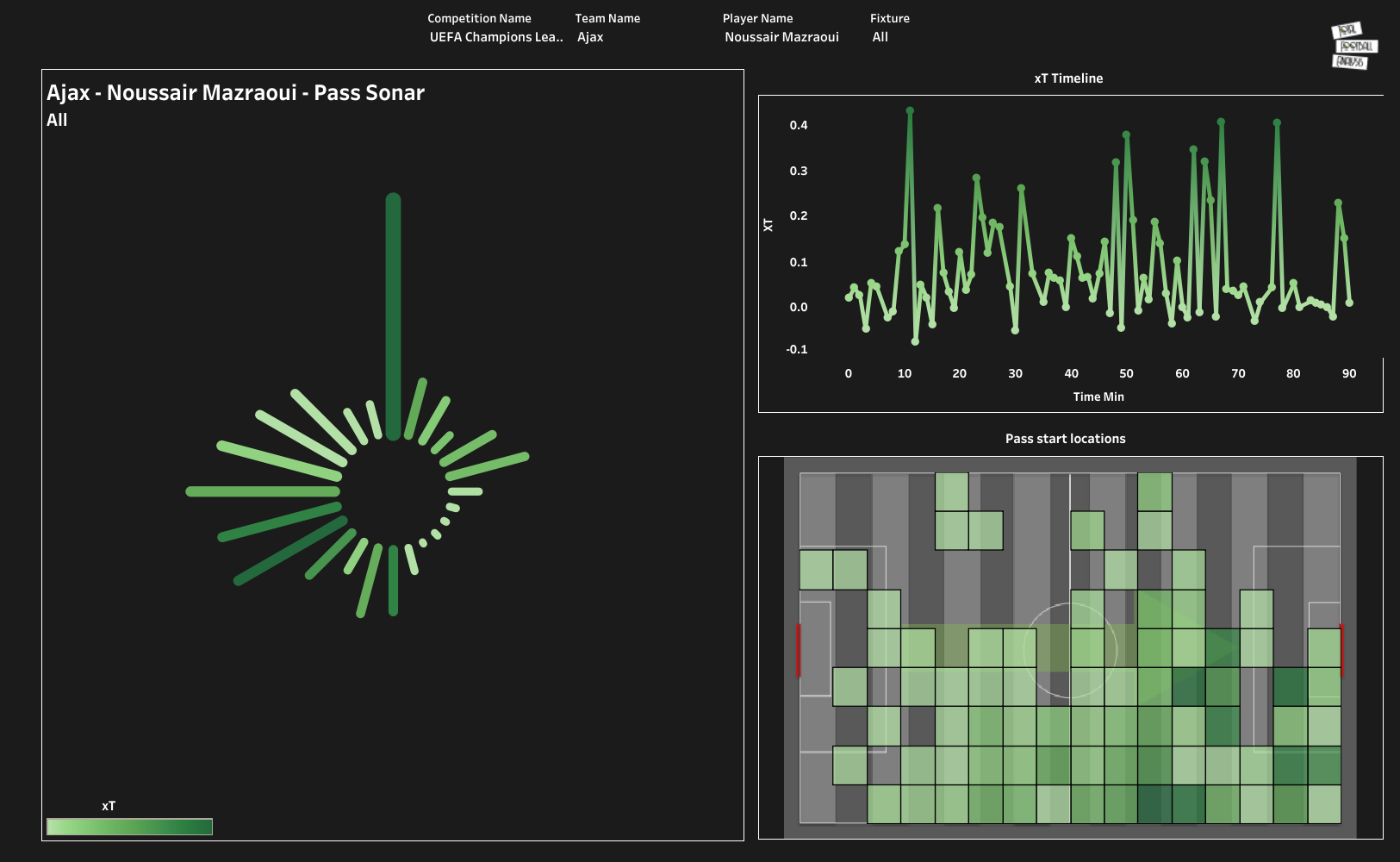 The above visual shows us the pass sonar for the right-back and also his pass start locations. The pass sonar indicates most of his passes have been forward passes as Ajax play a more direct style of football which is similar to Real Madrid’s style of play. His pass start locations show us the different locations from which he has imposed a high threat to the opponent’s defense. The xT timeline indicates that he has also been a huge threat throughout the 90 minutes in his games. 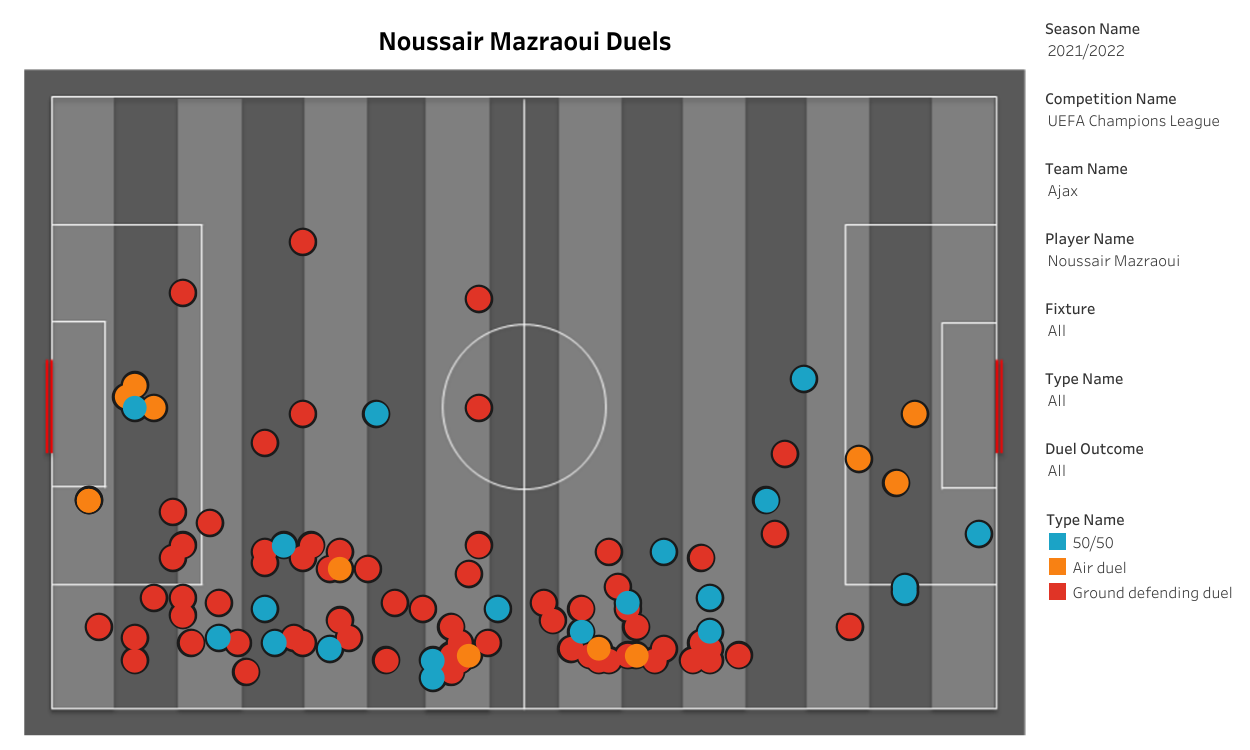 Mazraoui is currently under the radar of several big clubs in Europe due to his performances for Ajax this season. Spanish giants Barcelona and Real Madrid have both shown strong interest in the right-back and will make a move for him in the summer. Bayern need a player who can make the right-back position his own and can be a regular starter for them. Nagelsmann has been using his attacking forwards as wing-backs in his current system and would want a player who can naturally play in that position.