Bayern Munich look pretty settled in the defensive department as they have the likes of Dayot Upamecano, Lucas Hernandez, Benjamin Pavard and Alphonso Davies in their ranks. On 1st July 2021, they added Moroccan right-back Noussair Mazraoui from Ajax on a free transfer. However, according to reports in Germany, the 32-time Bundesliga Champions are ready to battle with Chelsea for the services of the Netherlands and Juventus centre-back, Matthijs de Ligt. If successful, he would instantly upgrade the already formidable defence at the Allianz Arena. 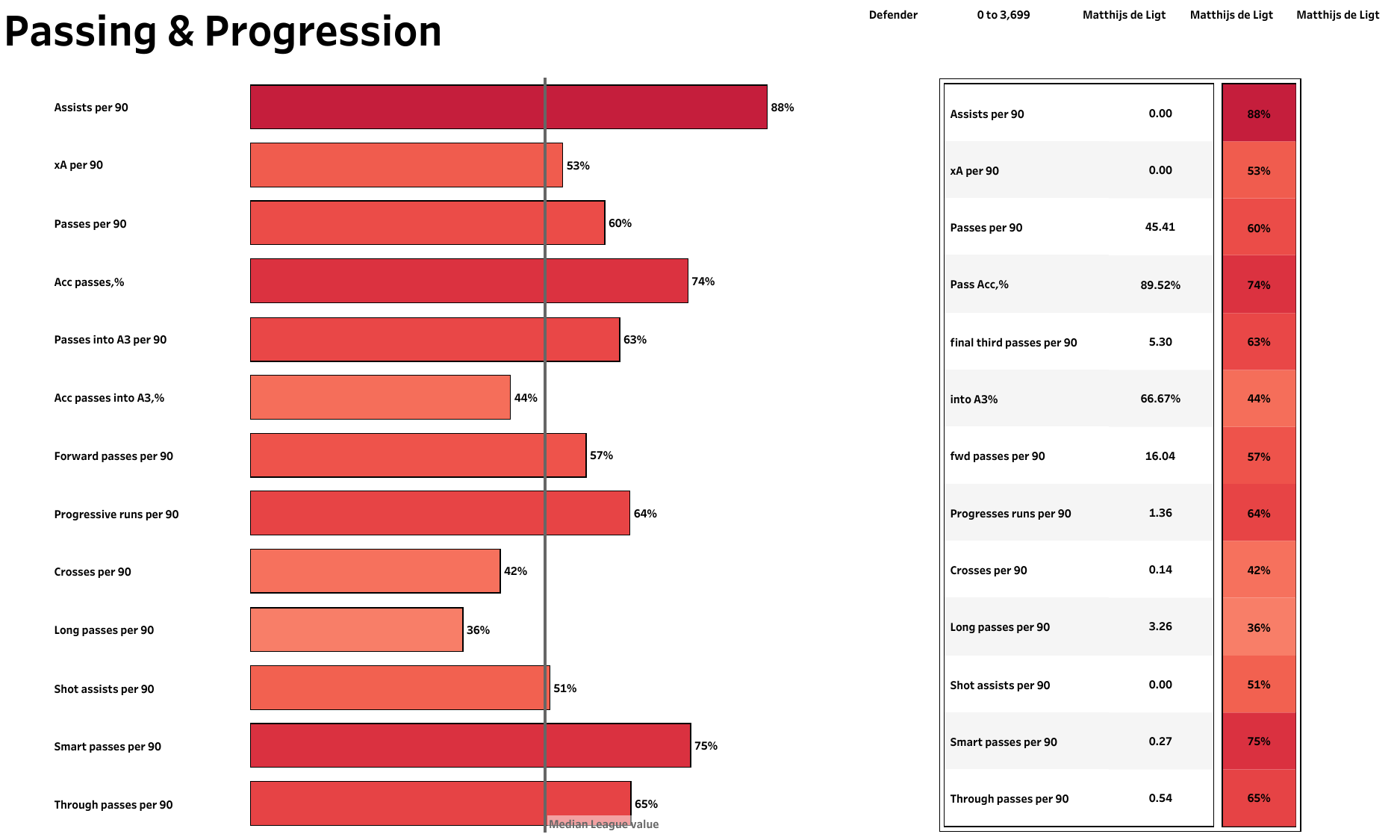 De Ligt played 625 minutes in seven appearances for Juventus in the 2021-22 UEFA Champions League. He failed to score or assist during his time on the pitch. The Dutchman was quite engaged in the game, averaging almost 45 pass attempts per 90 minutes and he had a respectable pass accuracy of 89.52%. He made 1.36 progressive runs per 90, putting him in the top 40% of defenders. De Ligt also produced 0.27 smart passes per 90, putting him in the upper 25% among defenders.

While de Ligt was a strong passer for Juventus, it was his defensive abilities and stats that helped him rise up the ranks. The Dutchman may have tried only 10.88 defensive actions per 90, but he won 88.75% of them, putting him in the top quintile. In defensive duels, his victory percentage of 35.9 percent was good enough to be ranked in the top 19% among defenders. He used his towering body of 188 cm to contest 4.76 aerial duels every 90 minutes with a success percentage of 65.71%. He also recovered over three-quarters of his attempted loose ball duels, averaged 5.57 interceptions and more than 10 recoveries per 90. 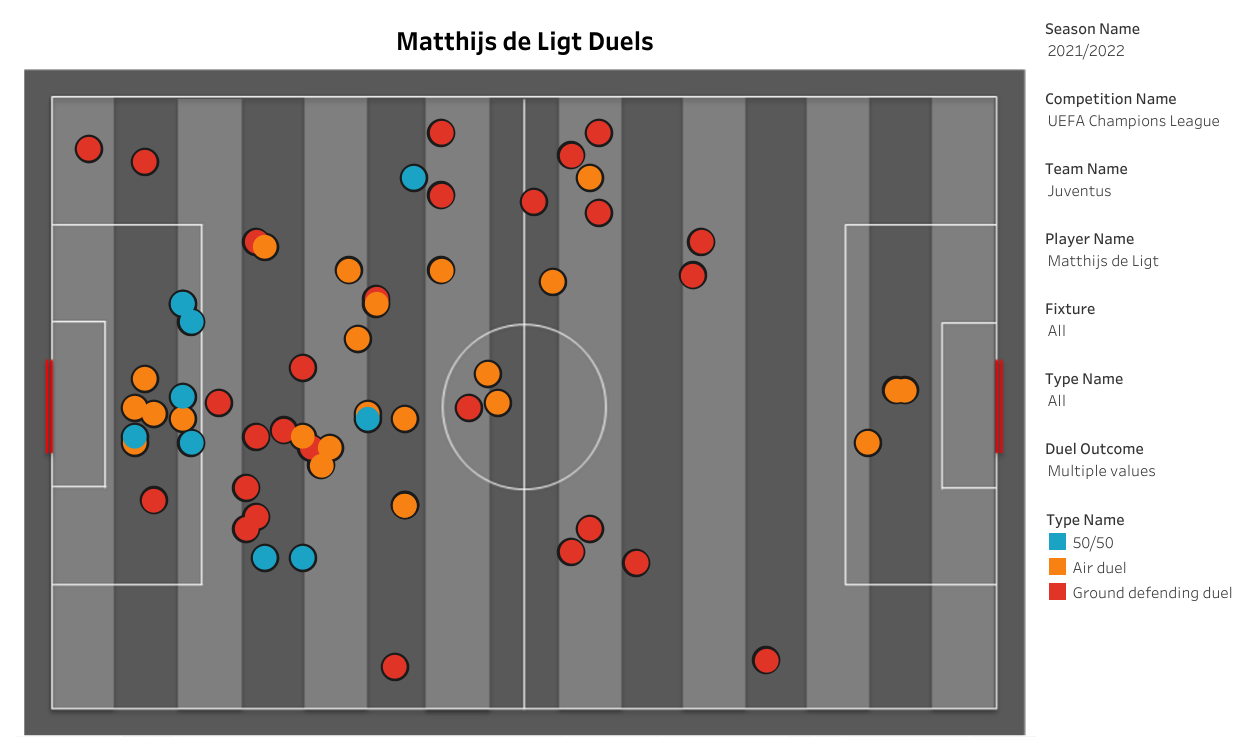 De Ligt won the majority of his duels in the area between his penalty area and midfield. Aerial duels were the most common form of duels he won, followed by ground-based defence duels and 50/50s. He attempted 8.7 pressures per 90, 2.17 tackles and interceptions per 90, 1.59 blocks per 90, and an astounding 4.64 clearances per 90. 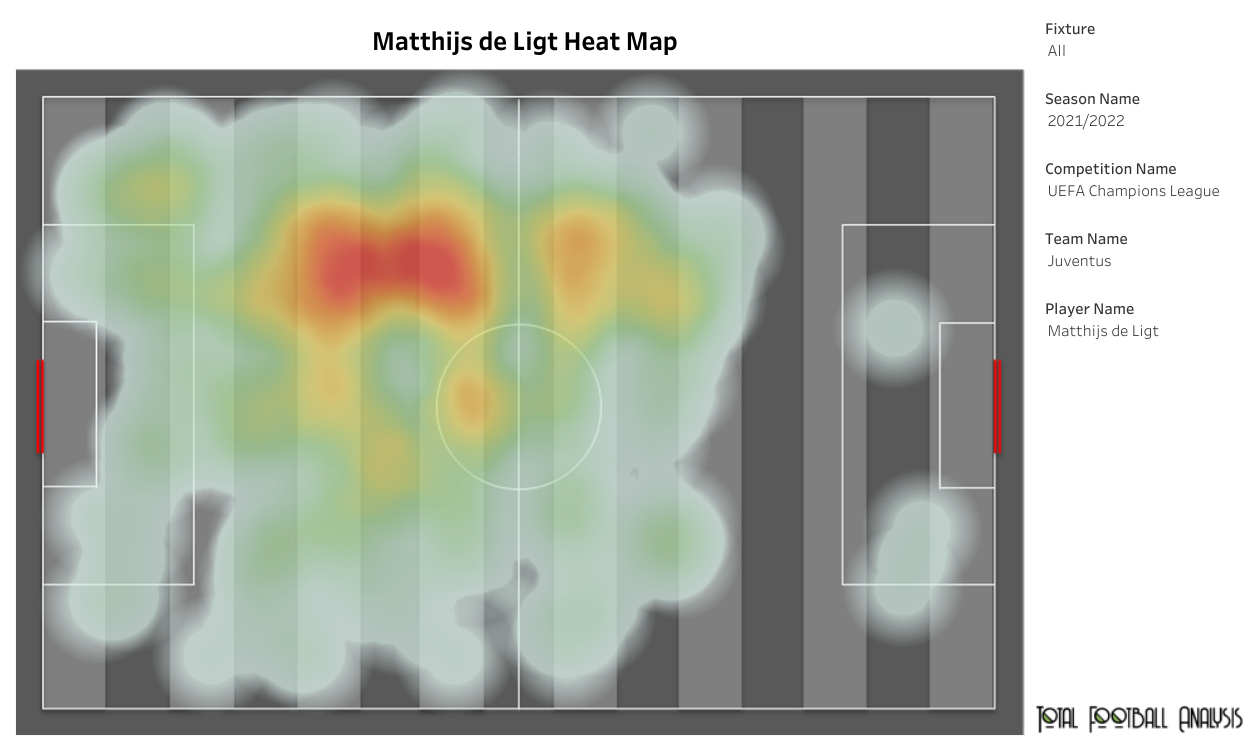 According to the heat map displayed above, de Ligt was most productive in the area between midfield and the defensive third. When necessary, he would make runs into the attacking third. The Dutchman averaged 2.61 progressive carries per 90 and 3.04 passes into the final third per 90 with the ball at his feet.

While Matthijs de Ligt would be a great signing for Bayern Munich, the fee that Juventus could demand (expected to be north of at least €90 million) could be a stumbling block. Moreover, with the likes of Upamecano, Hernandez and Pavard in their ranks, centre-back may not be a priority area for Die Roten. Instead, the Bavarians must focus on bringing in an attacker should Lewandowski or Gnabry leave.