Bayern Munich have not had a reliable backup for Alphonso Davies for years now. Lucas Hernandez may have filled in whenever the Canadian was absent, but he is a centre-back by trade. The signing of Omar Richards from Reading in the summer transfer window of 2021 was meant to be that backup, but he has not performed adequately and may be sent out on loan for the following campaign. In that case, there would be no backup to Davies once again. However, one experienced left-back who could provide cover to the former Vancouver Whitecaps man is Argentine and Sevilla left-back, Marcos Acuña.

Acuña played five games in the 2021-22 UEFA Champions League season for Sevilla as they crashed out of the group stage, finishing third behind Lille and Red Bull Salzburg. The Argentine was on the pitch for a total of 378 minutes. Though Acuña did not score or assist in the competition, he was fairly involved in the build-up play, averaging just over 44 pass attempts per 90. However, the left-back’s pass accuracy of only 80.1% left a lot to be desired, as he ranked close to the bottom-third for defenders in this category. But, to his credit, Acuña averaged 8.78 pass attempts into the final third per 90. 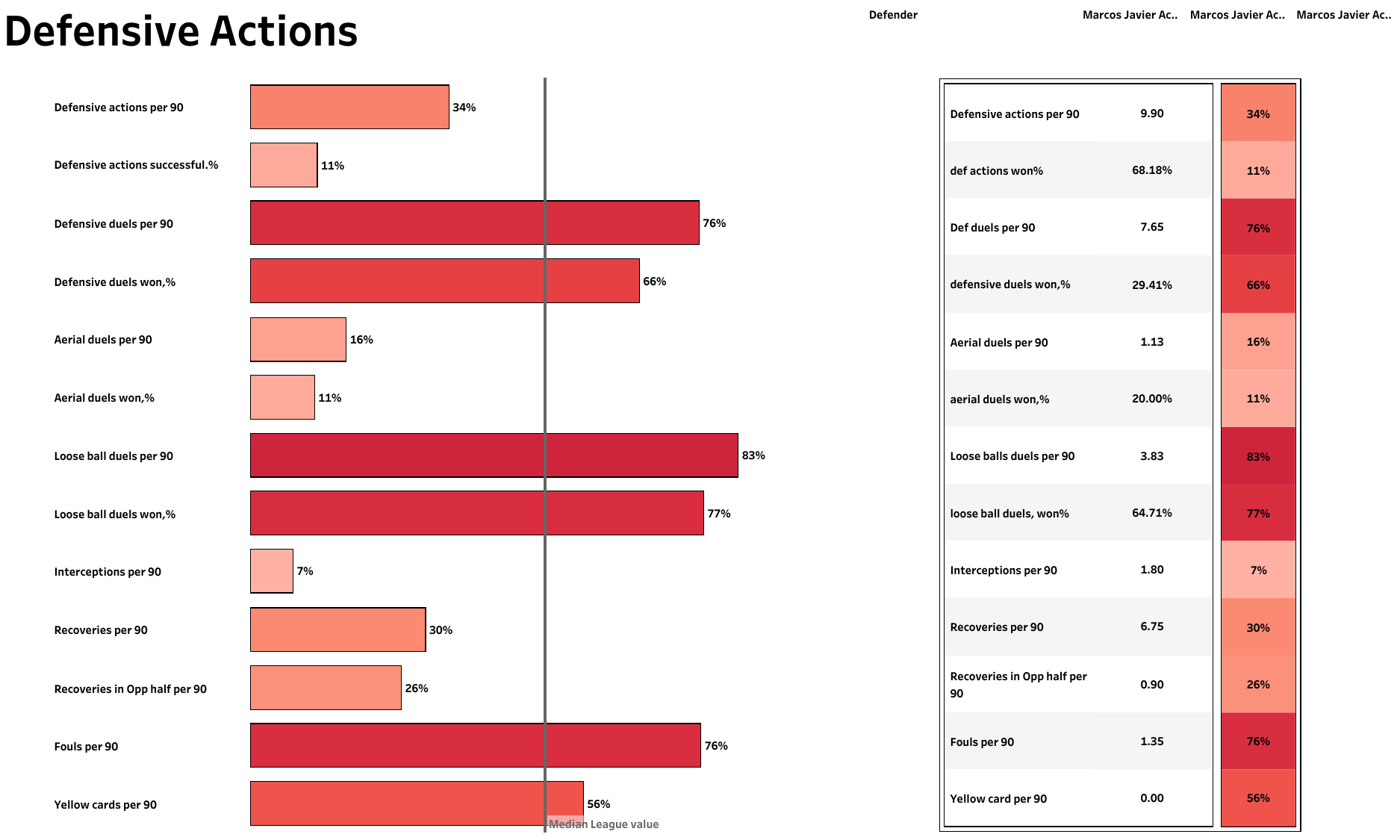 Acuña attempted just under 10 defensive actions per 90 in the recent UEFA Champions League campaign, but his success rate of only 68.18% ranked him in the bottom 11% of defenders. The Argentine left-back was more successful in defensive duels having attempted 7.65 per 90 and winning 29.41% of them. It ranked him in the upper third for defenders. Similarly, Acuña contested 3.83 loose ball duels per 90 and came out successful in 64.71% of the encounters. But the 30-year-old completed only 1.8 interceptions per 90, which put him in the bottom 7% of defenders. 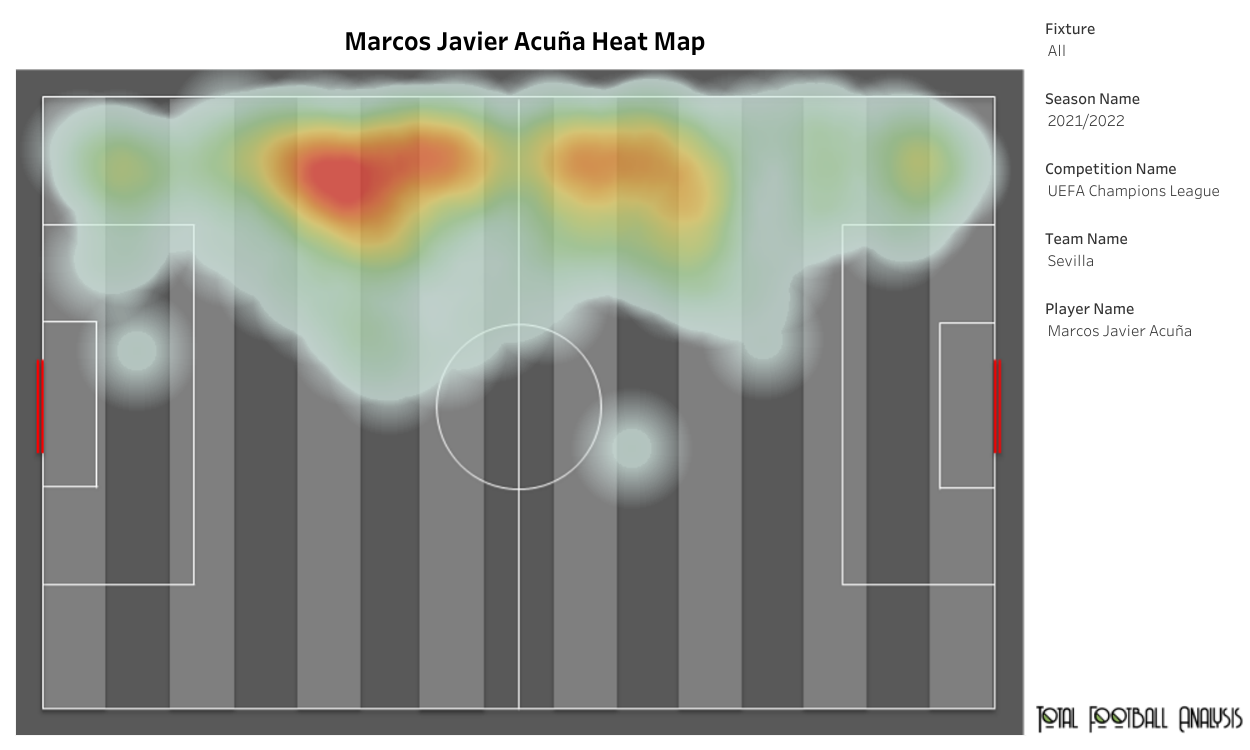 Acuña’s heat map is shown in the above viz. He was mostly active in his half as a left-back, even though he did make overlapping and advancing runs into the final third. The Argentine made 2.03 progressive runs per 90 (in the upper quintile), 3.83 crosses per 90 (in the topmost decile) and a whopping 9.45 long balls per 90, which ranked him in the top 4% among defenders. Additionally, Acuña also generated 1.13 shots per 90, putting him in the top 11% of defenders in this category.

Acuña enjoyed a solid campaign for Sevilla, especially in LaLiga where at one point, they were challenging for the title but eventually slipped to a fourth-place finish. However, the odds of Bayern Munich signing Marcos Acuña look very slim, and the Argentine may not get adequate game-time at the Allianz Arena ahead of the World Cup in November.

Transfer Talk: Lautaro Martínez – Is the Argentine an ideal replacement for Robert Lewandowski at Bayern Munich?