When Bayern Munich raided RB Leipzig in the summer of 2021 for head coach Julian Nagelsmann, star centre-back, Dayot Upamecano, and then club captain Marcel Sabitzer, it was widely perceived that all of them would be a success at the Allianz Arena. While Upamecano has adapted well to the Bavarian team, and Julian Nagelsmann achieved the 10th straight Bundesliga crown for the club, the same cannot be said for Sabitzer. The Austrian midfielder was brought in to give competition to Leon Goretzka, yet he has clocked fewer minutes than Corentin Tolisso in the Champions League. Here, we will have a look at Marcel Sabitzer’s first season at Bayern Munich. 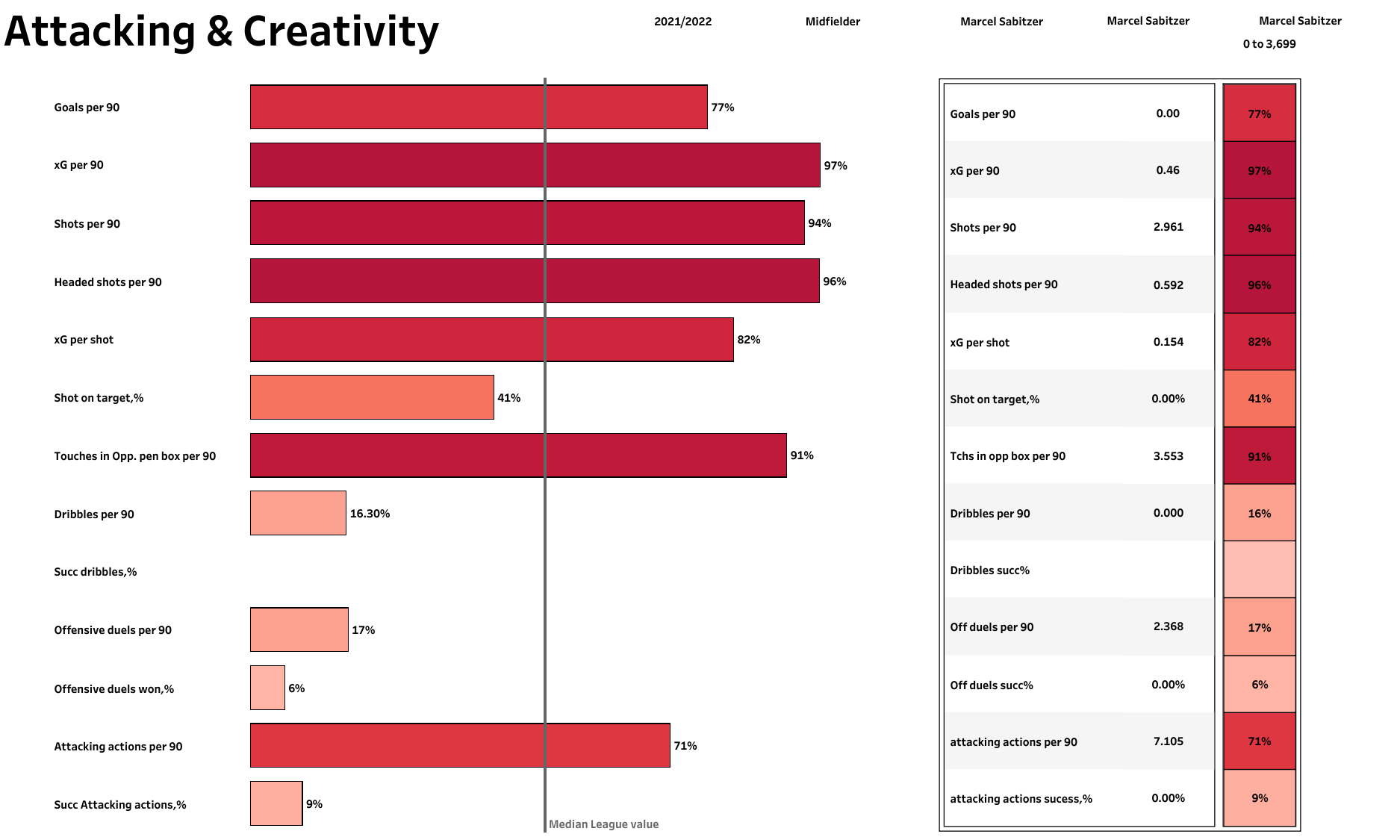 Sabitzer may have played five games for Bayern Munich in the UEFA Champions League season just gone by, but he clocked only 136 minutes. Sabitzer generated an xG per 90 of 0.46, taking nearly three shots per 90 and made 3.55 touches in the opponents’ penalty area. While these numbers look impressive, one has to keep in mind the sample size of just 136 minutes. Even in the Bundesliga, Sabitzer managed to get only 905 minutes, which is fewer than Jamal Musiala, and in those minutes, he managed to score just one goal and provided only one assist. 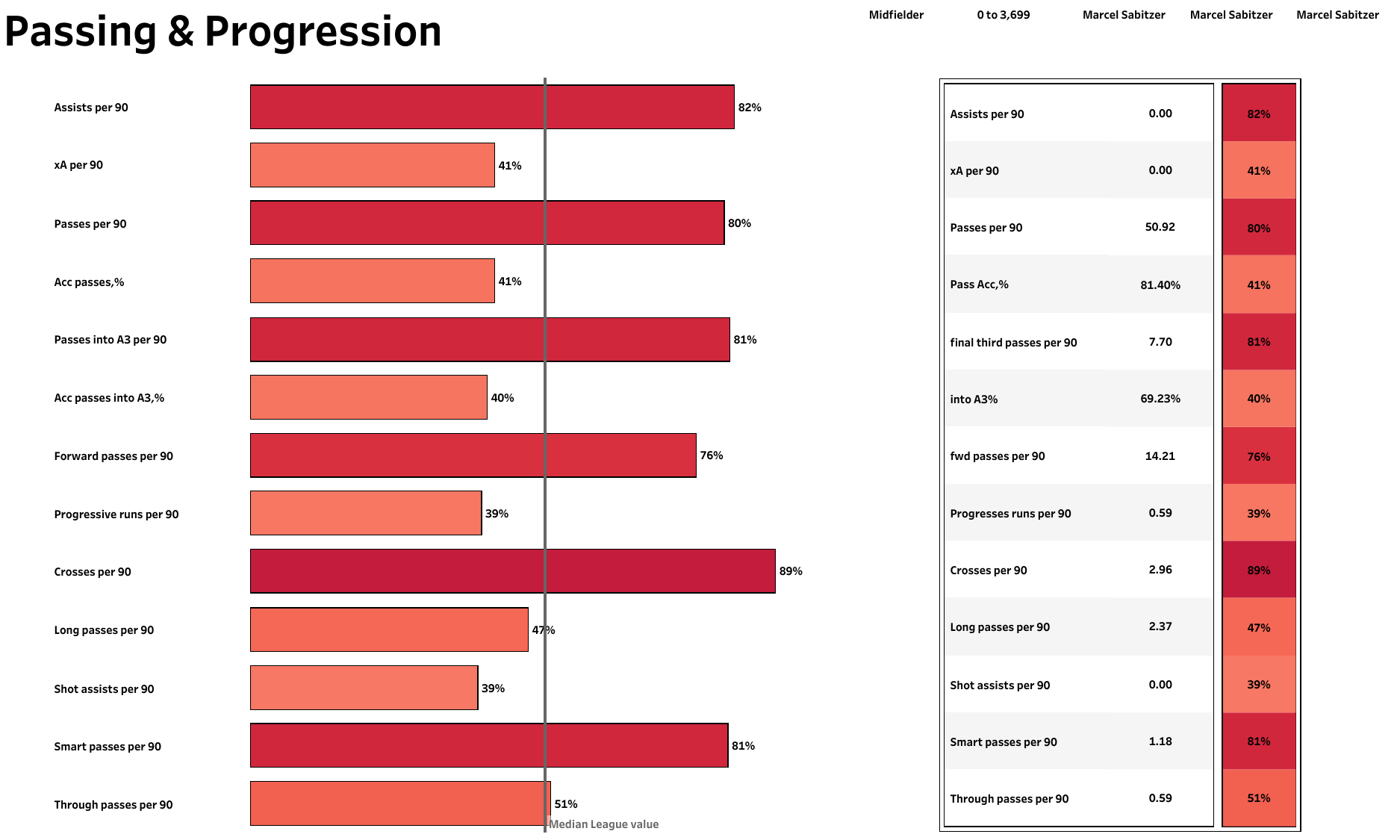 In his limited game-time in the UEFA Champions League, Sabitzer attempted 50.92 passes per 90 at an accuracy of 81.4% for Bayern Munich. He also attempted 7.7 passes into the final third per 90 with an accuracy of 69.23%. The Austrian completed just shy of three crosses per 90, which put him in the top 11% of midfielders in this category. In the Bundesliga, Sabitzer completed 5.35 progressive passes per 90 and 4.16 passes into the final third per 90. 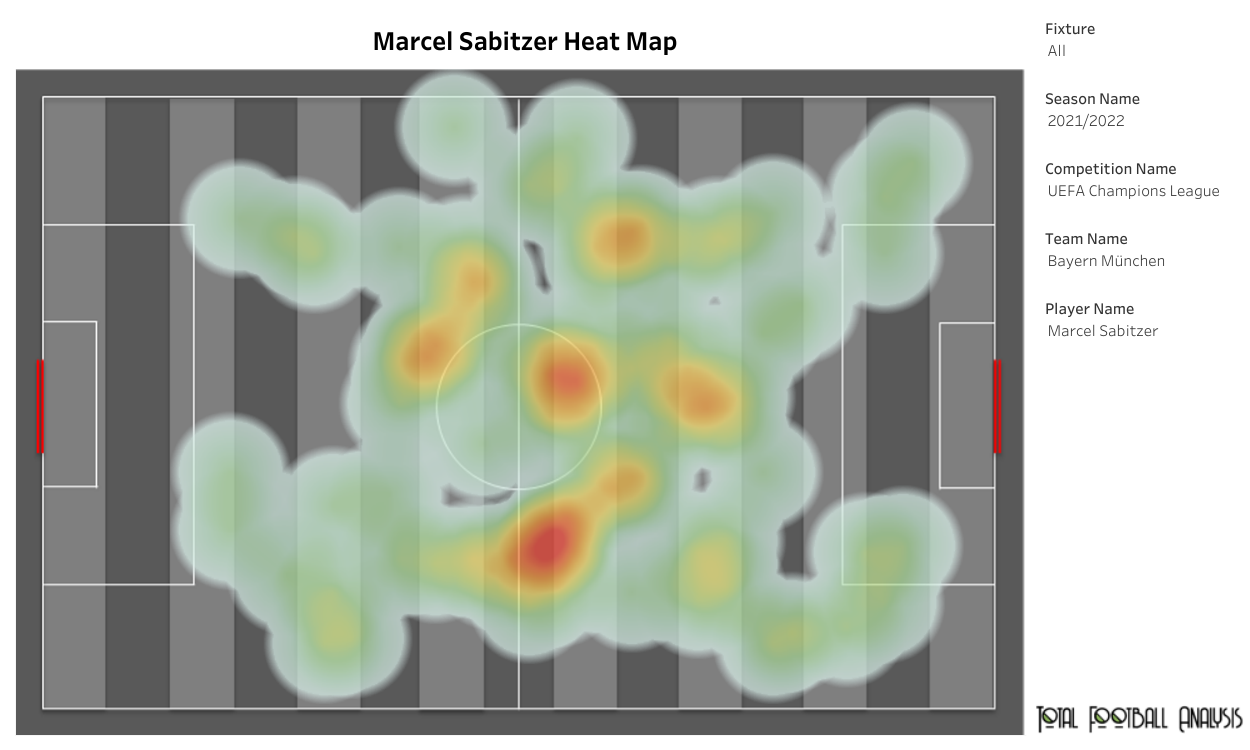 Sabitzer had some influence in the midfield for Bayern Munich in the recently concluded UEFA Champions League season, but it was nowhere near the domination of the area like Joshua Kimmich. On the defensive end, Sabitzer attempted 20 pressures, seven tackles and interceptions, three blocks and clearances each during his limited game-time for the Bavarians in the UCL. 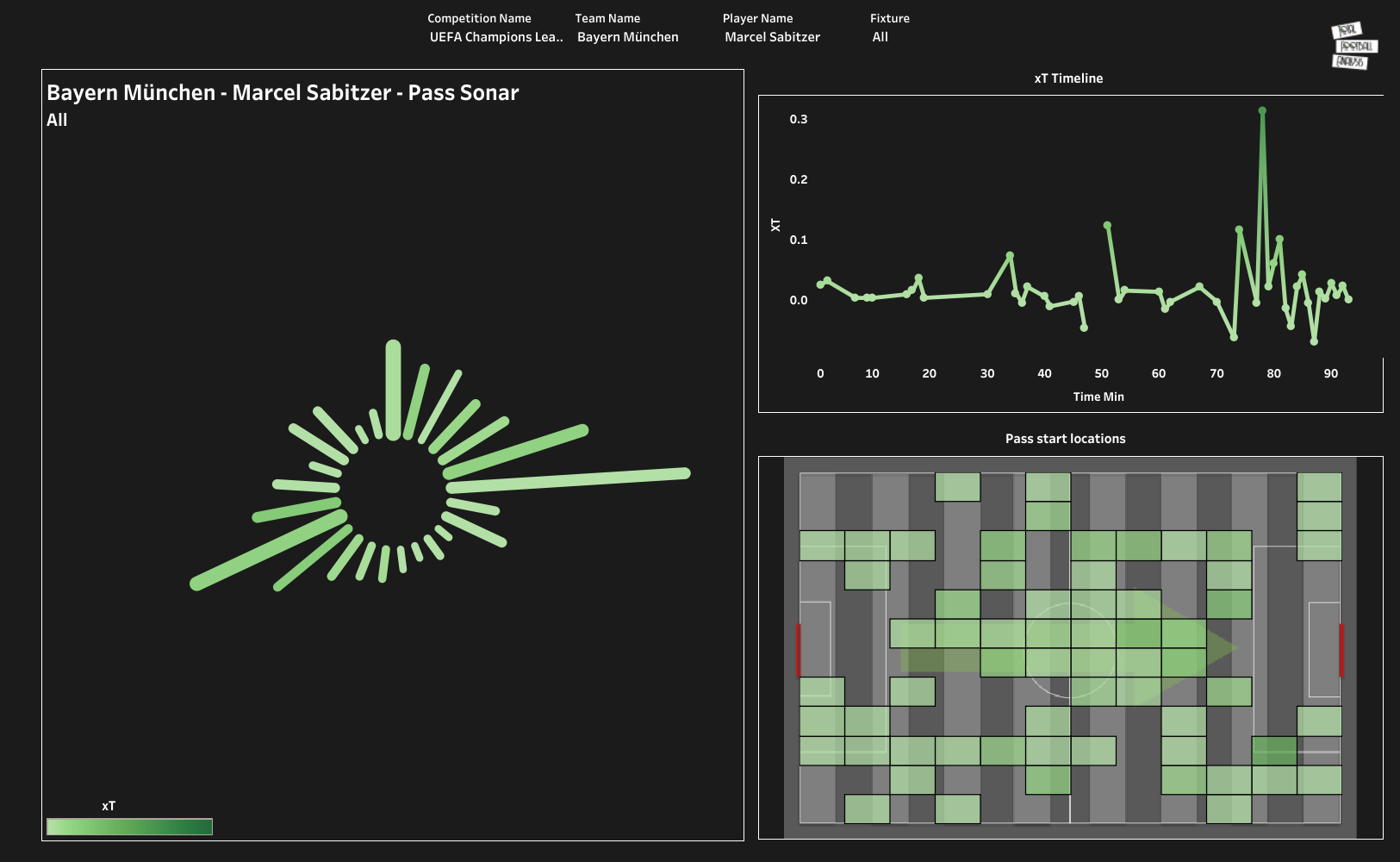 If there is one image that shows how well Sabitzer did in his first season at the Bavarian club, it is the one above. The Austrian never generated an xT score of 0.4 in the UCL campaign. In fact, his highest xT was only 0.3. Most of his passes were sideways passes, meaning he didn’t create any significant threat.

Despite succeeding with Julian Nagelsmann at RB Leipzig, Marcel Sabitzer has found life difficult in the Bavarian capital under the same coach. And there are already reports linking him with a move away from Die Roten. One can only hope that his second season is better than the first.