Bayern Munich may have won their 10th straight Bundesliga crown, but their quarter-final exit to Villarreal in the recently concluded UEFA Champions League season has certainly surprised a lot of people. The transfer sagas of Robert Lewandowski and Serge Gnabry are not helping either. But one man who looks settled at the Allianz Arena is winger Leroy Sane. The 26-year-old German put consistent performances for Die Roten in the UCL. With that in mind, let us review Sane’s season. 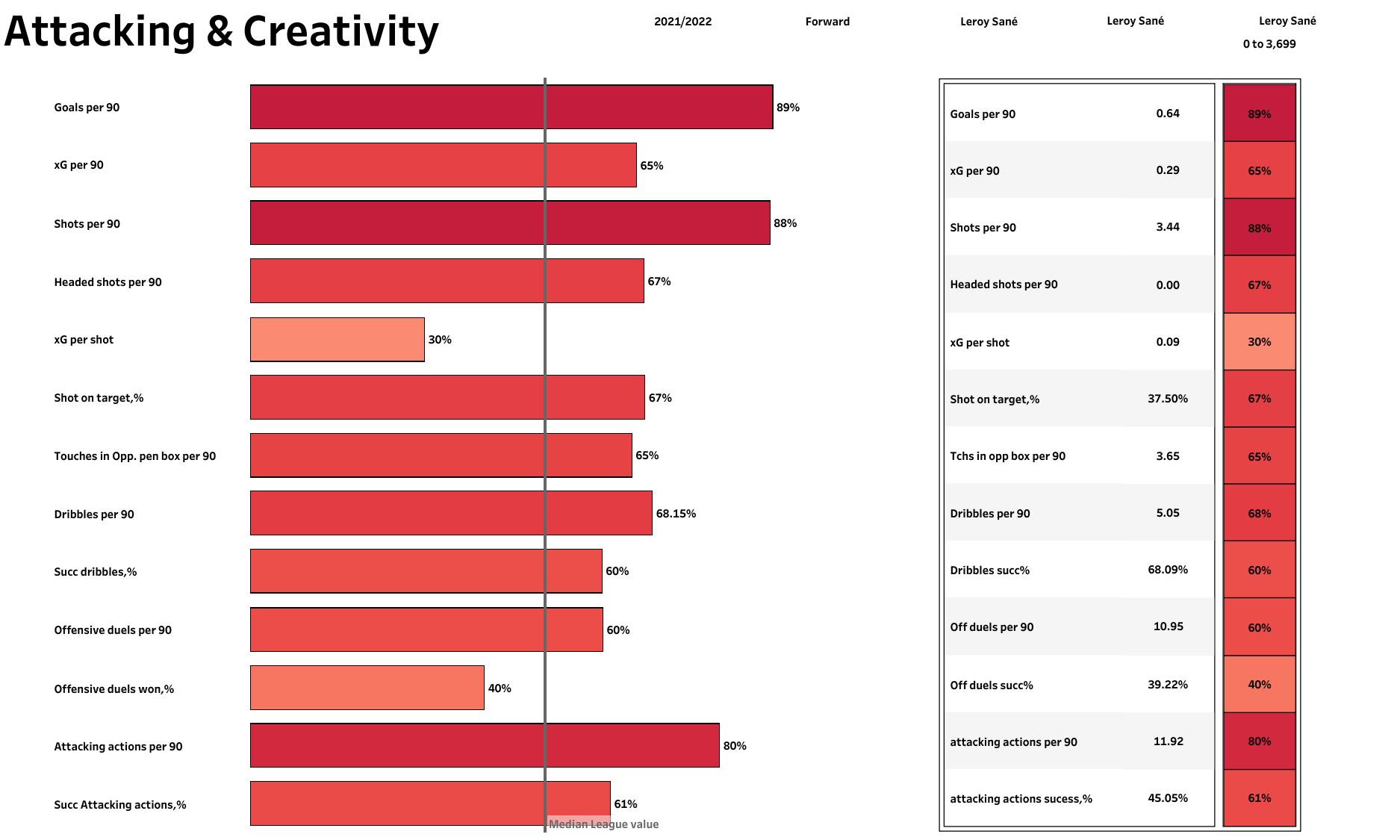 Sane featured in all 10 games for Bayern Munich in the UEFA Champions League season gone by, as the Bavarians were knocked out by Villarreal in the quarter-finals. Sane played a total of 795 minutes. He scored six times for Die Roten at a rate of 0.64 per 90, which ranked him in the top 11% of forwards. This is far higher than xG per 90’s prediction of 0.29. He also attempted 3.44 shots per 90 with an accuracy of 37.5%, the former placing him in the 88th percentile of forwards. With over five dribbles per 90 at a success rate of 68% and 3.65 touches per 90 in the opponents’ penalty box, the German winger provided considerable threat. 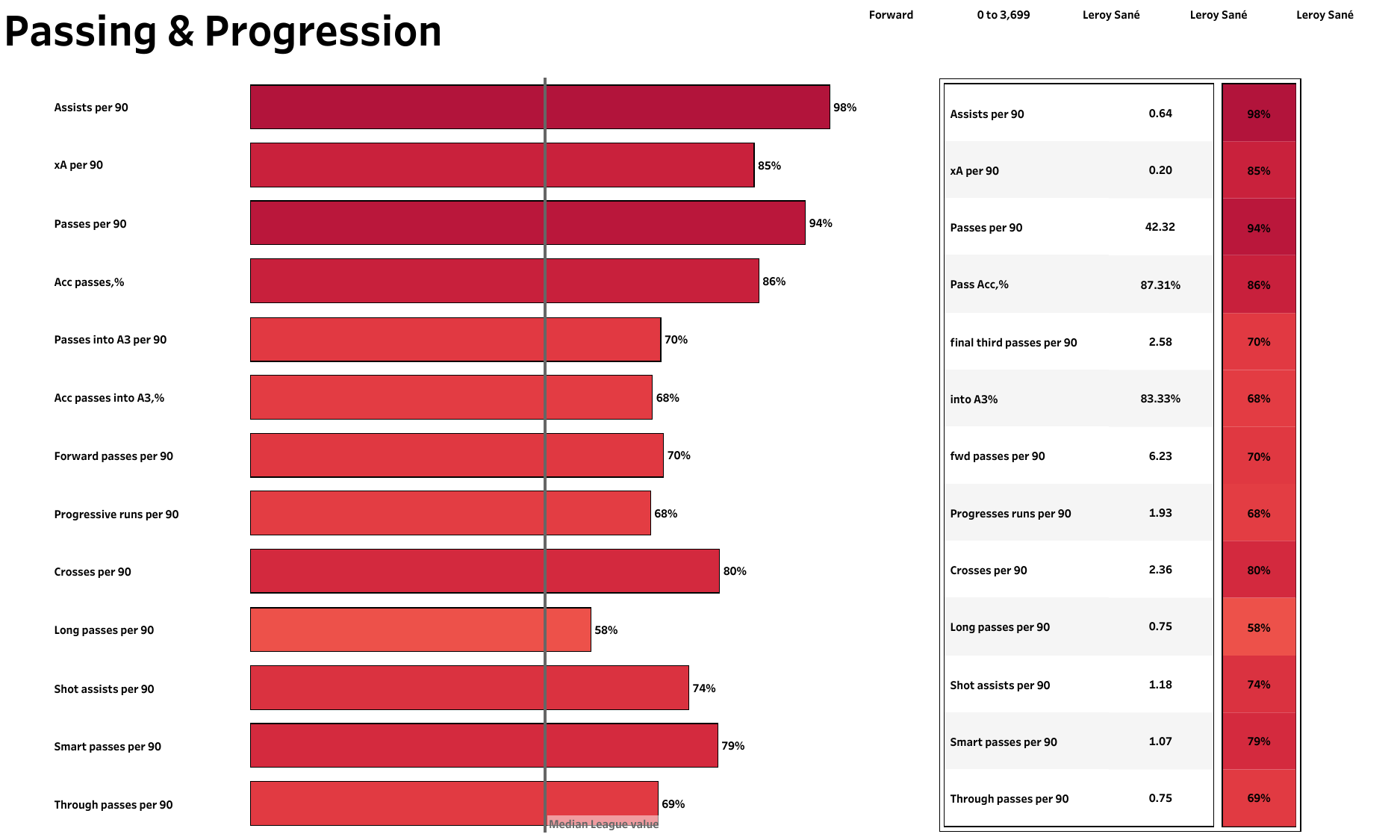 In addition to his six goals, Sane also provided six assists in the UCL. This meant he was involved in a goal every 66.25 minutes. The German generated 0.64 assists per 90, a massive three times more than xA per 90’s estimation of 0.2. Sane was highly involved in the build-up of Bayern’s play, averaging 42 pass attempts per 90 at an accuracy of 87.31%. The 26-year-old’s pass accuracy into the final third stood at a very respectable 83.33%. Sane also ranked in the upper quintile for crosses per 90, with 2.36 to his name. 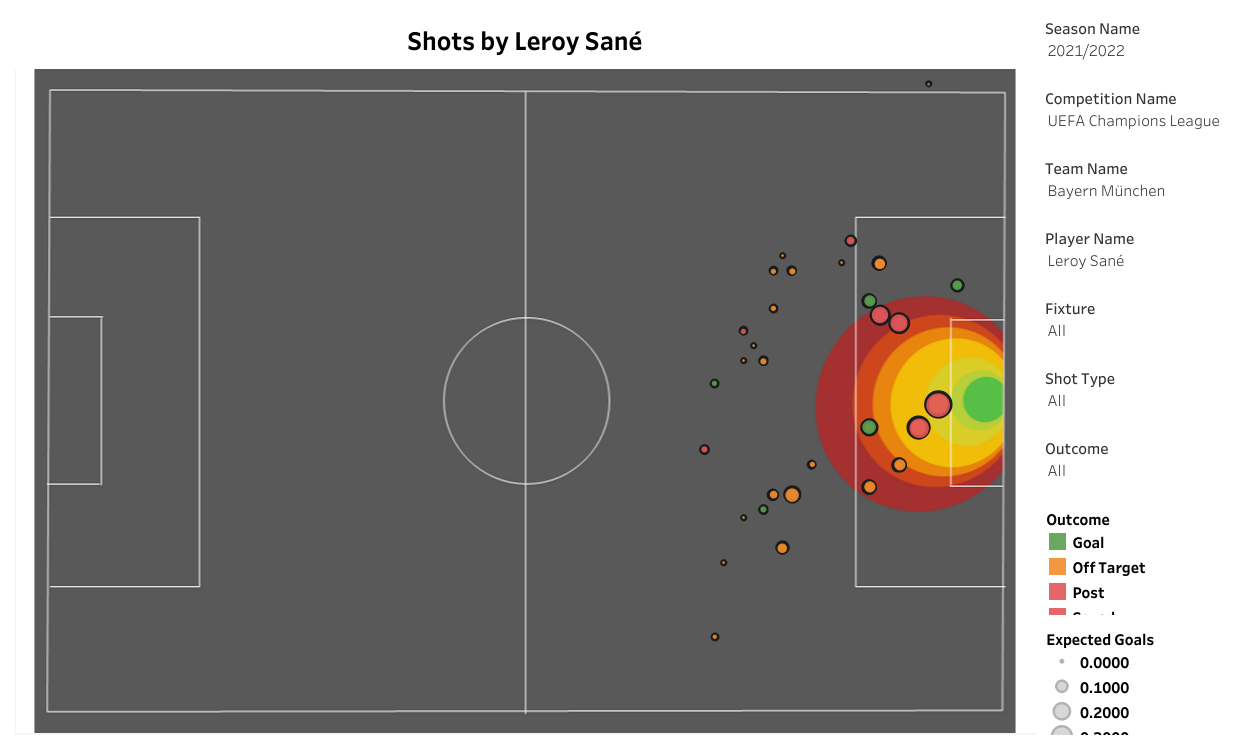 As seen from the above shot map, Sane netted two out of his six goals from outside the box. The 26-year-old was unlucky not to get more goals as four of his chances from close range either hit the post or were saved by the opposition goalkeepers. The German attempted 34 shots, which meant that he took 5.67 shots to score a goal. 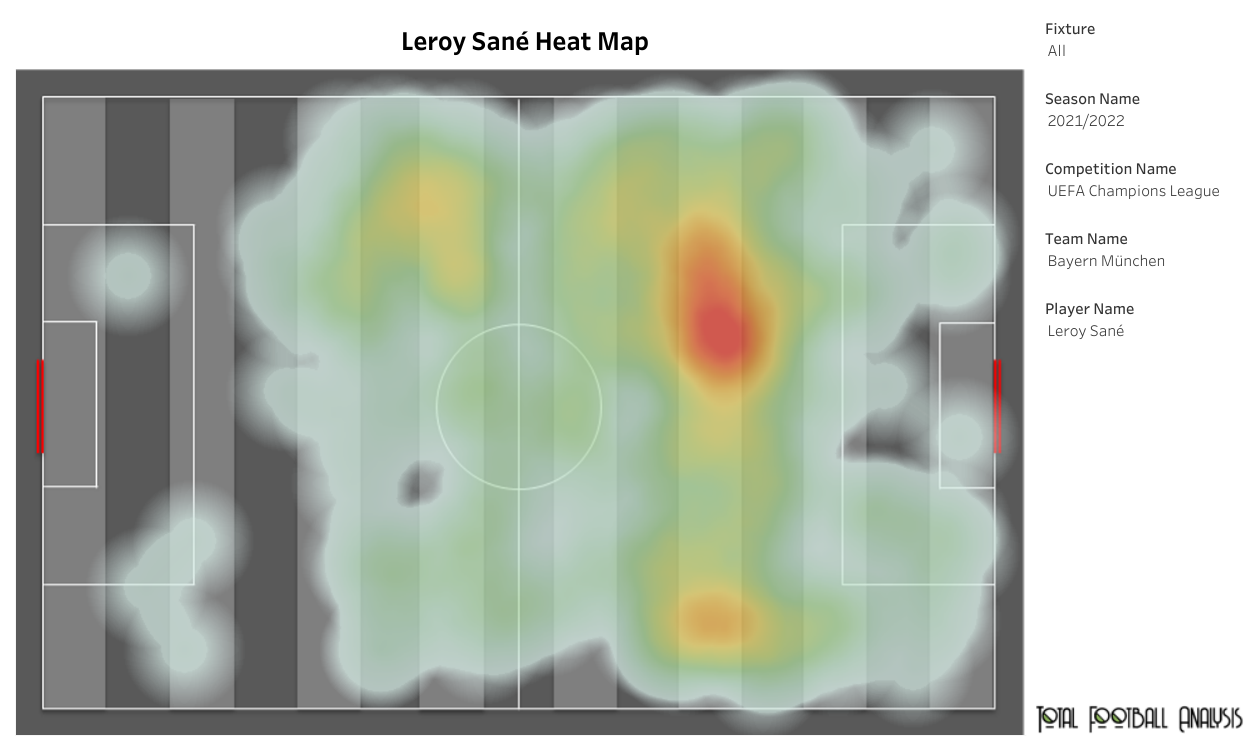 Sane was the second-best attacker for Bayern Munich this season in the UEFA Champions League, only behind Robert Lewandowski. While the Pole stated his desire to leave the club, Bayern Munich might want to offer Leroy Sane a new contract to keep him happy at the club.

Transfer Talk: Lautaro Martínez – Is the Argentine an ideal replacement for Robert Lewandowski at Bayern Munich?