The contract situation of Serge Gnabry at Bayern Munich has not yet been resolved. The winger’s contract runs out at the end of June 2023, and he is yet to sign an extension. This has seen Gnabry being linked with a move to the likes of Arsenal, Liverpool and Real Madrid. Should the 34-capped German international leave the Allianz Arena, Bayern may already have a replacement in the form of Kingsley Coman. The Frenchman has had to share game-time with Gnabry and Leroy Sane, but if the former leaves, he would be the undisputed first choice on the right wing. Here is why Coman could continue in place of Gnabry in the starting XI. 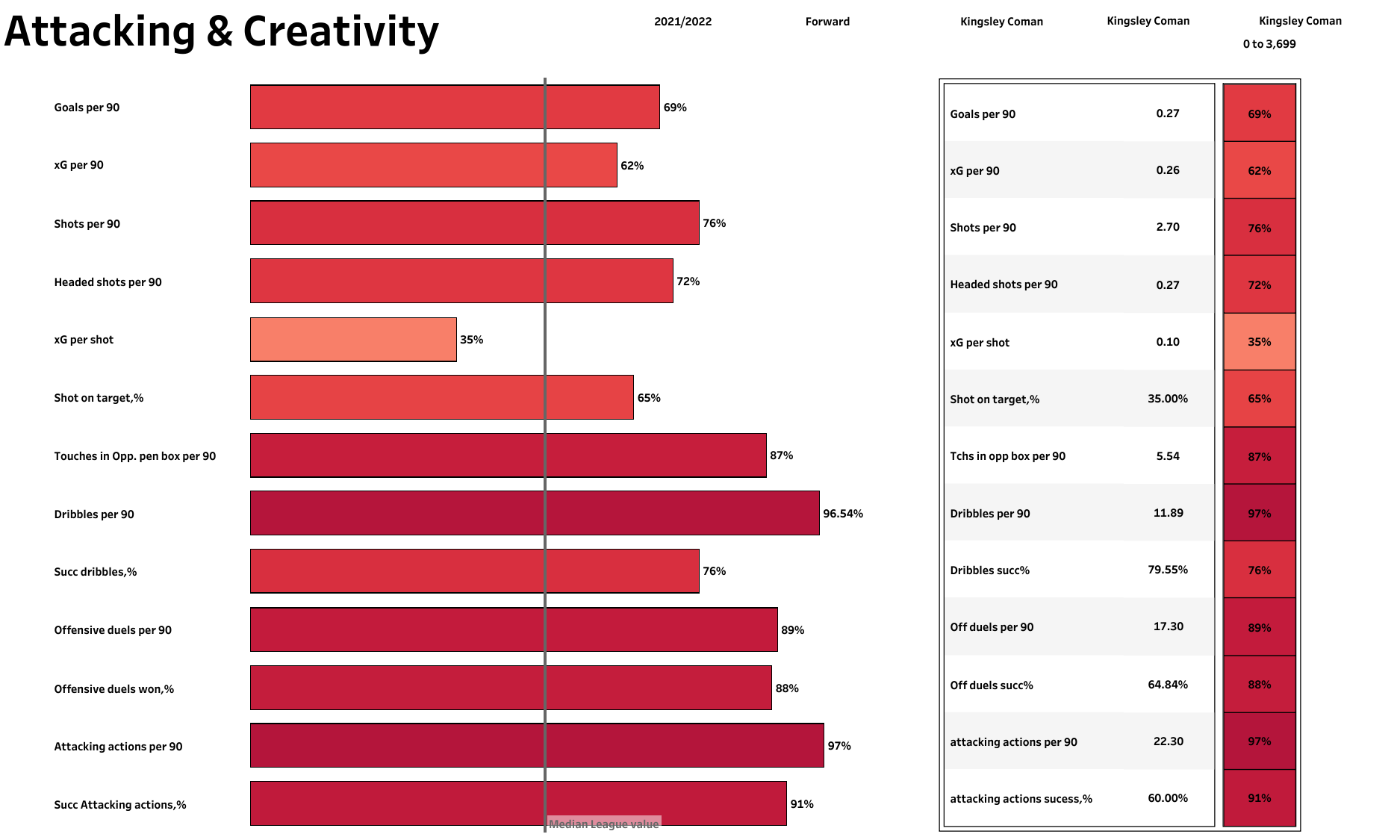 Coman featured in nine games for Bayern Munich in the recently concluded UEFA Champions League campaign, where he played for a total of 628 minutes. He scored twice during the period at a rate of 0.27 per 90, which was a shade higher than the 0.26 per 90 xG predicted. Coman fired off 2.7 shots per 90 for Julian Nagelsmann’s side and had a shooting accuracy of 35%. But the Frenchman’s biggest strength was his dribbling as he attempted close to 12 dribbles per 90 at a very high success rate of 79.55%. 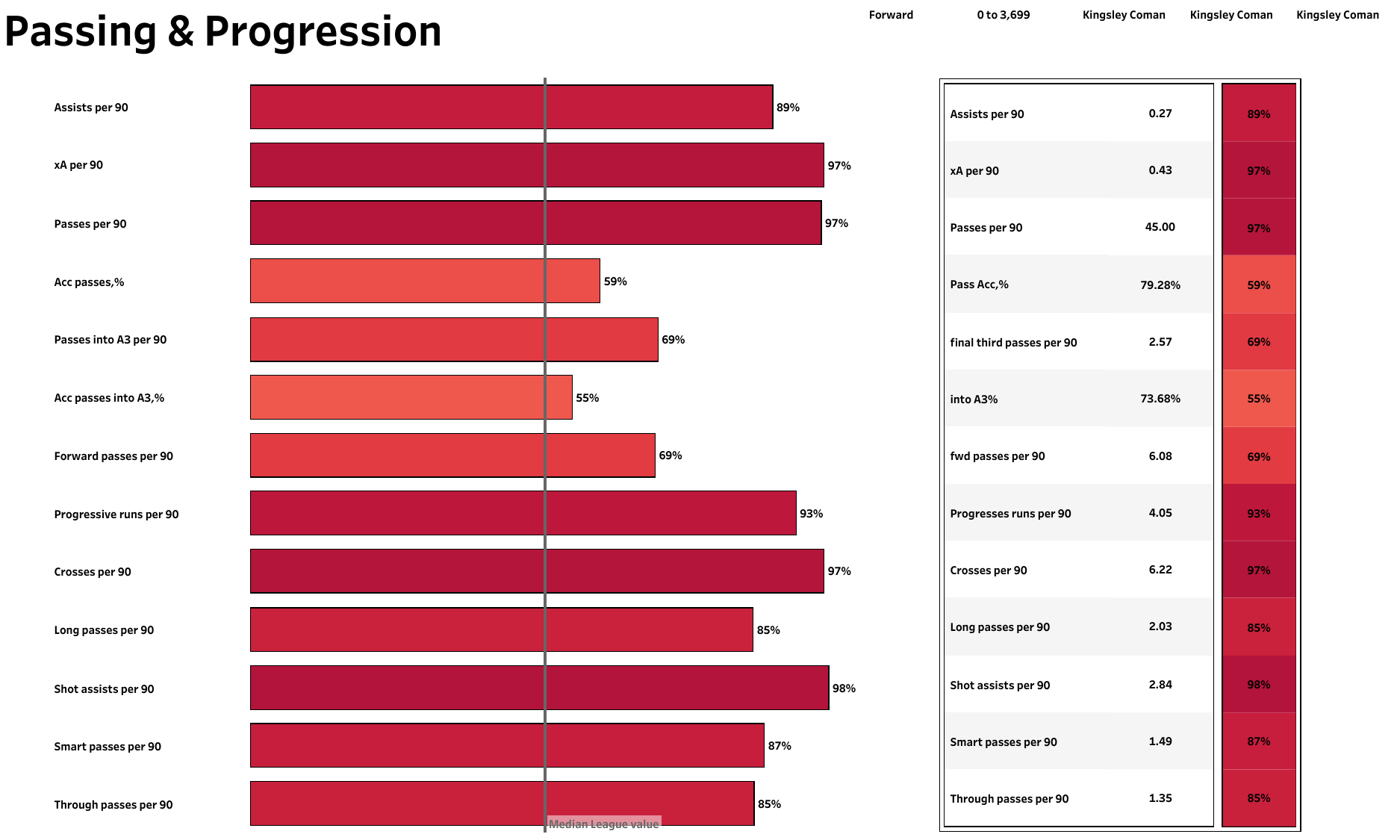 In addition to his two strikes, Coman also provided three assists for Bayern Munich in the UEFA Champions League season just gone by. He was involved in a goal every 125 minutes. Coman provided assists at a rate of 0.27 per 90, though xA suggests that he should have had close to 0.43 per 90. The 26-year-old attempted 45 passes per 90, but his pass accuracy was only 79.28%, which ranked him barely above average for forwards. With 4.05 progressive runs per 90 and 6.22 crosses per 90, the Frenchman ranked in the top 7% and top 3%, respectively, for forwards in those categories. Coman also generated 2.84 shot assists per 90, which was in the top 2% for forwards. 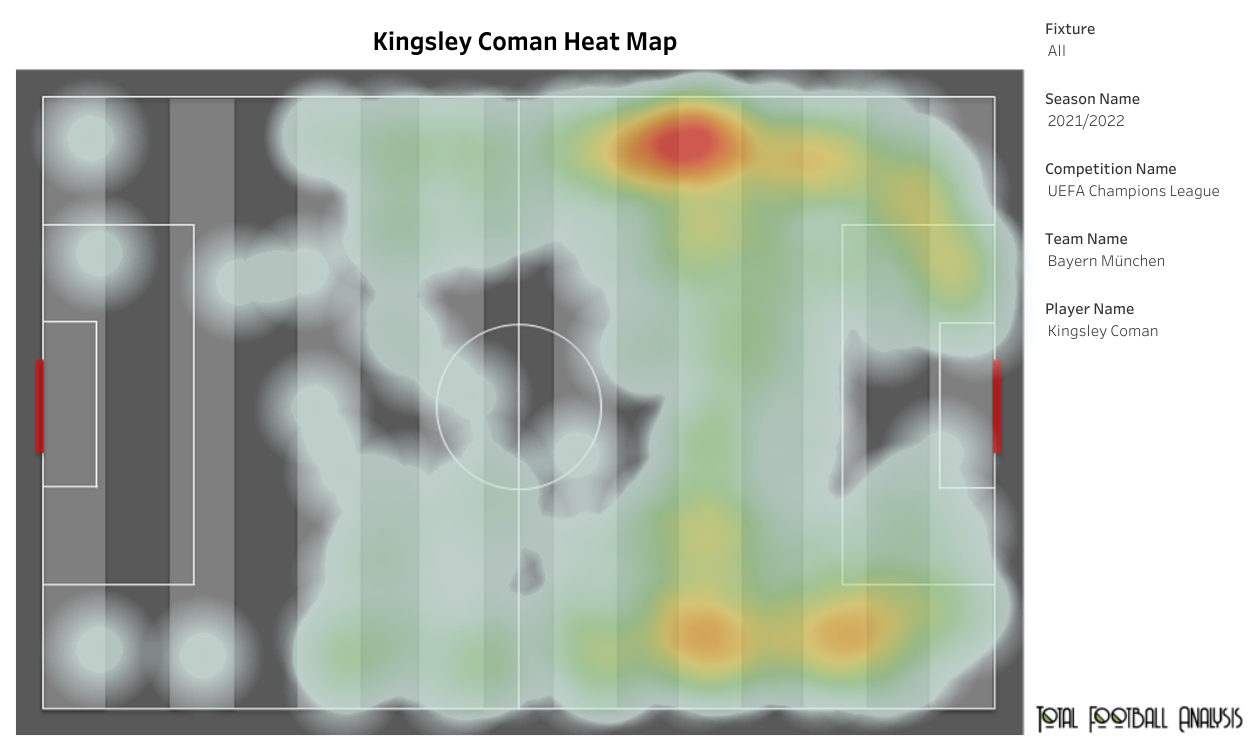 As seen from the above heat map, Coman has the ability to play on both the flanks. He predominantly featured on the left in the UEFA Champions League campaign, though in the Bundesliga, he played more often on the right wing. Coman produced 3.71 passes into the penalty area per 90 and 3.43 key passes per 90 in the UCL. Defensively, he attempted 16.1 pressures per 90 and 2.29 tackles and interceptions per 90. 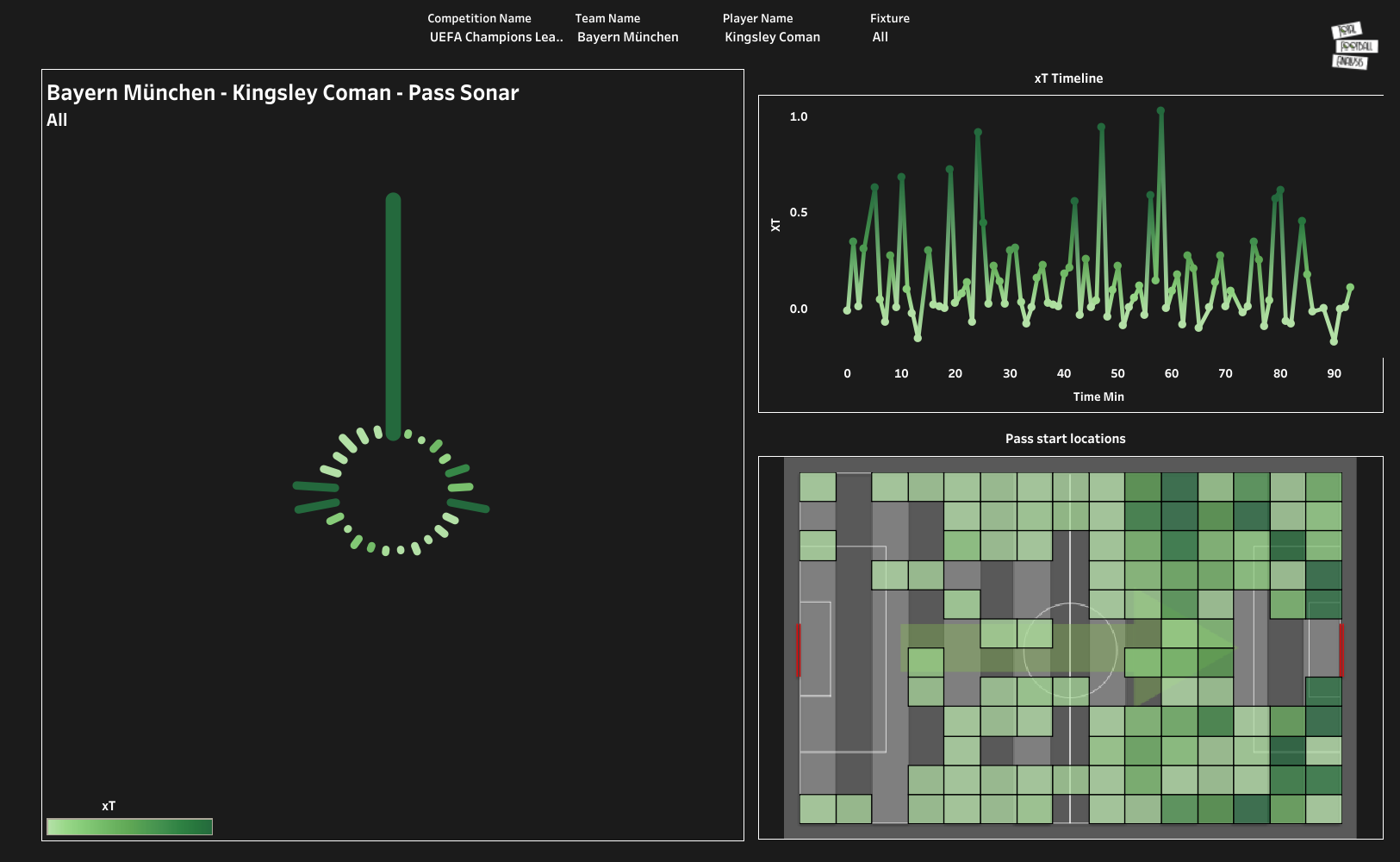 In the above visual, we can see that Coman frequently generated an xT value of over 0.5 and produced this threat from both the flanks. In addition to the 3.71 passes into the penalty area per 90, he also made 2.86 carries into the opponents’ box.

Bayern Munich might not need to delve into the transfer market for Gnabry’s replacement thanks to the presence of Kingsley Coman. And if Sadio Mane arrives from Liverpool, he would mostly take Robert Lewandowski’s place at the centre-forward position.