After a series of average performances in recent weeks, Bayern Munich finally delivered against RB Salzburg on Tuesday. The German club delivered a brutal performance to win 7-1 at Allianz Arena and advance to the Champions League quarter-finals.

Apart from the goalscorers, it was Kingsley Coman who managed to deliver a complete performance in the wing-back role. The French winger also made the right decisions in the final third and heavily contributed to the team’s defense in the wing-back role. Kingsley Coman has enjoyed a very good start to 2022. Coman signed a long-term deal that will keep him at the club till 2027. After signing the contract renewal, Coman has been handed more responsibility in the first team. 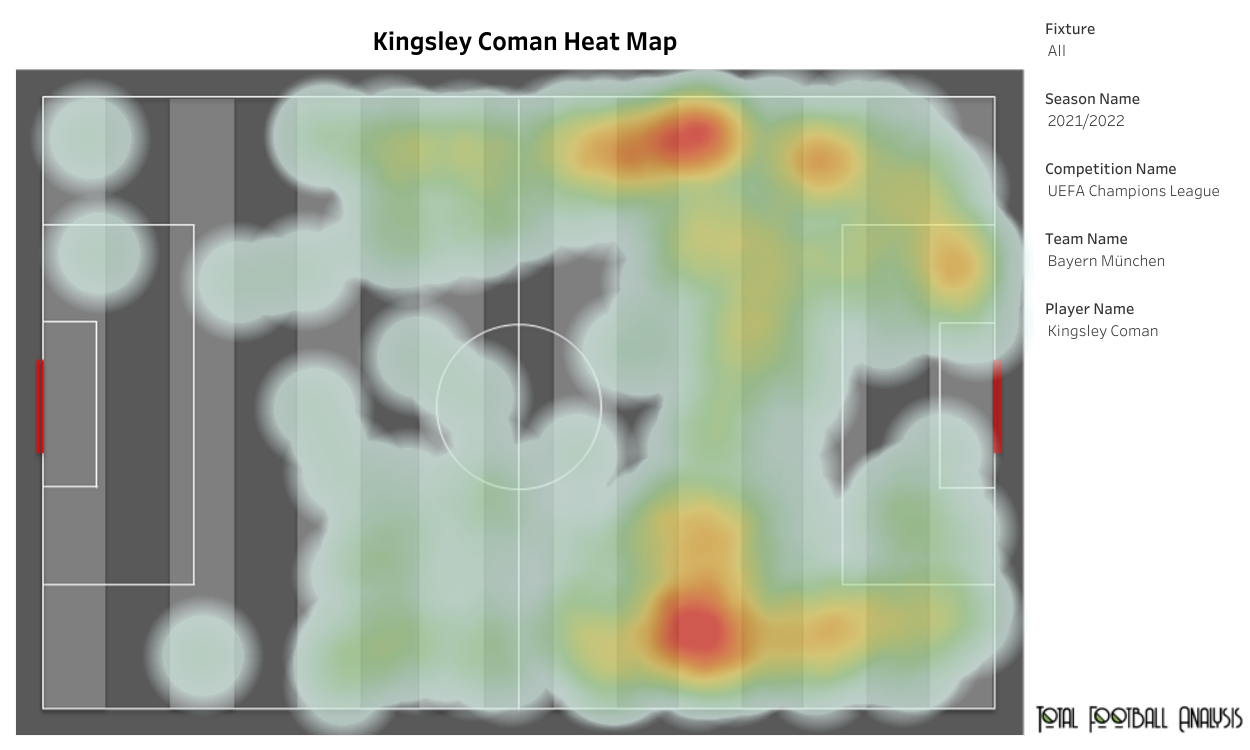 Nagelsmann decided to go all-out attack against Salzburg by using a back three with Gnabry and Coman as wing-backs. Kingsley Coman was given the duty of providing width on the left. The French winger managed to fulfill all the responsibilities of this role against Salzburg. Coman has also featured for Bayern as a right or left wide forward, but has been exceptionally good in the wing-back positions. 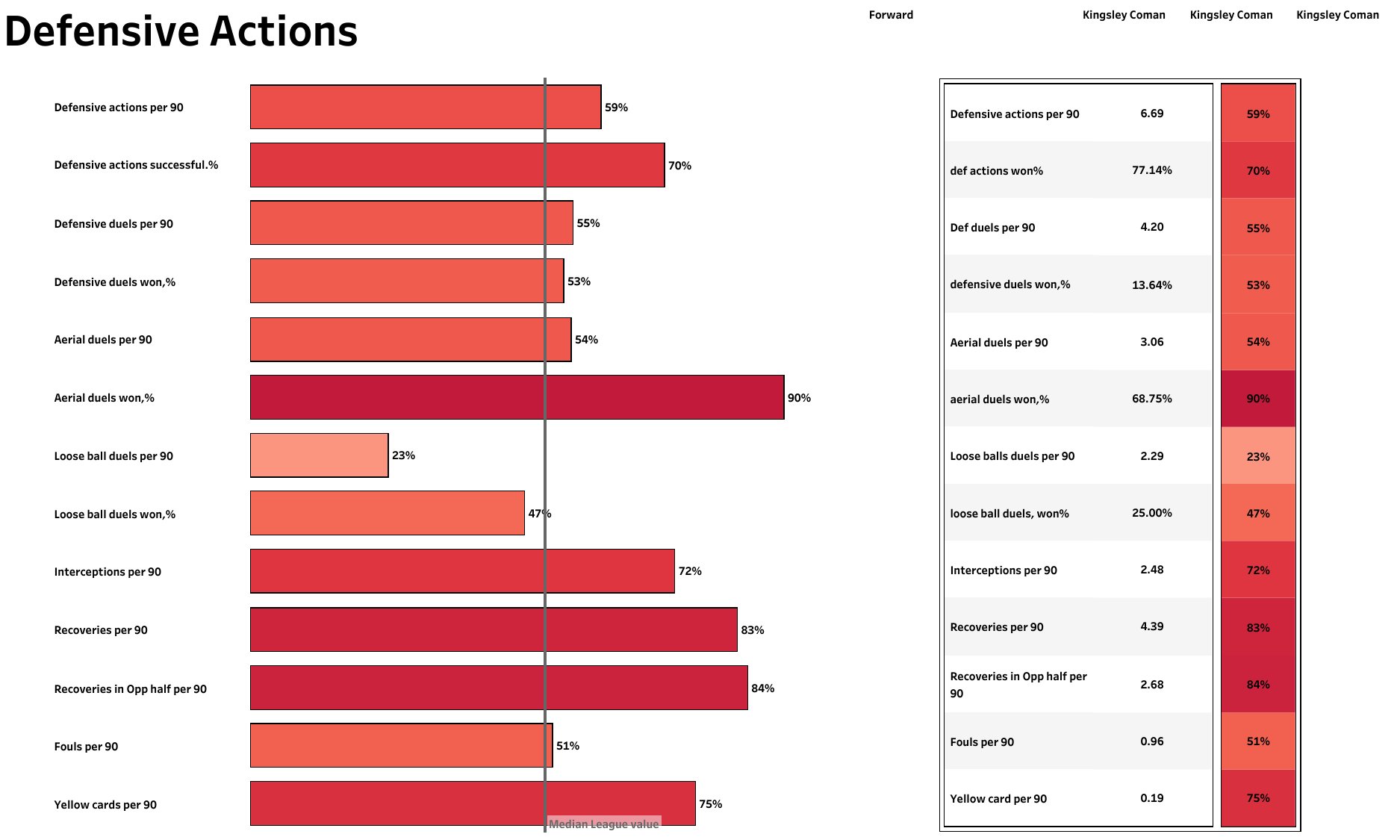 Defensively, Coman made sure that he was always tracking the runners to help Lucas Hernandez on the left side. The French winger showed great awareness and intensity to win second balls. He ranks highly for the number of recoveries he has made per 90 minutes and also won 68.75% of his aerial duels. He has attempted 6.69 defensive actions per 90 minutes and has won 77.14% of these actions. 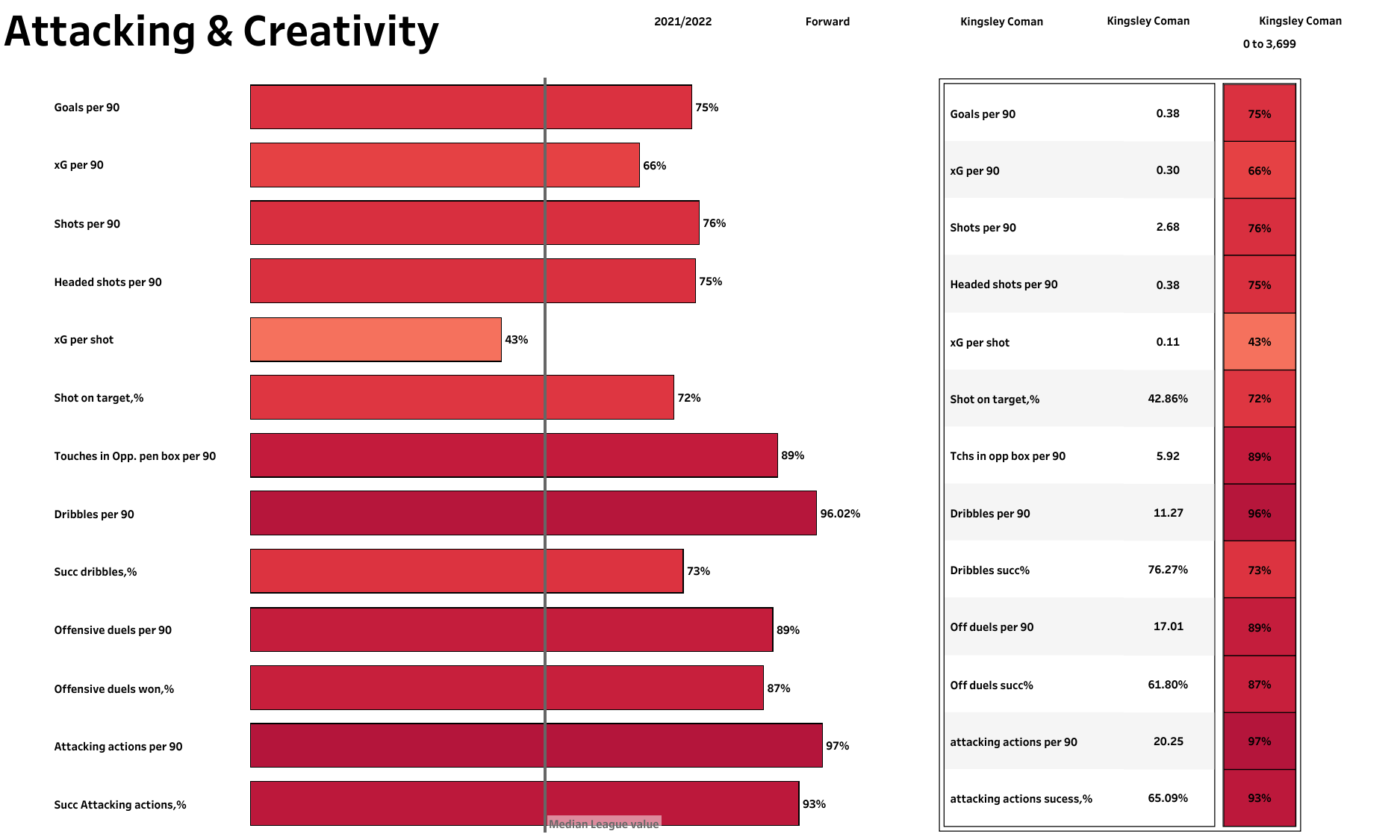 Attacking is a part of Coman’s game that comes naturally to him. Being a winger, it has been easy for Coman to adjust to his new role in Nagelsmann’s back-three formation. He is a great dribbler and has attempted 11.27 dribbles per 90 minutes, completing 76% of these dribbles. He has a very high success rate for the attacking actions he has attempted per 90 minutes. 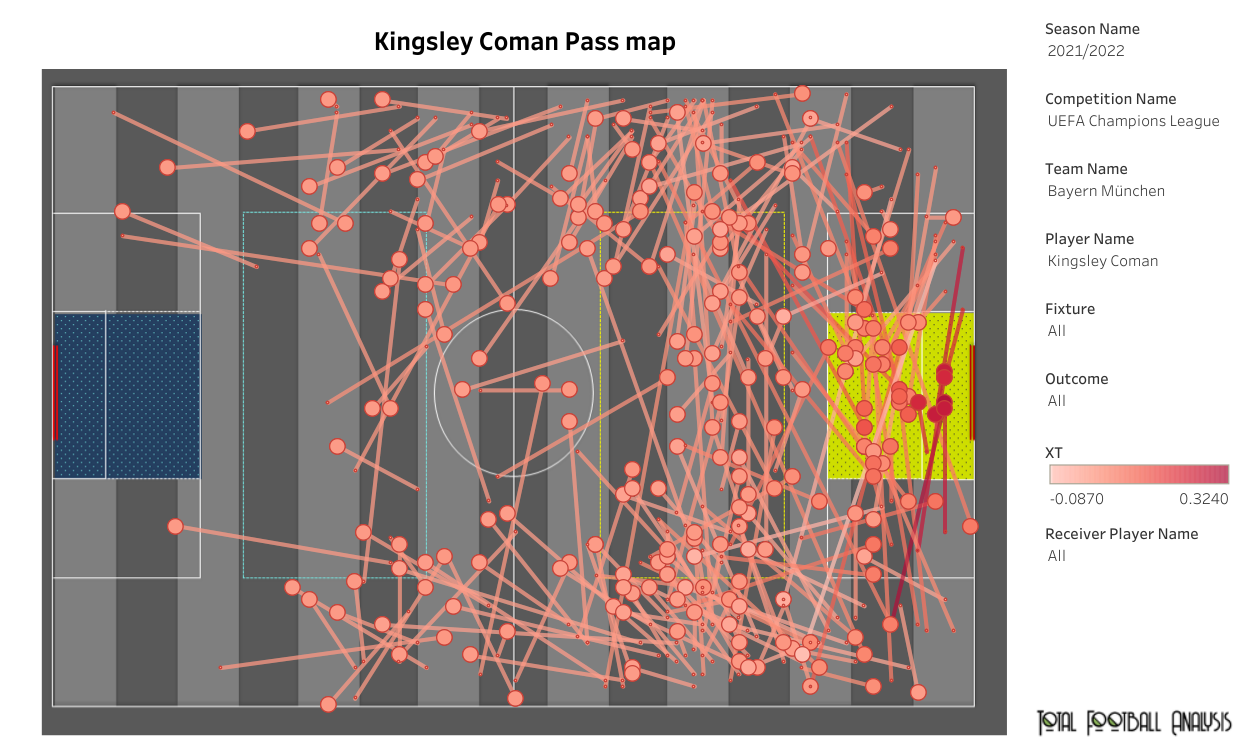 His pass map indicates that he has been highly involved in the build-up towards the goal and has played a wide range of passes from both flanks. He has attempted 45.48 passes per 90 minutes and has been able to complete 83% of these passes. Coman has attempted 5.35 crosses into the box per 90 minutes and has generated a huge threat from these crosses, as seen in the above visual. Coman has provided three assists in the Champions League season and has an average expected assist rate of 0.52 per 90 minutes. 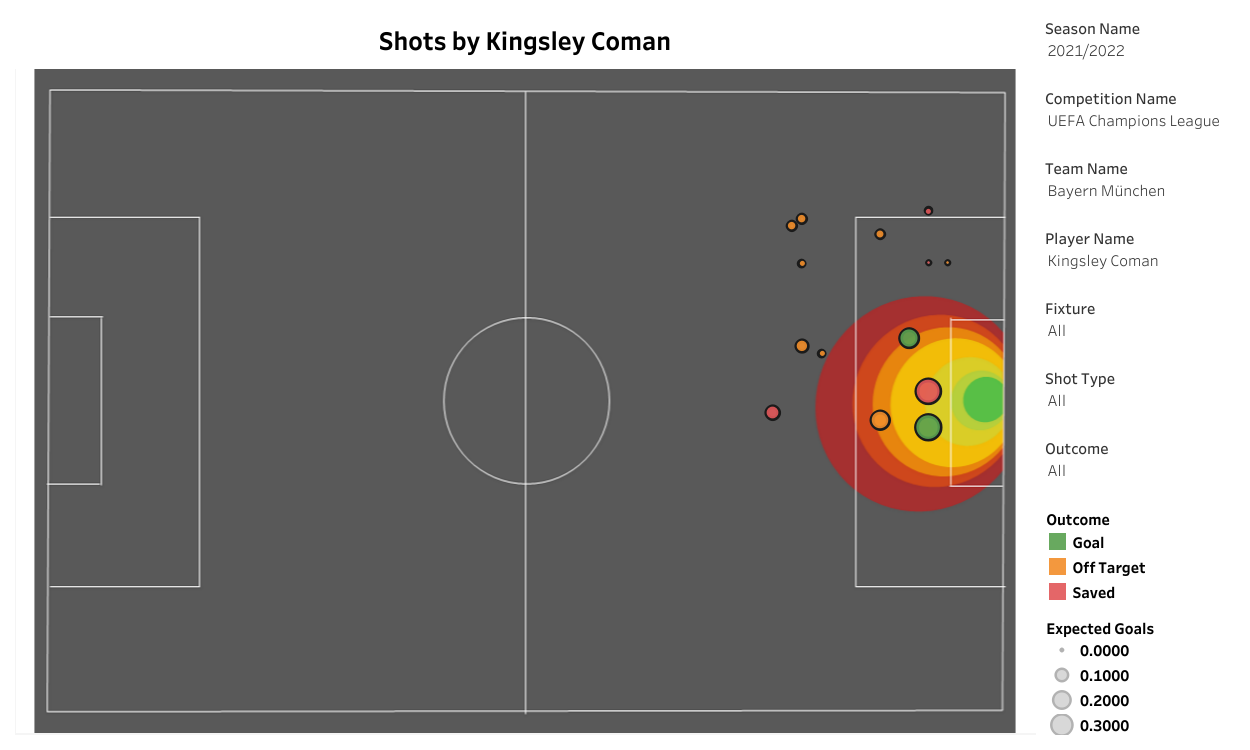 Coman has scored two goals for the Bavarians in the Champions League. Playing as an inverted wing-back, Coman has the freedom to cut inside and take an attempt on goal. As seen in the above visual, most of his shots have been from the left flank, and he has managed to keep 42.86% of his shots on target.

It is not a big surprise that Coman has adapted quickly to the new role. The French winger decided to sign a new deal at the club and is happy to work under Nagelsmann. He is an important part of his manager’s plans going forward, and his versatility to play as a wing-back will surely help the Bayern side in the domestic as well as European competition.