When Jamal Musiala made his debut for Bayern Munich in June 2020 at the age of 17, few expected him to be a regular member of the Bavarian squad two years down the line. Yet, he has done exactly that thanks due to, in no small part, his versatility. Despite being listed as an attacking midfielder, Musiala has featured in a deeper role at central midfield, on the left wing and even on the right flank. Due to this adaptability, he has proven to be a useful option for Die Roten from the bench as well as against smaller opposition. 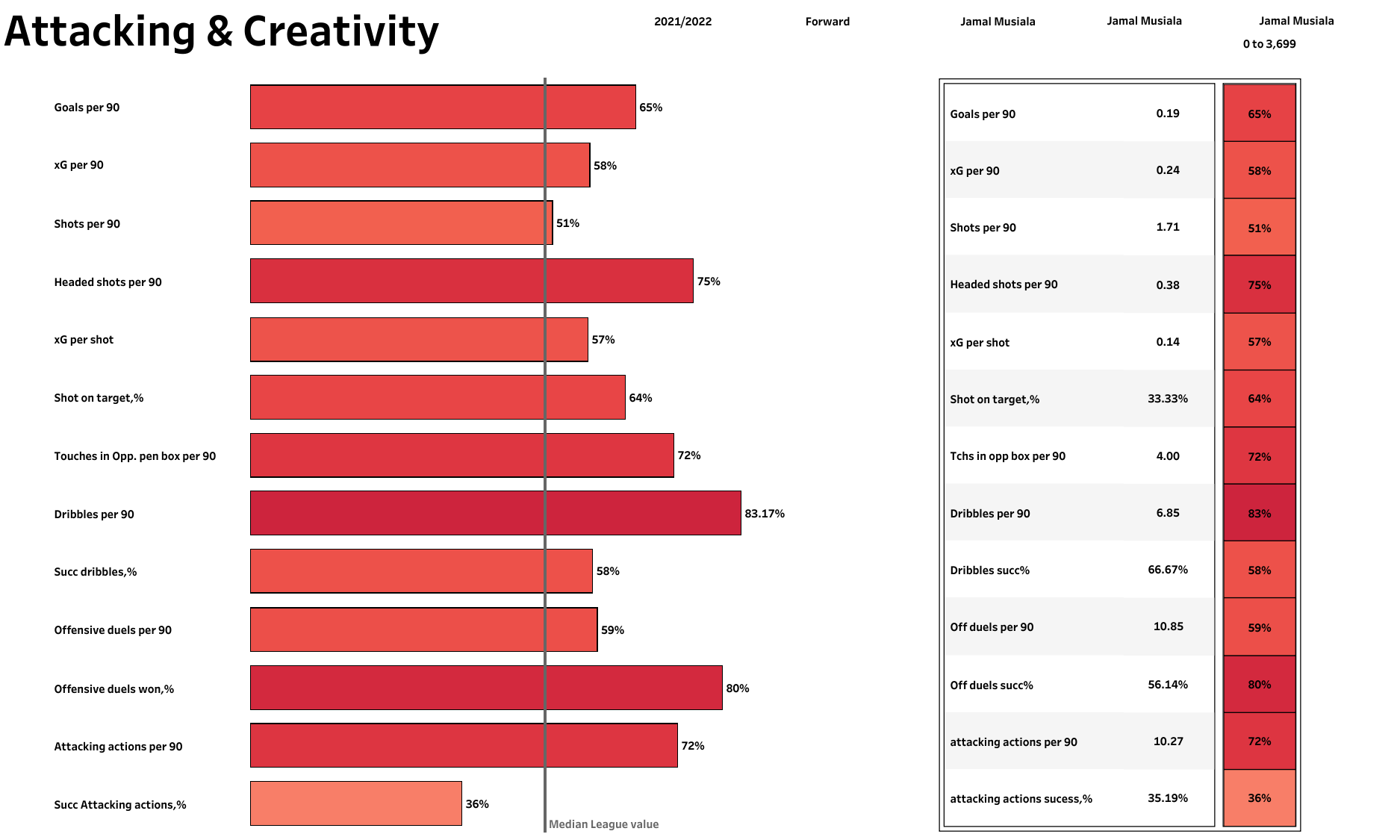 Musiala played 39 games across all competitions for Bayern Munich last season, including eight in the UEFA Champions League. He was present on the field for 449 minutes, during which he scored once for the team, though he underperformed slightly against xG. He fired off 1.71 shots per 90 and hit one-third of them on target. The German registered four touches in the penalty box per 90. He attempted 6.85 take ons per 90, two-thirds of which were successful. He also won 56.14% of the offensive duels he contested, and that ranked him in the upper quintile. 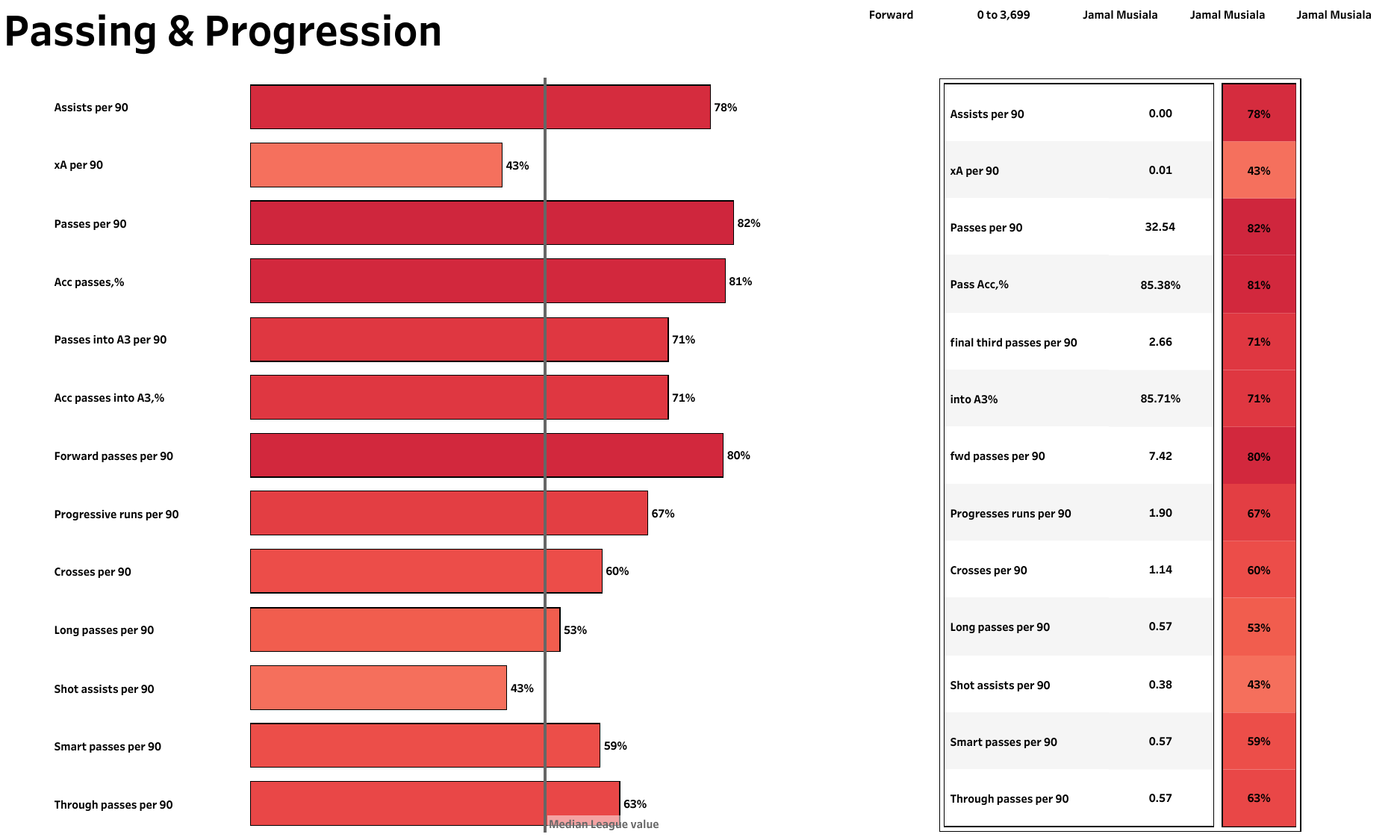 Musiala made his presence felt in the build-up play, attempting over 32 passes per 90 at a solid 85.4% pass accuracy. He was also more than decent in ball progression. With 2.66 passes into the final third per 90, he found a teammate on 85.7% of the occasions. He made 1.9 progressive runs per 90, which was good enough to put him in the upper third. The Stuttgart-born midfielder was also placed in the upper half for smart passes per 90 and through balls per 90. 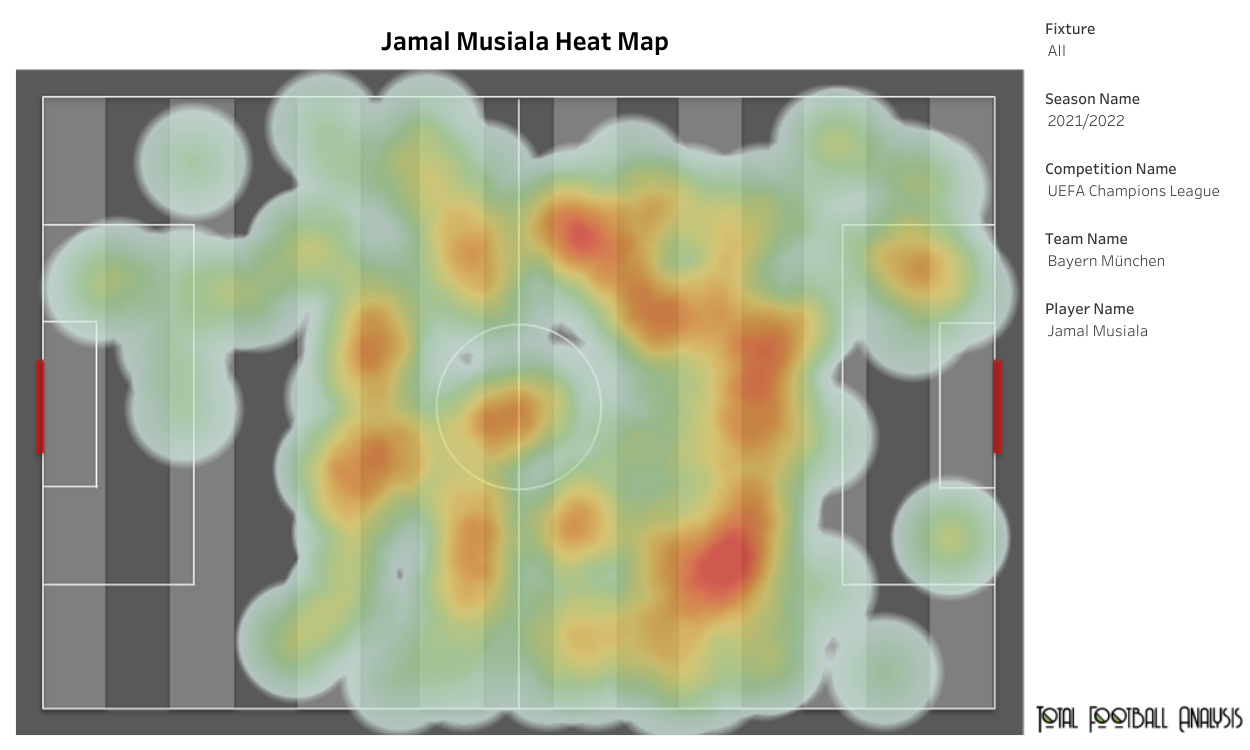 Musiala was an active man in the midfield last season and was most effective when he was just behind the striker. He also tended to drift to the wings, especially when the wingers cut inside to provide an extra threat. He generated a total of nine shot-creating actions. On the defensive end, the 19-year-old was a hard worker off the ball. He attempted 21 pressures per 90, 3.2 tackles and interceptions per 90 and 1.6 blocks per 90. 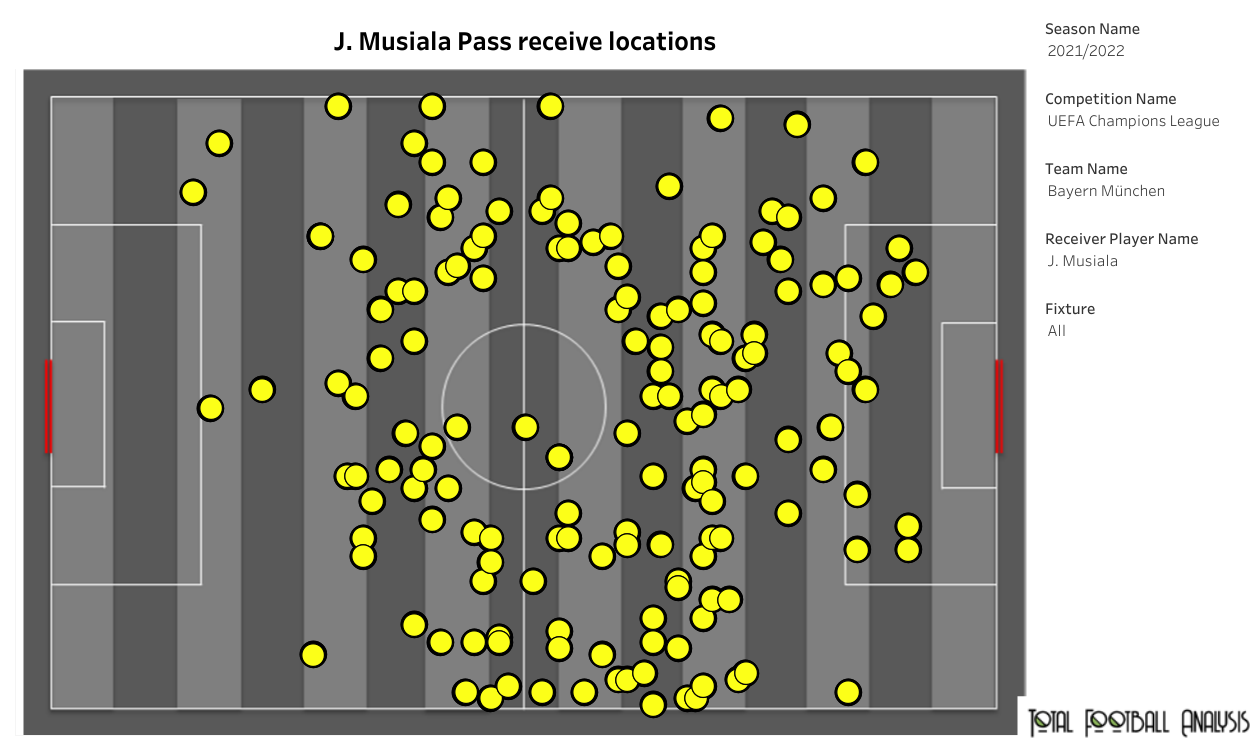 Bayern Munich may have signed Ryan Gravenberch from Ajax this summer, but one can expect Jamal Musiala to get sufficient game-time for the team on the pitch ahead of the World Cup this November.