Since Robert Lewandowski was officially sold to Barcelona on 19th July for a fee reported to be around €45 million, Bayern Munich have tried to mitigate this by signing Sadio Mane from Liverpool and, more recently, the French U-17 teenager, Mathys Tel, from Stade Rennais. The former is not a natural striker, and the latter is too young and inexperienced to fill the big shoes left by the Polish marksman. However, according to some reports in the media, Harry Kane is being lined up to be Lewandowski’s replacement. 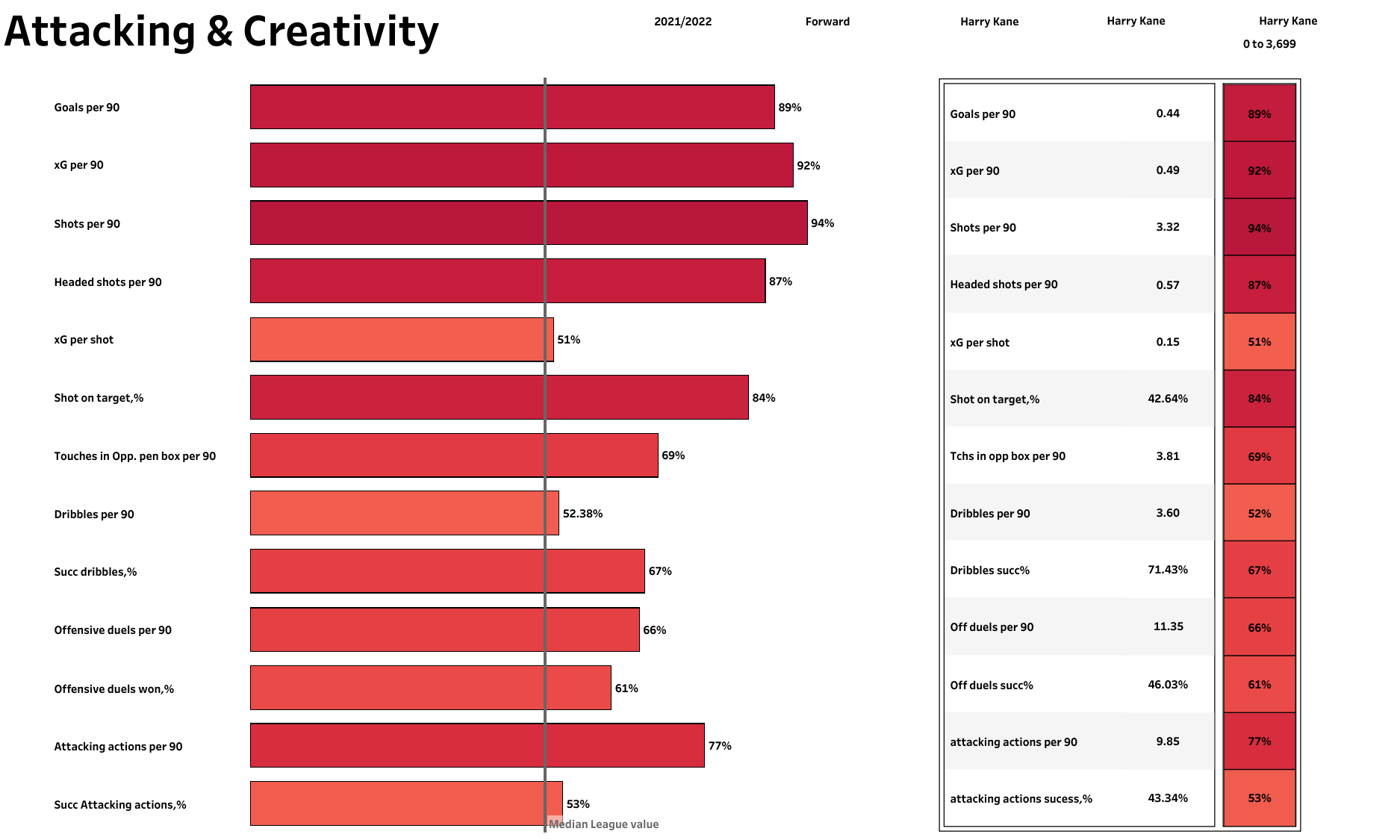 Kane made 50 appearances across all competitions for Tottenham last season, including 37 in the Premier League. He scored 17 goals at a rate of 0.44 goals per 90, slightly lower than the 0.49 xG per 90 estimated. The Englishman fired off 3.32 shots per 90 and hit nearly 43% of his shots on target. He used his height of 188 cm to attempt 0.57 headed shots per 90, putting him in the top 13%. He registered 3.81 touches in the opposition’s penalty area per 90. He was also involved in more than 11 offensive duels per 90 and just under 10 attacking actions per 90. 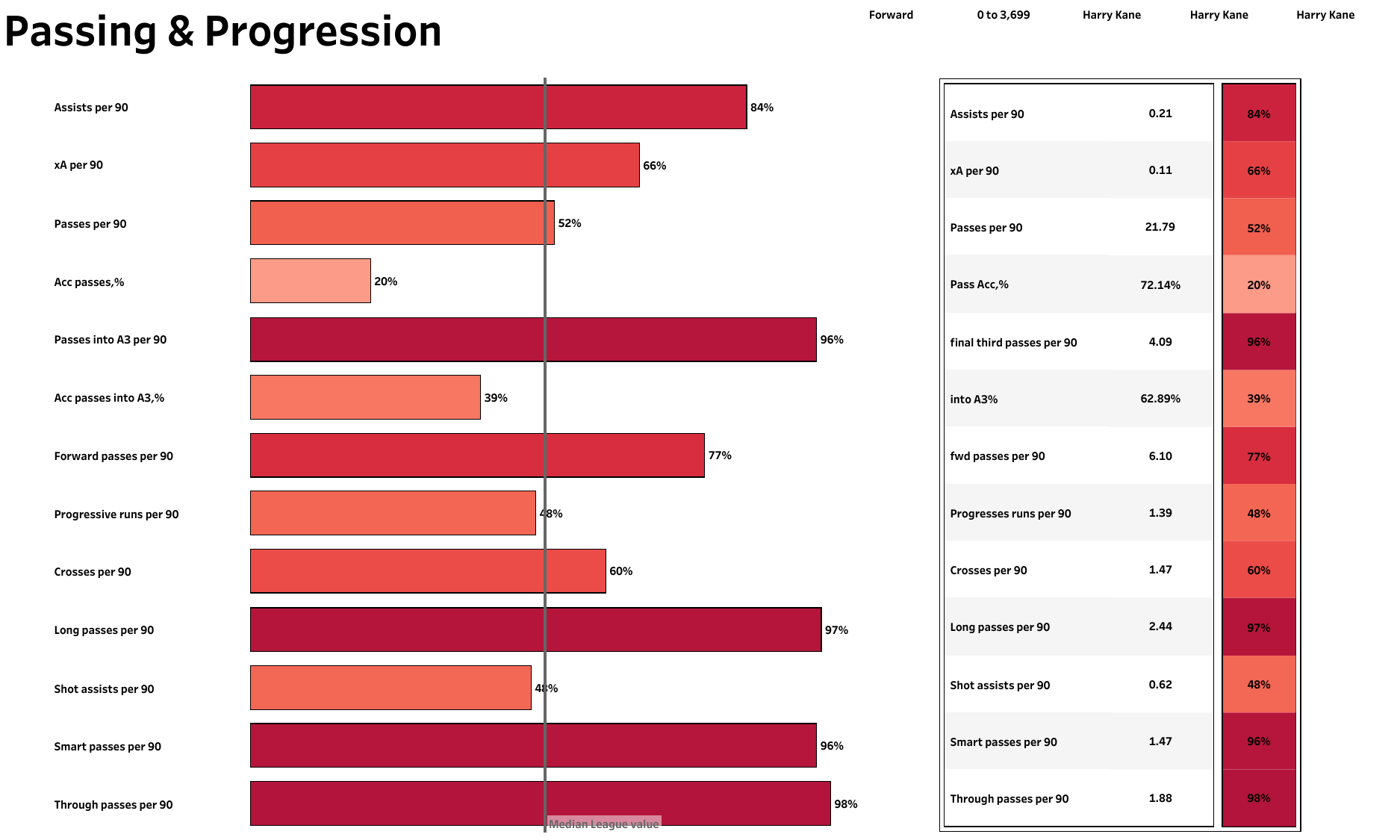 In addition to his 17 goals, Kane provided nine assists, giving him a goal involvement every 124 minutes. His rate of assists was almost twice as high as what xA estimated. His overall pass accuracy was very disappointing at only 72.14%, putting him in the bottom quintile of forwards. He attempted over four passes into the attacking third per 90 but could complete only 63% of them. He made only 1.4 progressive runs per 90, placing him in the bottom half. The Englishman was ranked in the 96th percentile or higher for long balls per 90, smart passes per 90 and through balls per 90. 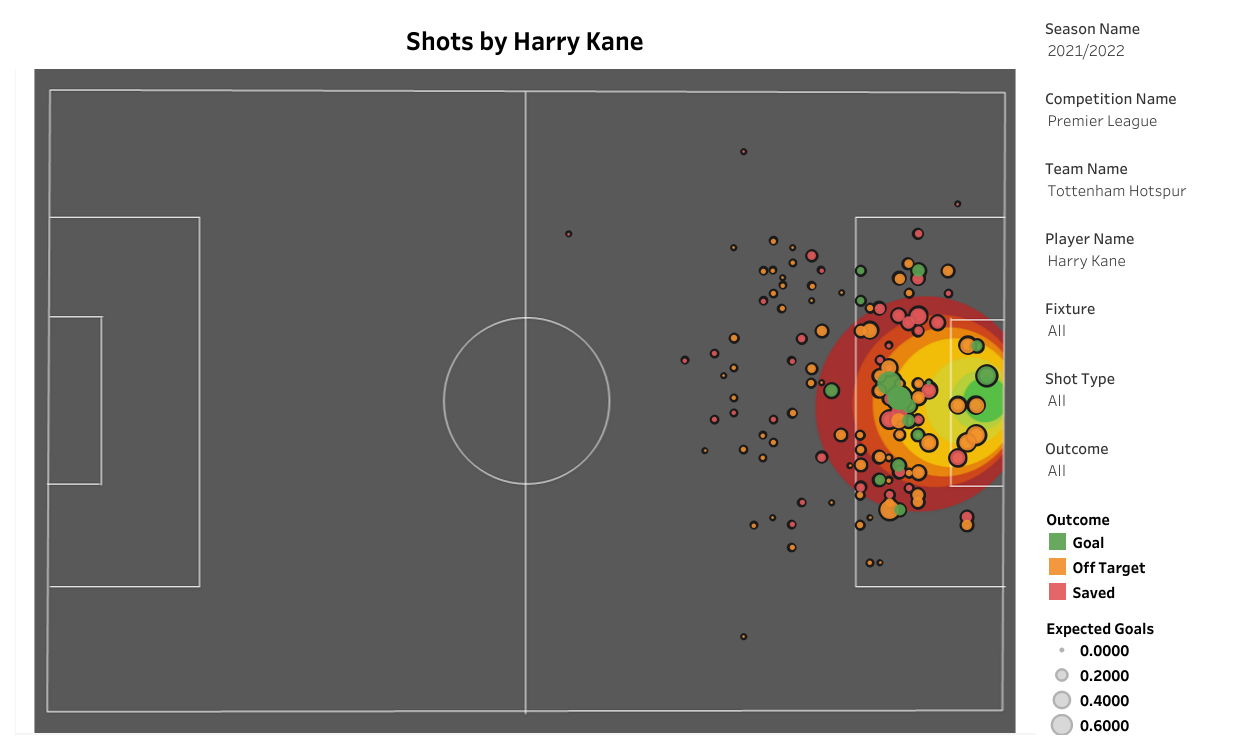 Last season, all but one of Kane’s goals came from inside the penalty area. Four of his strikes came from the penalty spot. Even though he shot a sizeable chunk from outside the box, most of his attempts came from inside the box. His average shot distance from goal was 16.9 yards. He took 131 shots, meaning he needed 7.71 shots to score a goal. That is 45 shot attempts more than Son Heung-Min, but the Korean superstar scored six goals more and won the Premier League Golden Boot (jointly with Mohamed Salah). 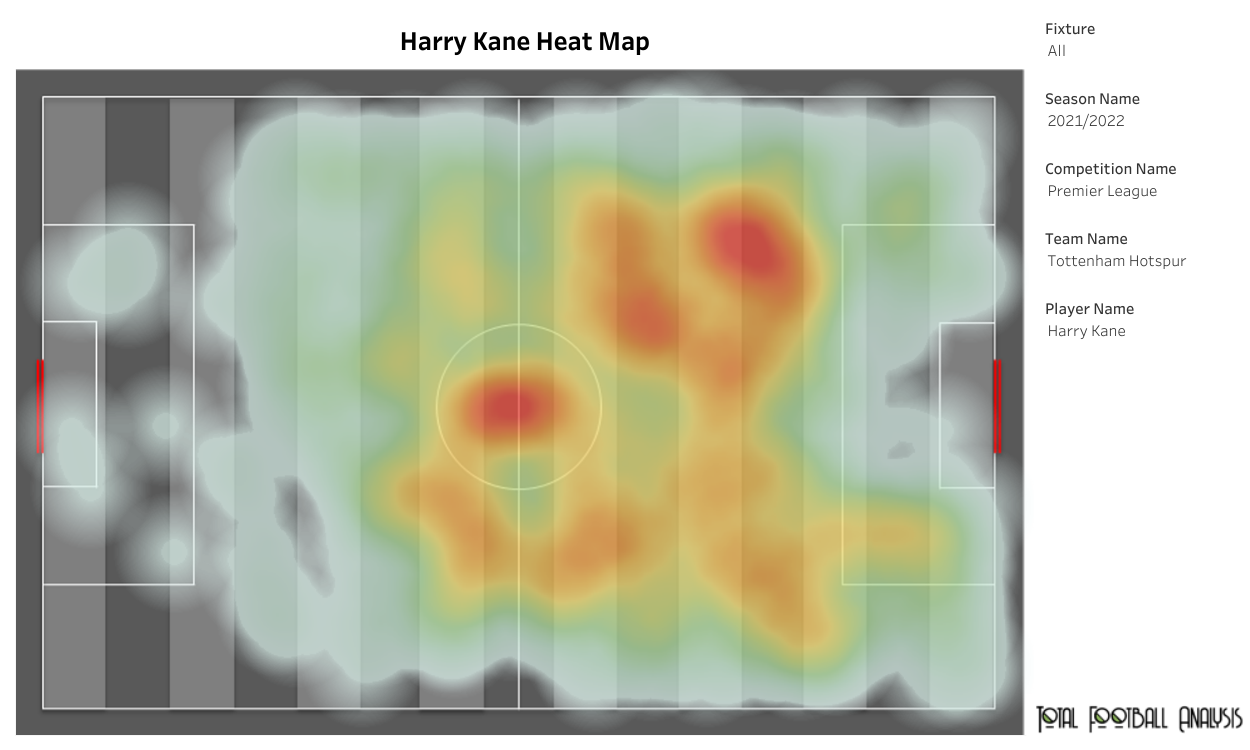 While Harry Kane would be a great way to replace Lewandowski at Bayern Munich, the Die Roten board declined to bid for the Tottenham superstar. Moreover, Spurs are not desperate for the money that they have to sell their talisman. The odds of Kane leaving Spurs to join Bayern this summer are slim to none, if not dead in the water.