When Bayern Munich signed Dayot Upamecano from RB Leipzig in the summer of 2021, they were not only reinforcing their backline but also directly weakening their domestic rivals. The Bavarians got the French defender for a cut-price due to a release clause present in the contract at that time with the East German outfit. Upamecano repaid the faith shown in him by Die Roten as he clocked more minutes than any other defender in the squad, domestically, and the second-most minutes in the UEFA Champions League. 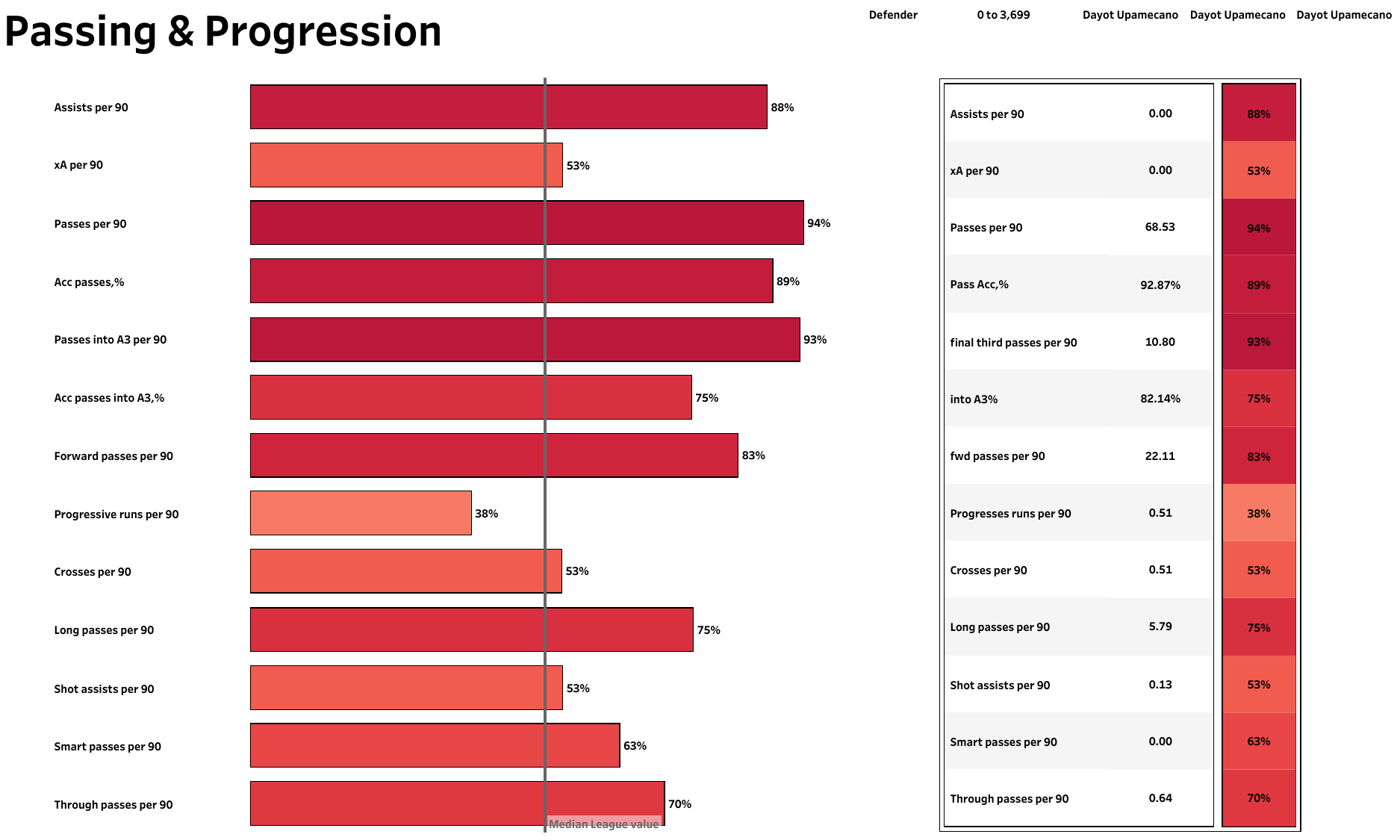 Upamecano made 37 appearances in all competitions for Bayern Munich, including eight in the UEFA Champions League. On the European stage, he started seven matches and was on the pitch for 661 minutes. He may not have scored or assisted even once, but he was very much an active man in Bayern’s build-up play. The Frenchman attempted 68.53 passes per 90 at an extraordinary pass accuracy of 92.87%. He did not hesitate to progress the ball upfield as he attempted just shy of 11 balls into the attacking third and found a teammate on 82.14% of the occasions. His 5.79 long passes per 90 put him in the upper quartile among defenders. 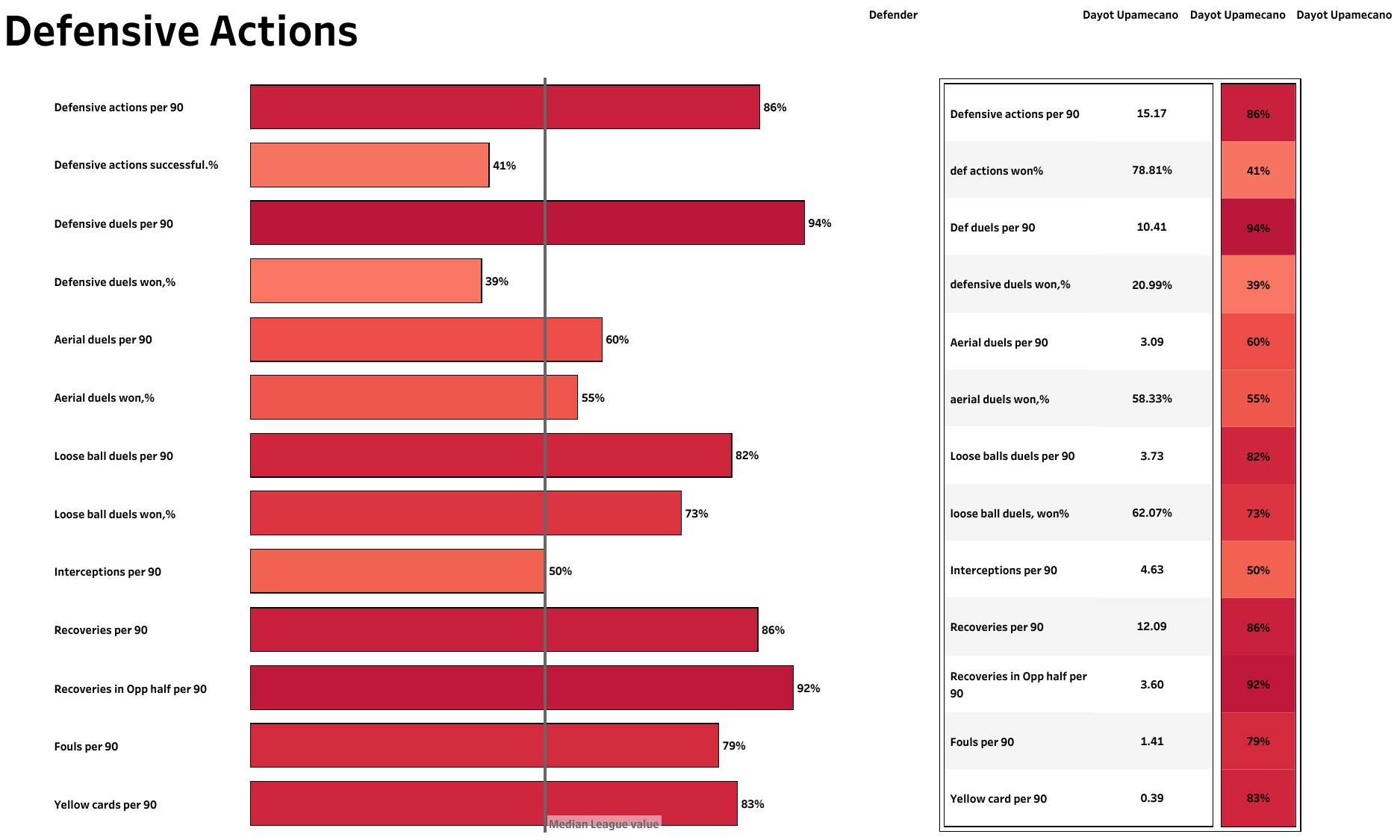 Upamecano attempted over 15 defensive actions per 90, putting him in the uppermost quintile among defenders, though his success rate of 78.81% ranked him just below average. It is a similar trend in defensive duels as he attempted more than 10 per 90, which ranked him in the 94th percentile, but his success rate of a shade below 21% placed him in the bottom 40%. Standing at 186 cm, the former RB Leipzig defender won 58.3% of his aerial duels. The Frenchman also contested 3.73 loose ball duels per 90, recovering more than three-fifths of them in the process.

Unsurprisingly, Upamecano was most active in the defensive third for Bayern. He also advanced into midfield when the team were on the attack so as to prevent counterattacks from the opposition. With the ball at his feet, the Frenchman completed 5.21 progressive passes per 90, 7.95 passes into the final third per 90, 6.44 progressive carries per 90 and 1.64 carries into the final third per 90. 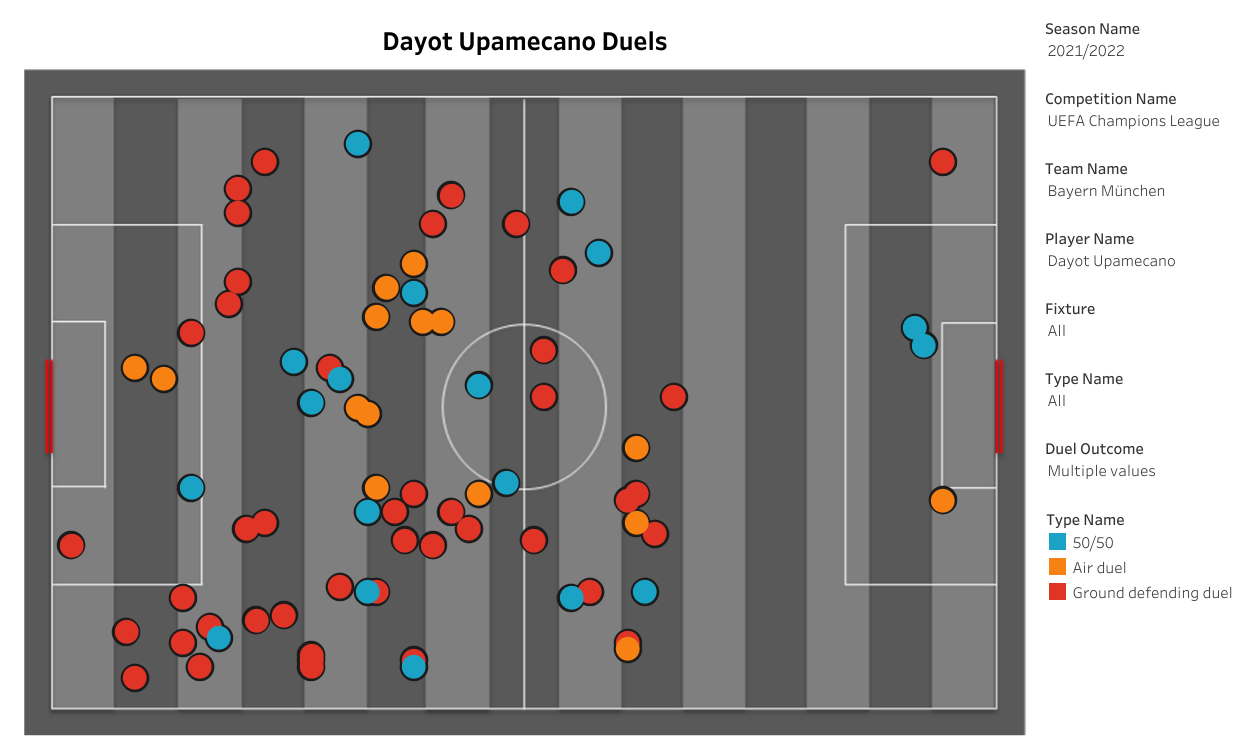 Upamecano was an important member of the Bayern squad that won their 10th straight Bundesliga crown but fell short in the UEFA Champions League, as they were surprisingly eliminated by Villarreal in the quarter-finals. The Frenchman will hope that he can kick on and assert himself even more in the second season.