Robert Lewandowski has been linked with a move away from Bayern Munich for a few weeks now. His reluctance to sign a contract extension has attracted potential suitors, most notably Barcelona. Should the Pole leave, the Bavarians will need to find an alternative who can be the go-to man for goals. One such option is Uruguayan sensation, Darwin Nunez, who currently plies his trade for Benfica in the Portuguese Primeira Liga. 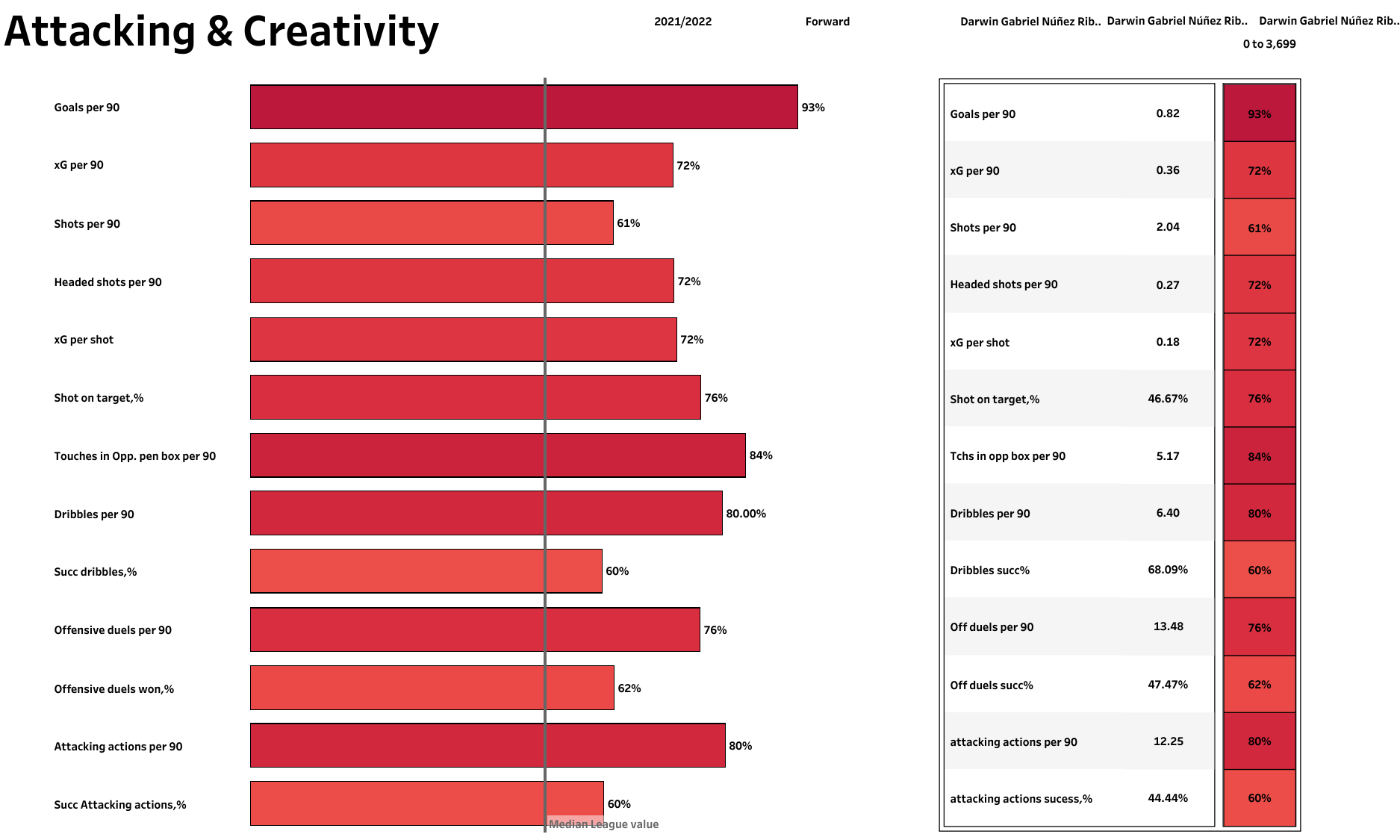 Darwin Nunez has been showing exceptional performances for SL Benfica this season, most notably in the UEFA Champions League, where the team reached the quarter-final stage. The Uruguayan hitman has hit 0.82 goals per 90 in the UCL, far above the xG per 90 value of 0.36. This scoring rate puts him in the 93rd percentile, and he also ranks in the 72nd percentile for xG per 90. Darwin has taken more than five touches per game in the opposition’s penalty box, putting him in the top quintile for this category. The Uruguayan has also attempted 6.4 dribbles per game, completing a solid 68% of them, which makes him a direct threat to opposition defenders. 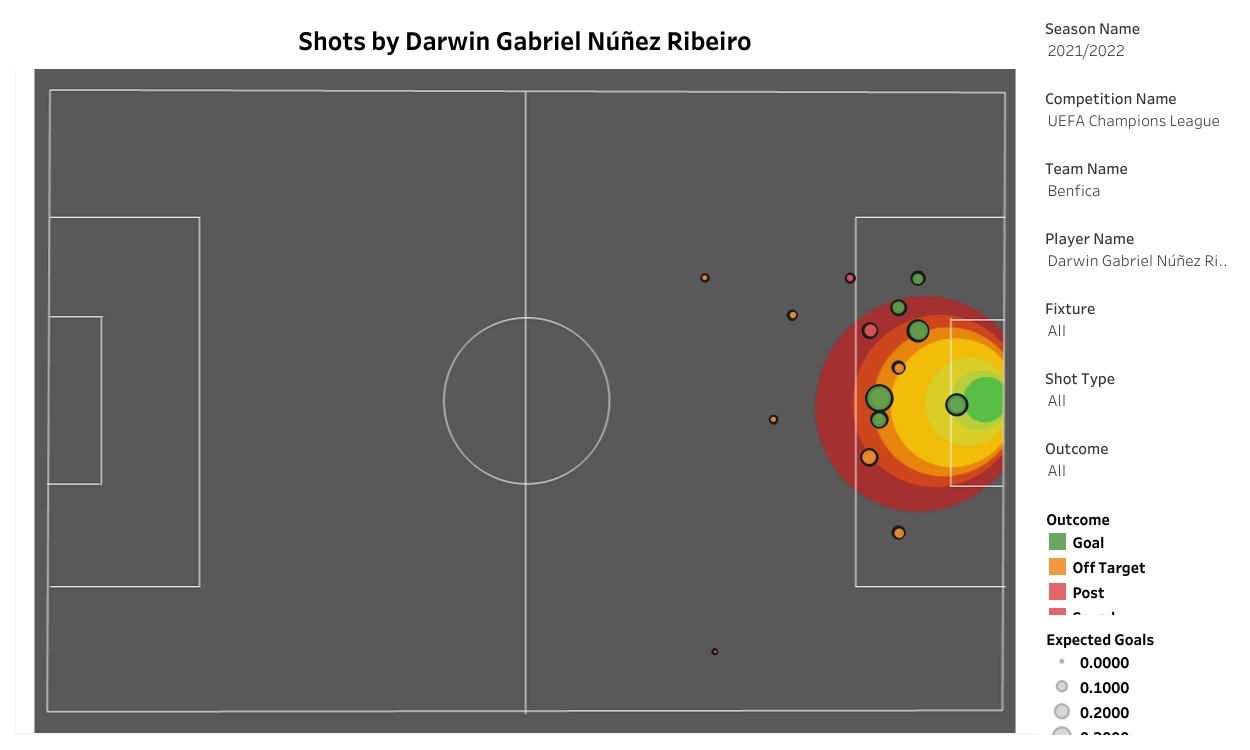 In this season’s UEFA Champions League, Darwin Nunez has taken 16 shots and scored six times, making it a conversion rate of 2.67 shots per goal scored. As seen from the above shot map, Darwin has rarely missed any big chances offered to him. He is also good at decision-making, as far as shooting is concerned, as six of his seven shots on target resulted in a goal. With the likes of Sane, Muller, Kimmich, Coman and Gnabry, to name a few, the Uruguayan won’t have a shortage of goalscoring opportunities presented to him. 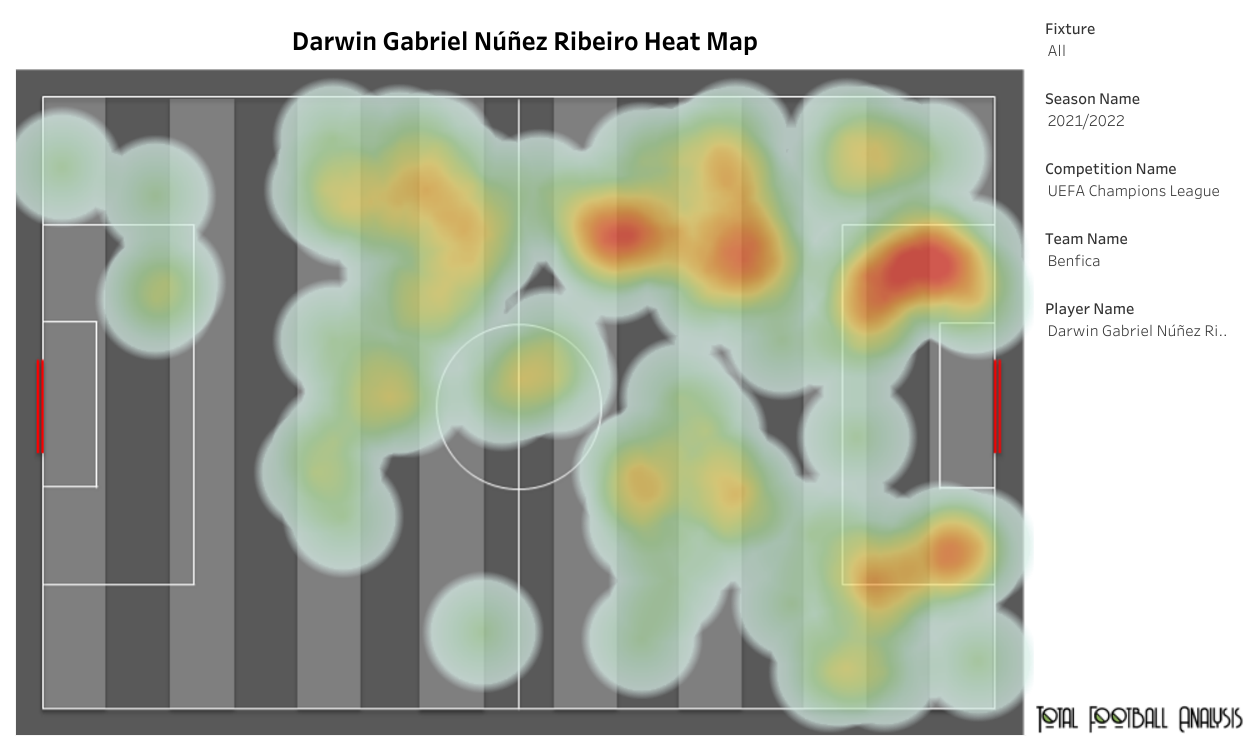 As seen from the above heat map, besides goalscoring, Darwin Nunez has also provided a direct threat to the opponents’ defences, completing over four dribbles per game in the UCL. He has also made 15 carries into the penalty area. The Uruguayan has received 44 progressive passes in the Champions League, making him a target for instigating the team’s attack. Operating primarily in the centre and occasionally drifting towards the left, he could form a good partnership with Leroy Sane. 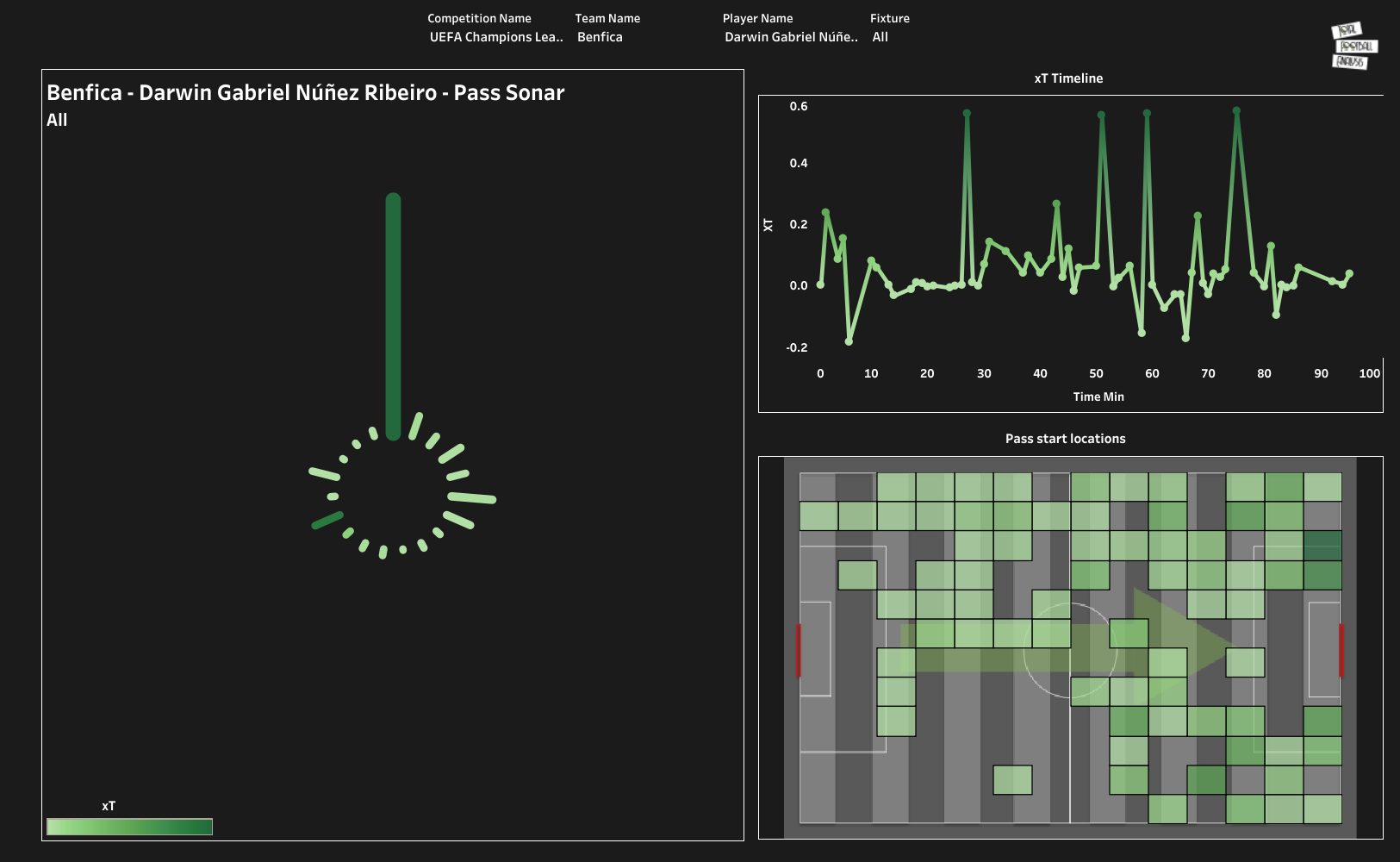 Seen in the above visual is Darwin Nunez’s pass sonar, xT timeline and xT map. As seen from the map, threat creation is not his biggest strength. This means that the Uruguayan most likely relies on his teammates to lay chances for him. At Bayern, there will be no such shortages of creativity thanks to men like Thomas Muller, Serge Gnabry, Leroy Sane and Kingsley Coman, to name a few.

Replacing Robert Lewandowski might be big shoes to fill for any ordinary striker, but Darwin Nunez is no ordinary striker. He is one of the best U-23 strikers in the European game and has already been capped by La Celeste eight times where he has netted twice. Darwin could be the best possible replacement for Lewandowski, should the latter leave the club.