Bayern Munich’s contract negotiations with Serge Gnabry are stalling. Should the situation not improve for both parties, the Bavarians may have to cash in by selling the German winger as his contract expires in the summer of 2023. One player who could replace the German international at the Allianz Arena is Chelsea’s Christian Pulisic. In this article, we will analyse whether Pulisic could be an adequate replacement for Gnabry at Bayern Munich. 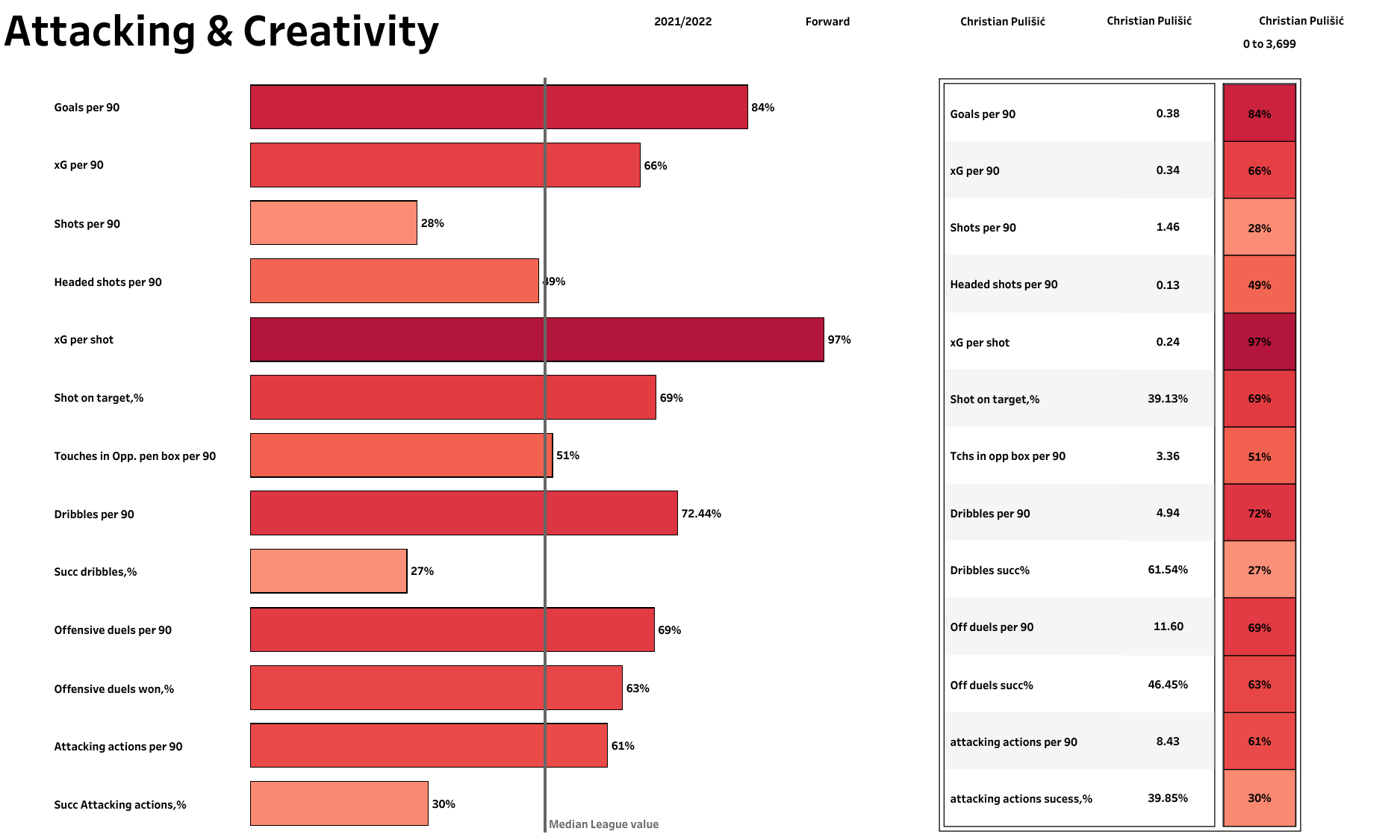 Pulisic played only 1,290 minutes for Chelsea in the Premier League this season as he missed two months through injury. Even when he was fit, he completed the full 90 minutes on just nine occasions. Yet, in his limited playing time, he managed to score six goals at a rate of 0.38 goals per 90. He exceeded his xG per 90 of 0.34. The Pennsylvania-born attacker generated an xG per shot of 0.24, which puts him in the top 3% of all forwards in the Premier League. He has also attempted nearly five dribbles per game, completing 61.54% of his take-ons in the process. 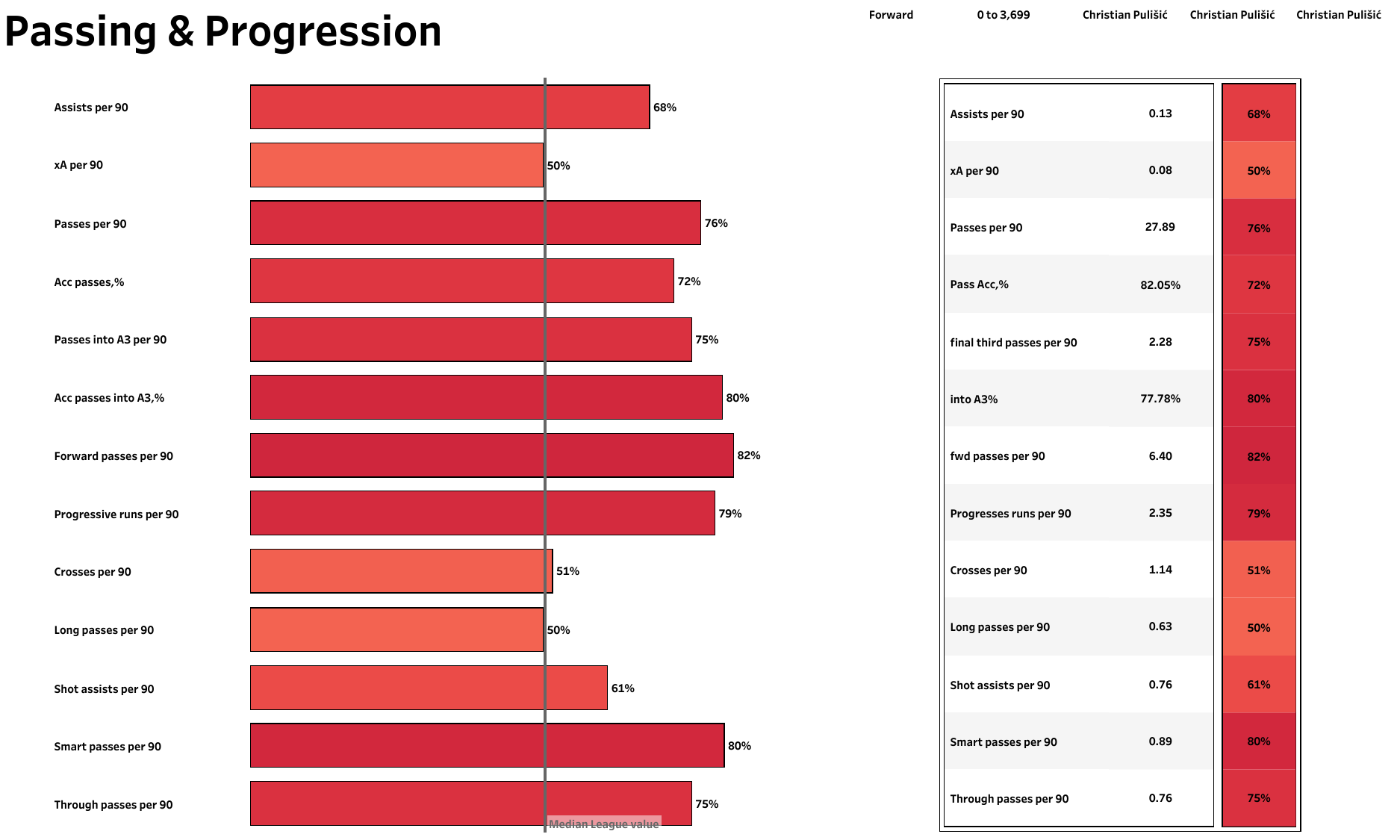 Pulisic has managed to not only outperform his xG, but also his xA. He has provided two assists at a rate of 0.13 in his limited playing time in the 2021-22 Premier League season. His xA per 90 stood at 0.08. The 23-year old’s passing accuracy in the league this season has been 82.05%. His balls into the final third are accurate on 77.78% of the occasions. 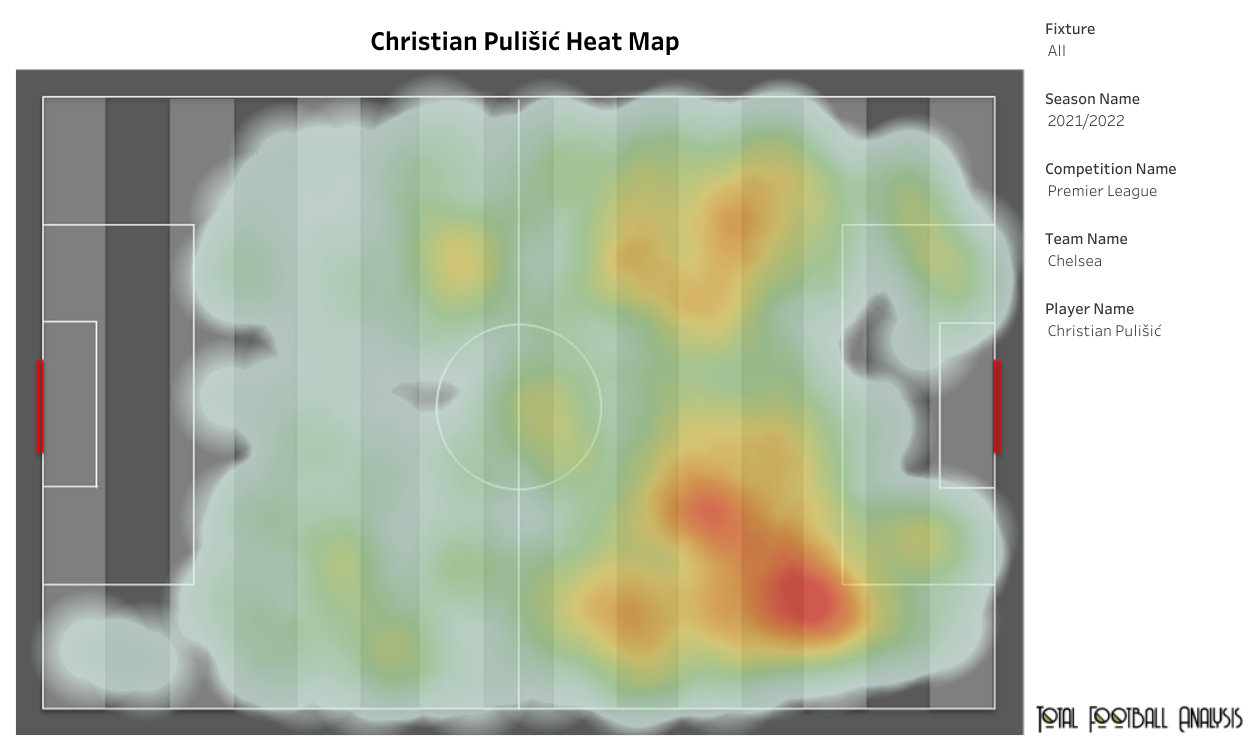 Operating on the right-hand side of the final third of the pitch, Pulisic has been involved in a goal every 161 minutes in the Premier League this season. The American has attempted 28 shots, of which 11 have been on target. His conversion rate stands at 4.67 shots per goal scored. He has also completed 30 progressive passes, 23 passes into the final third, 15 key passes and 10 passes into the penalty area in this campaign for the Blues. 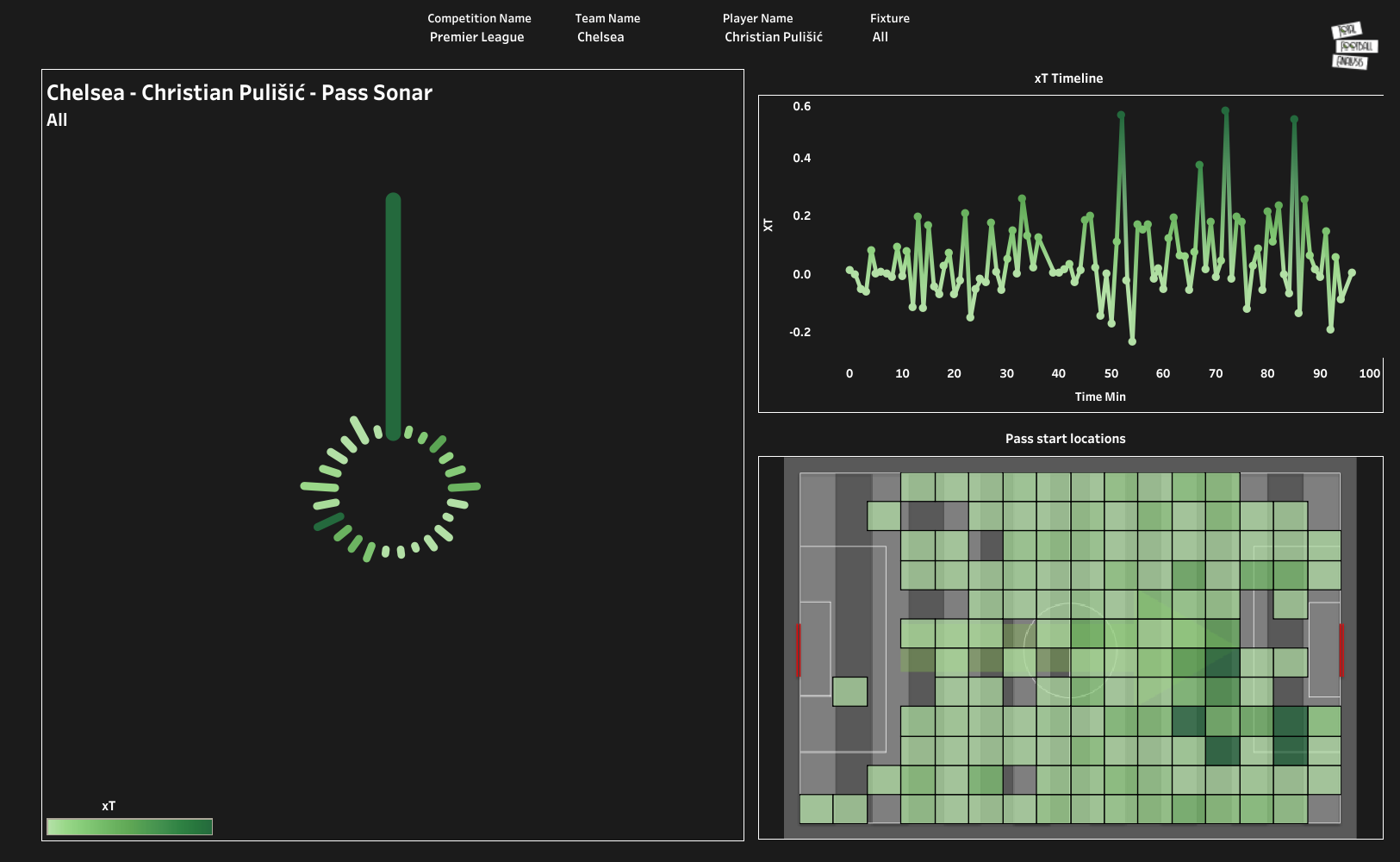 Shown above are the xT map, xT timeline and pass sonar of Pulisic for Chelsea in the Premier League this season. The Pennsylvania-born attacker has rarely generated an xT score of 0.5 or more. His most effective area on the pitch has been the right-centre of the pitch in the attacking third. Most of his xT has come from forward passes.

Bayern Munich find themselves in a bit of a tricky situation with Gnabry. Should the former Arsenal man not renew his contract, Die Roten may have to act swiftly to bring in a replacement. Christian Pulisic could be that man as he has had Bundesliga experience, having played three and a half seasons at Borussia Dortmund.