Hertha BSC entertains defending Bundesliga champions Bayern Munich in the Olympiastadion in Berlin. Hertha, who are sitting two points clear of the relegation zone, entertain the high-flying Bayern side and would be keen to pick up a point to boost their chances of staying in the top flight next season.

The host played their last match against Werder Bremen, where they failed to pick up a single point. It was their sixth loss in seven matches. While the away team will be looking for a victory, which will take them in the first place, even it may be for 24 hours. Hertha has also a record against Bayern, for losing five matches. This weekend Bayern would look to make it six in a row.

Hertha is a solid defensive unit under new boss Sandro Schwarz, with only five teams boasting a better goal-against record after 12 matches. Bayern has been in superb form after returning from the international break, where they won nine out of ten matches. Their only drawback was a 2-2 draw against Borussia Dortmund last month, but they made it up by winning three matches in a trot, progressing in the UEFA Champions League and DFB- Pokal.

We will take a look at the stats of the match, which could predict results.

How Teams could line up tomorrow

Berlin lined up against Bremen in a 4-4-2 formation, with ex-Manchester City strikers Stevan Jovetic and Wilfred Kanga lining up. But this time around, Jovetic is out due to a hip injury, so Schwarz may go with a 4-2-3-1 formation. The above graph shows the average position of players against Schalke 04. If Berlin goes with a 4-2-3-1 formation, expect two midfielders to sit in the deep midfield role. while the other midfielder would play as an attacking midfielder or play behind the striker. 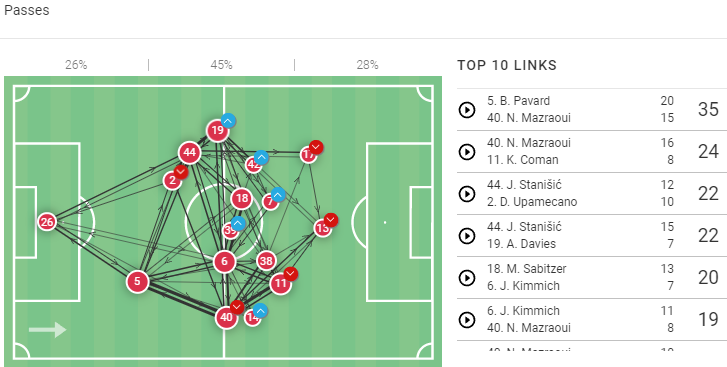 Bayern’s favourite formation is 4-2-3-1. Against Inter, they lined up in the same formation. After the recent form of Eric Choupo With his form in the UEFA Champions League, expect him to spearhead the attack. Jamal Musiala was introduced as a substitute in the match against Inter. Expect him to play as a false nine, as he can dictate the rhythm of the match. The above graph shows the average position of players against Inter Milan. The team should look for faster counter-attacking so they can catch Berlin off guard.

Bayern Munich threat from the wings 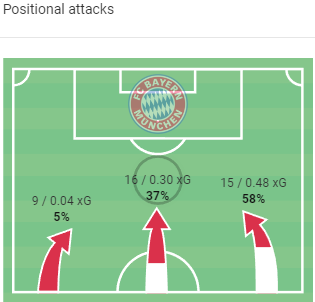 Against Inter, Bayern had 40 positional attacks, with them having attempted 18 shots. Julian men like to create attacks from the wings and the centre. From the right wing, they created the maximum chances with 58%. Down the middle, there were also 37 per cent attacking chances. Mane had an off day, but expect him to do well against Hertha. 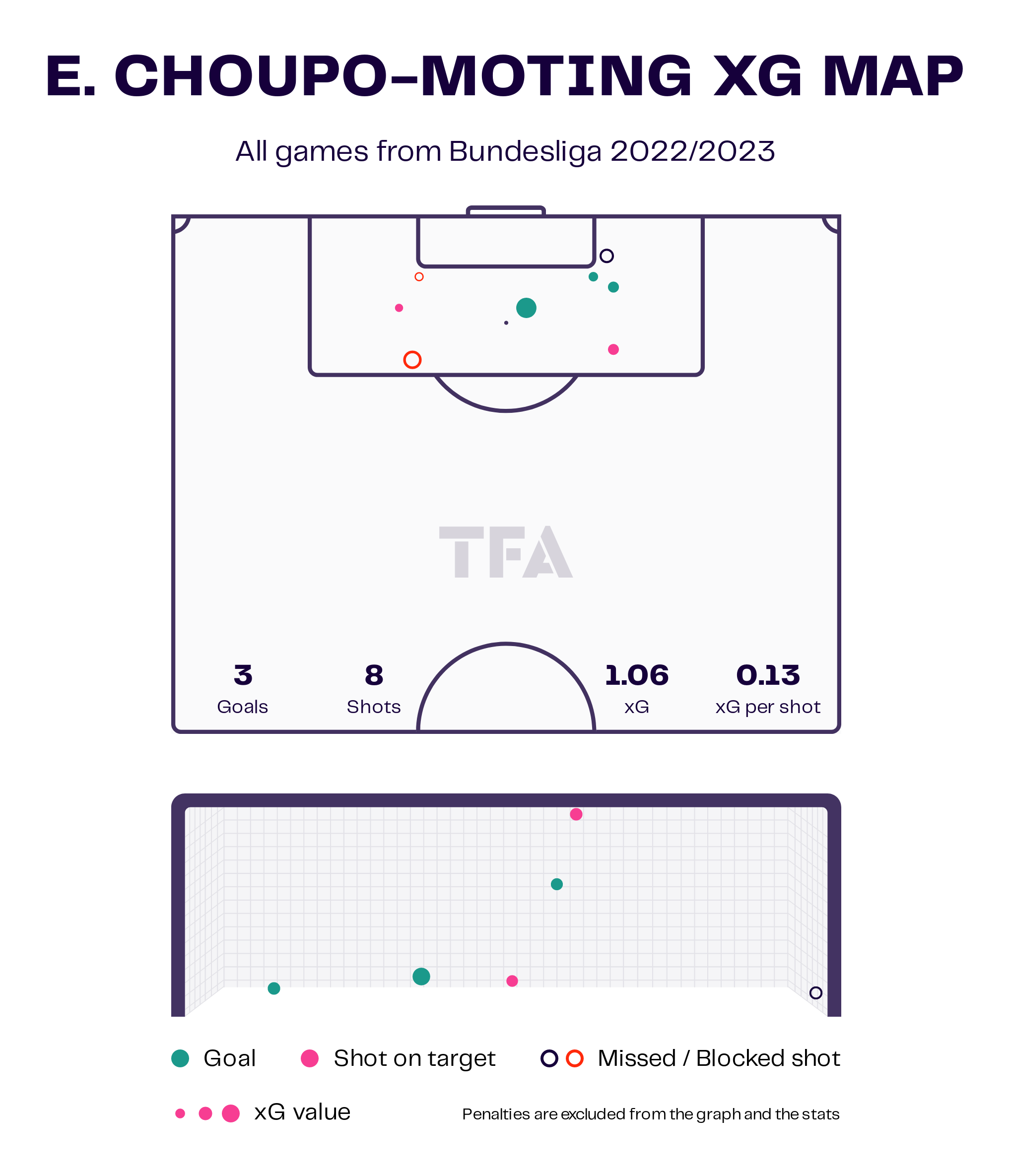 Eric Choupo-Moting repaid the faith put in him by his manager by scoring against Inter Milan. He has scored three goals and taken eight shots. Expect Julian to go with him, and he can increase his goal tally. 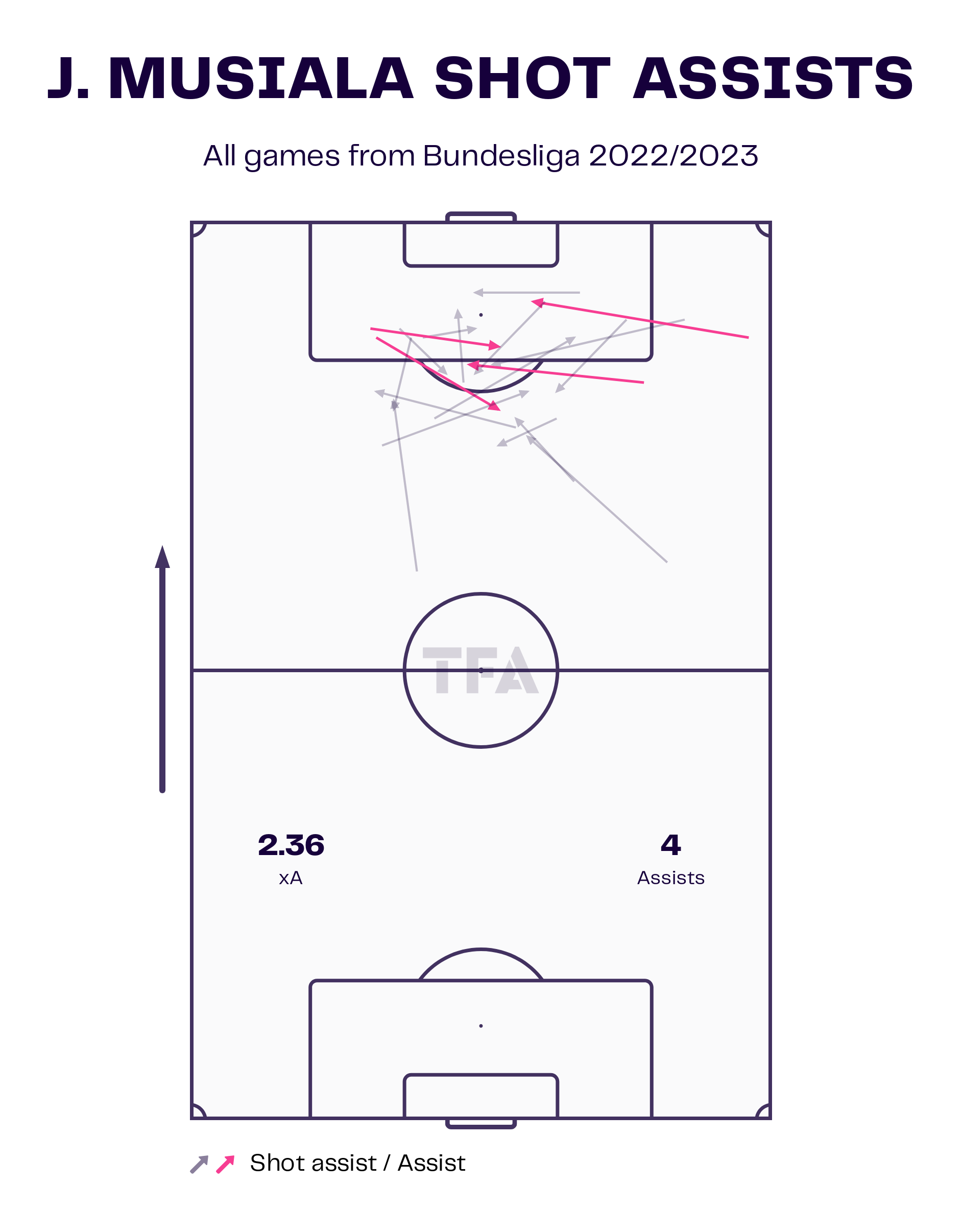 Julian can start the wonderboy Musiala in the lineup. Musiala has made four assists this season already. He contributed an important assist to Leon Goretzka in a 2-2 draw with Borussia Dortmund. Jamal scans for players making runs, and he sends smart passes to them for them to score. Against Berlin, he could unlock their defences with his smart, precise passing. 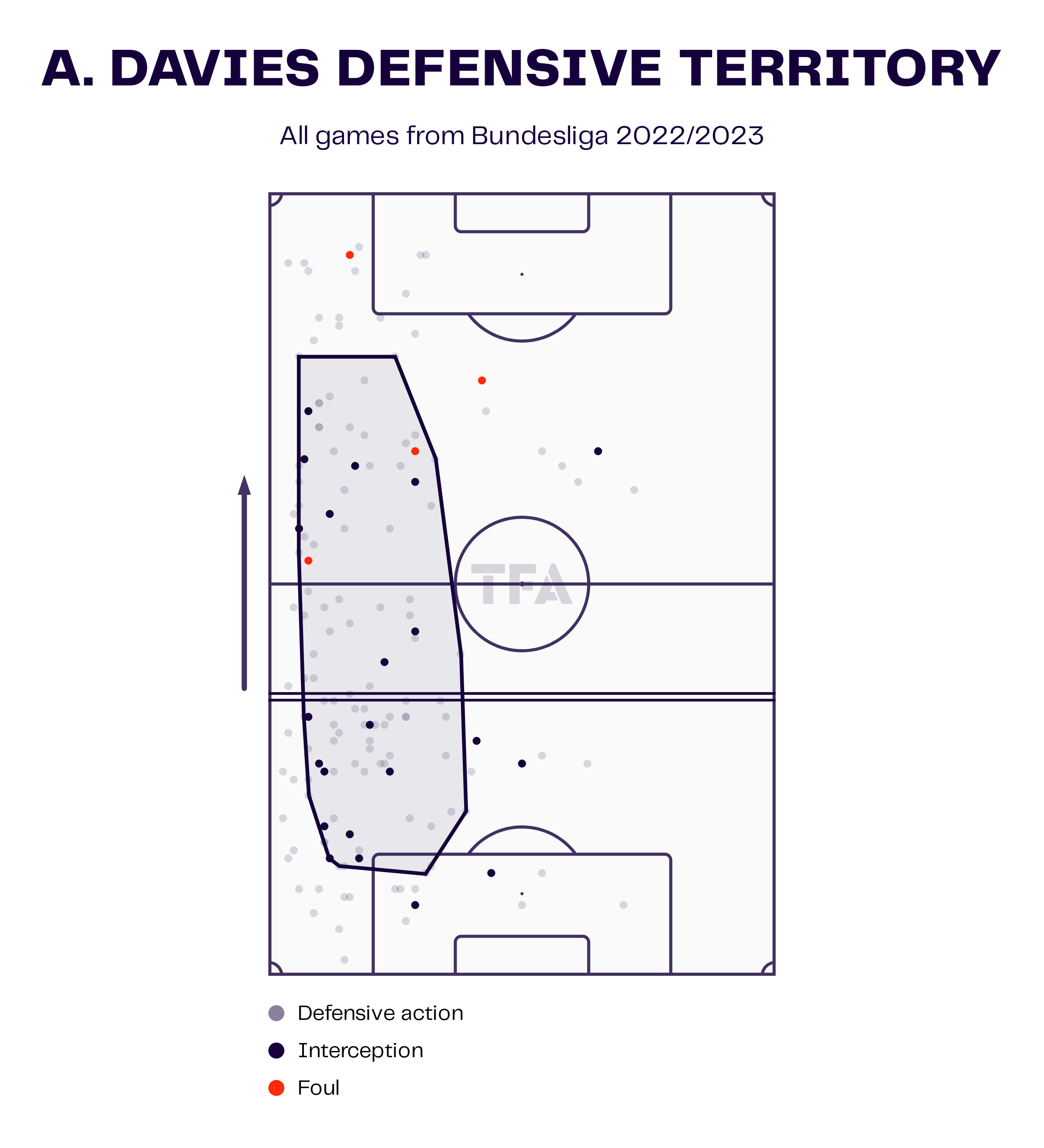 Alphonso Davies was on the bench against Inter Milan. He came on as a substitute and provided an assist to Choupo-Moting, who scored Bayern’s second goal. Looking at his defensive stats, the Canadian has made 4.75 interceptions per 90. The darkened region is where he made the most interceptions and defensive actions.

Quite a few players are expected to miss from Hertha Berlin’s lineup in the form of Stevan Jovetic, who is out injured, and Rune Jarstein, Jessic Ngankam, Marton Dardai, Kelian Nsona, and Linus Gechter are all expected to miss out, too. However, the manager is expected to bring Jean-Paul Boetius, who returns to the lineup after having his testicular tumour removed.

From the Bayern side, Bouna Sarr, Manuel Neuer, and Thomas Muller are expected to miss the trip to Olympiastadion, as they are also out injured. One can expect Musiala and Davies to slot into the lineup.

Bayern is expected to win all three points tomorrow. Their confidence has been boosted after a recent win over Inter Milan. They will expect to return to the top spot.

Visuals via Wyscout and the TFA data viz engine