The transfer window could see Bayern Munich once again looking to add a centre-back to the squad. The Bavarian club has signed a central defender in each of their last three summer transfer windows. Bayern currently have a good set of defenders, but the possible departure of Niklas Sule might force them to look in the market.

As things stand, Niklas Sule is set to leave Bavaria on a free transfer in the summer. The German defender remains in talks with Bayern over a new contract, but it is highly likely that Sule will be on his way out from the club at the end of the season.

In the wake of the possible departure of Sule, they will have to look for possible replacements. According to the recent rumors, Bayern is interested in signing Chelsea’s Andreas Christensen. The German club will be facing competition from FC Barcelona for the signing of the Danish defender.

The 25-year-old centre-back has been a decent defender for Chelsea in the past few seasons. He does have the experience of playing in the Bundesliga after enjoying a fruitful loan spell at Borussia Monchengladbach a few years ago. The Danish defender has consistently improved as a defender in the past few seasons and firmly established himself as a first-team regular at Chelsea. 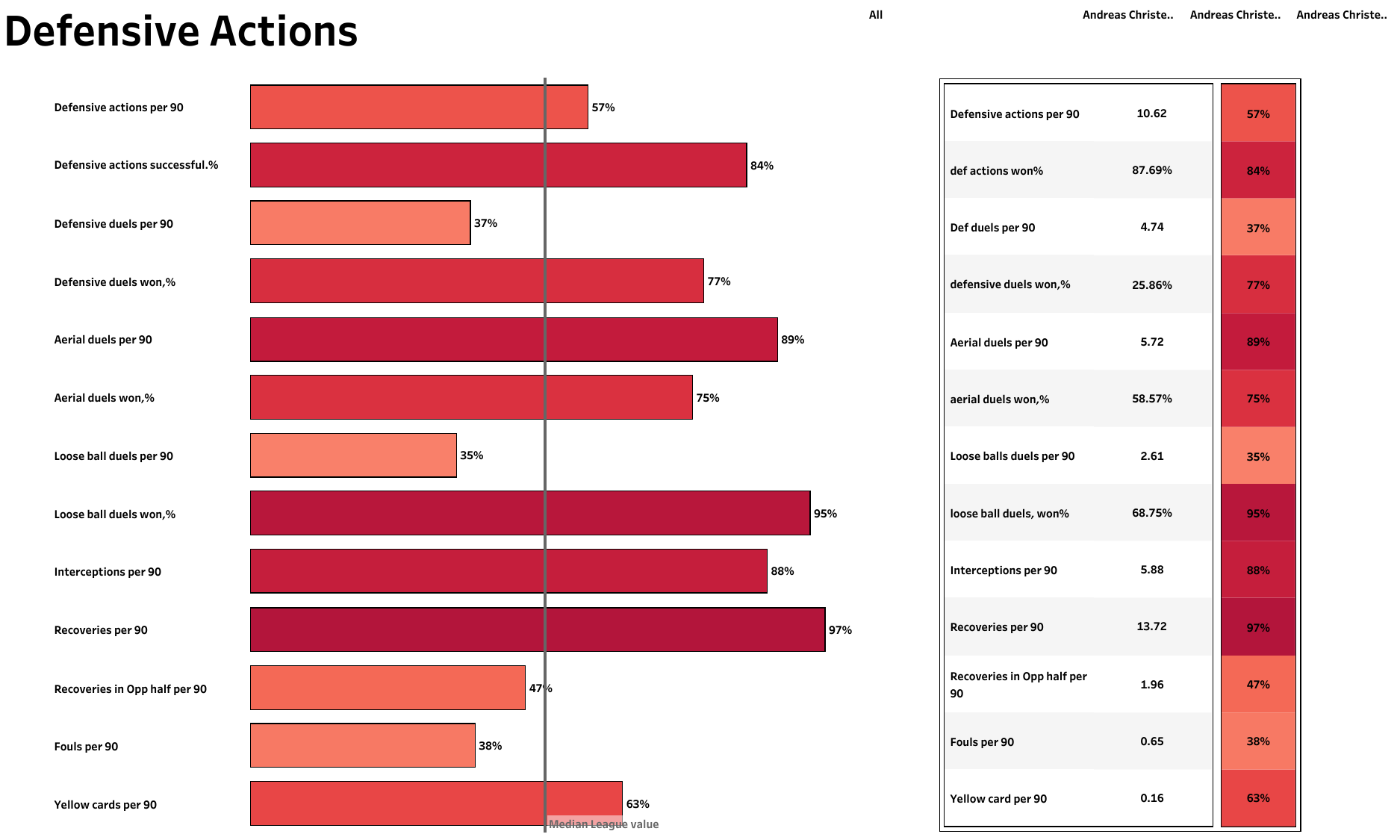 Christensen has made a total of 19 appearances for Chelsea in all competitions so far in the 2021-22 season. He has attempted an average of 10.62 defensive actions per 90 minutes and has been able to win 87% of these actions. He has a high success rate in winning aerial as well as loose ball duels. He ranks above 97% of the defenders in the league for recoveries per 90 minutes and has completed 5.88 interceptions per 90. 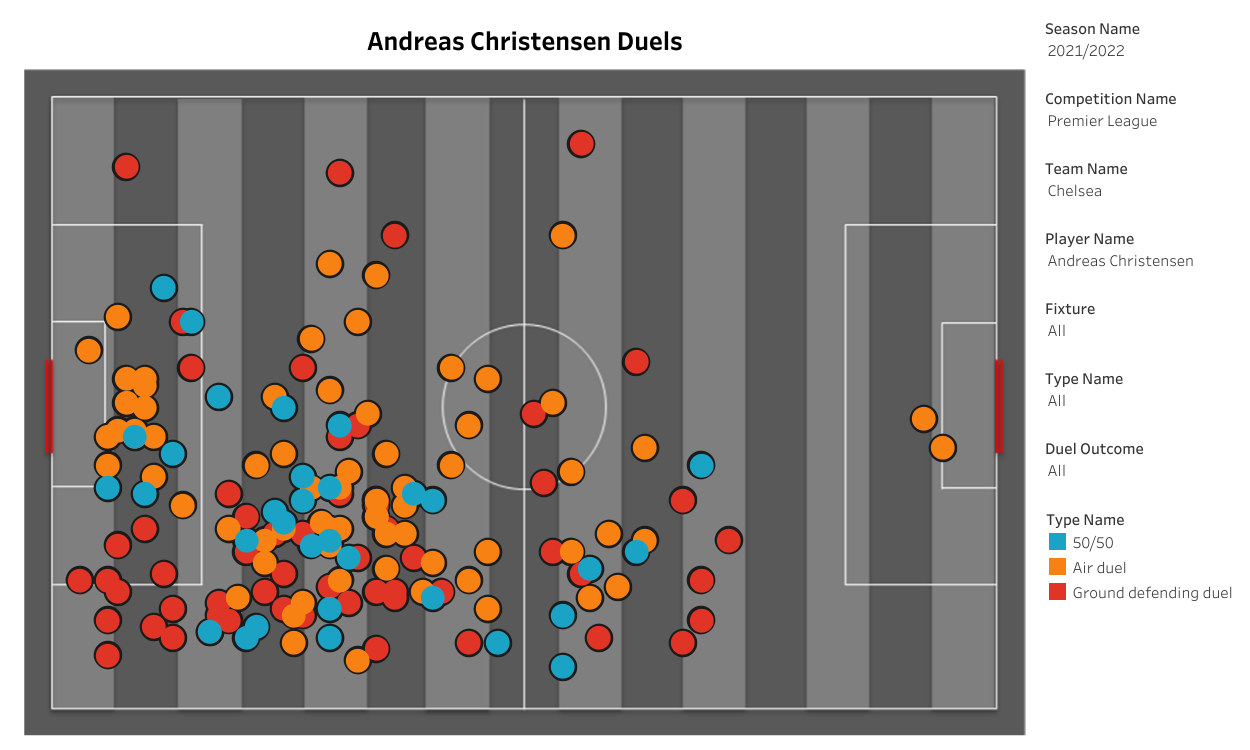 Christensen is a tall centre-back, which makes it easy for him to win most of the aerial duels he attempts. As seen in the above visual, he has attempted a number of aerial duels in his half. Most of his ground defending duels have been on the right side in wider areas as he has played as a right centre-back in a three at the back formation under Tuchel. He can read the game well and positions himself accordingly to win back possession of the ball for his team. 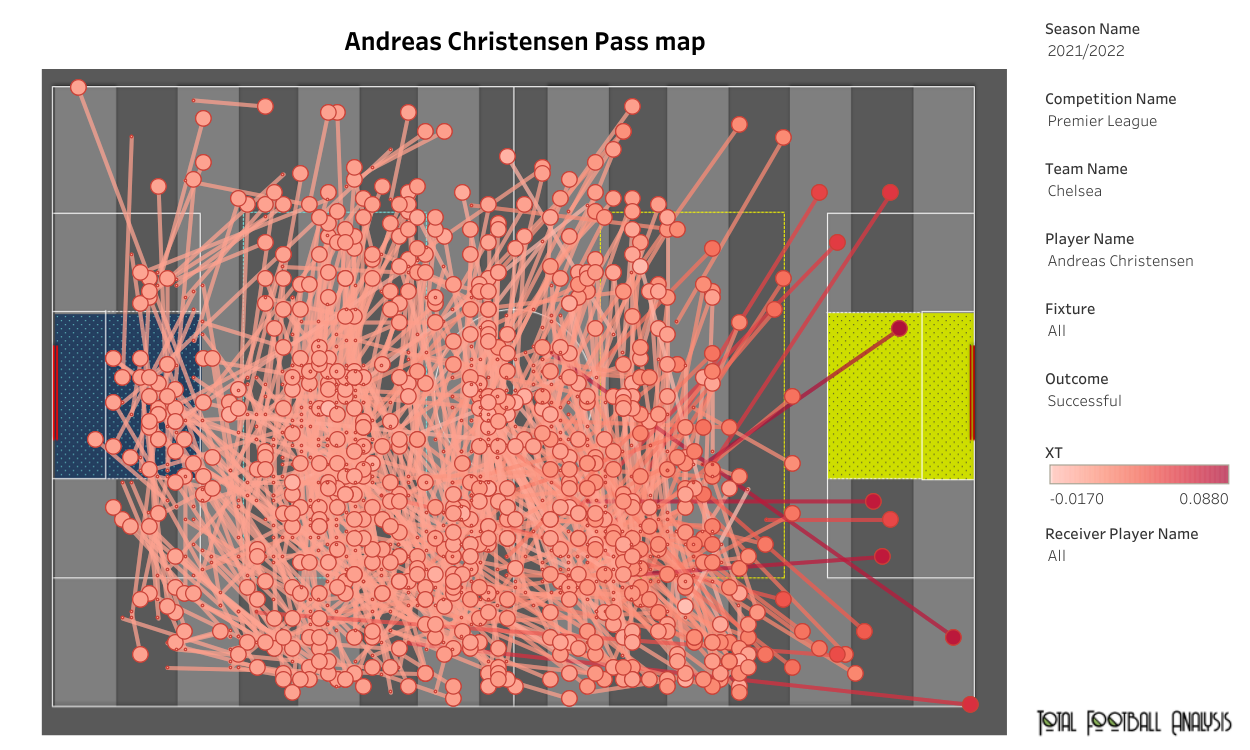 Christensen is a defender who is good with his feet and can stay calm when he has the ball. He does not panic under pressure and is comfortable in keeping possession of the ball. He also has an eye for the runs made by his players behind the opposition’s defense and can play great aerial balls to them. As seen in the above visual, Christensen has played a number of passes in the final third which have generated a high xT value. This indicates that he can spot a good run and also possesses the skill to make that pass. 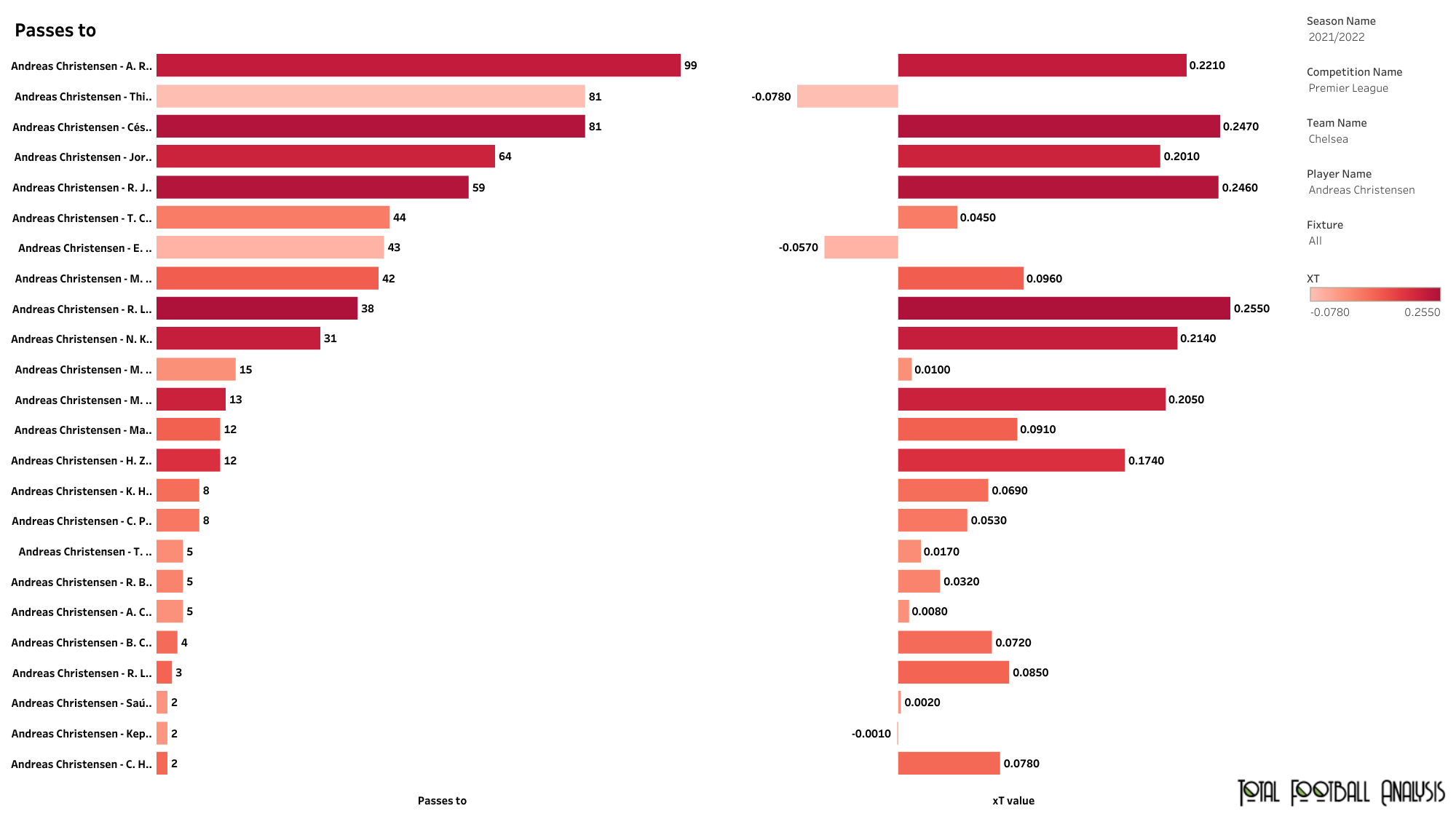 Christensen’s best years are ahead of him, so signing him to replace Sule will be a good deal for Bayern. Christensen is currently in talks with Chelsea over a new deal, but time is running out for the European champions. The Danish defender has only five months left on his current deal, which allows him to hold talks with interested clubs during the winter transfer window. It is not yet confirmed whether Bayern already held talks with Christensen regarding a transfer.