Bayern Munich will face RB Salzburg in the Champions League Round of 16. After a major blunder by UEFA, which resulted in the Bavarians being drawn against Atletico Madrid, fans of the German team will likely be pleased with this revised result. Although, RB Salzburg is not a team to be taken lightly. They have a lot of ability and have always been a tough opponent in Europe, having pushed both Liverpool and Bayern Munich hard in past seasons. This is their first appearance in the UCL Round of 16.

Bayern had a perfect record in the group stage as they won all six of their matches and only conceded three goals. They managed to keep four clean sheets and were defensively very stable. But a major concern for Bayern this season has been the injuries to their centre-backs, which has led to inconsistent performances by their defense at times. They haven’t had a fixed centre-back pairing this season with Upamecano playing with either Lucas Hernandez or Niklas Sule in the Champions League. There were also games where Upamecano was not available, and youngster Nianzou came in to fill up the space. 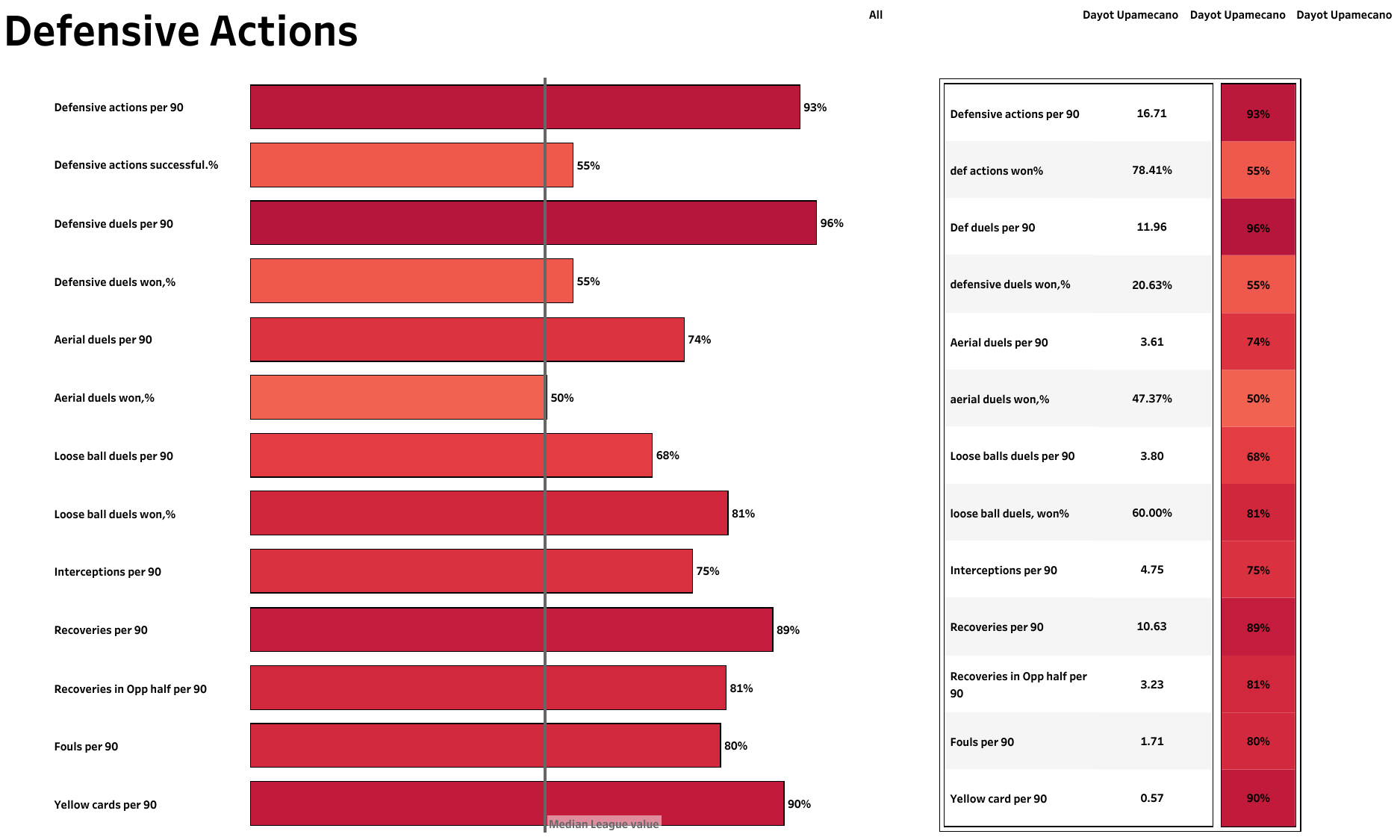 Dayot Upamecano followed his manager Julian Nagelsmann to Bayern Munich from RB Leipzig this summer. The 22-year-old Frenchman made 41 appearances for Leipzig in the 2020-21 Bundesliga season. He is rated as one of the best young centre-backs in the world. The centre-back has started five of Bayern’s six games and has helped them keep a clean sheet in four of these games.

Upamecano has attempted 16/71 defensive actions per 90 minutes and has been able to win 78.41% of these actions. The €60 million rated centre-back also boasted a passing percentage of above 85% in the Champions League in the 2021-22 campaign. Upamecano will be eager to showcase his talent against RB Salzburg in the round of 16. He has been a vital part of the defense and will be the obvious pick for the centre-back pairing. 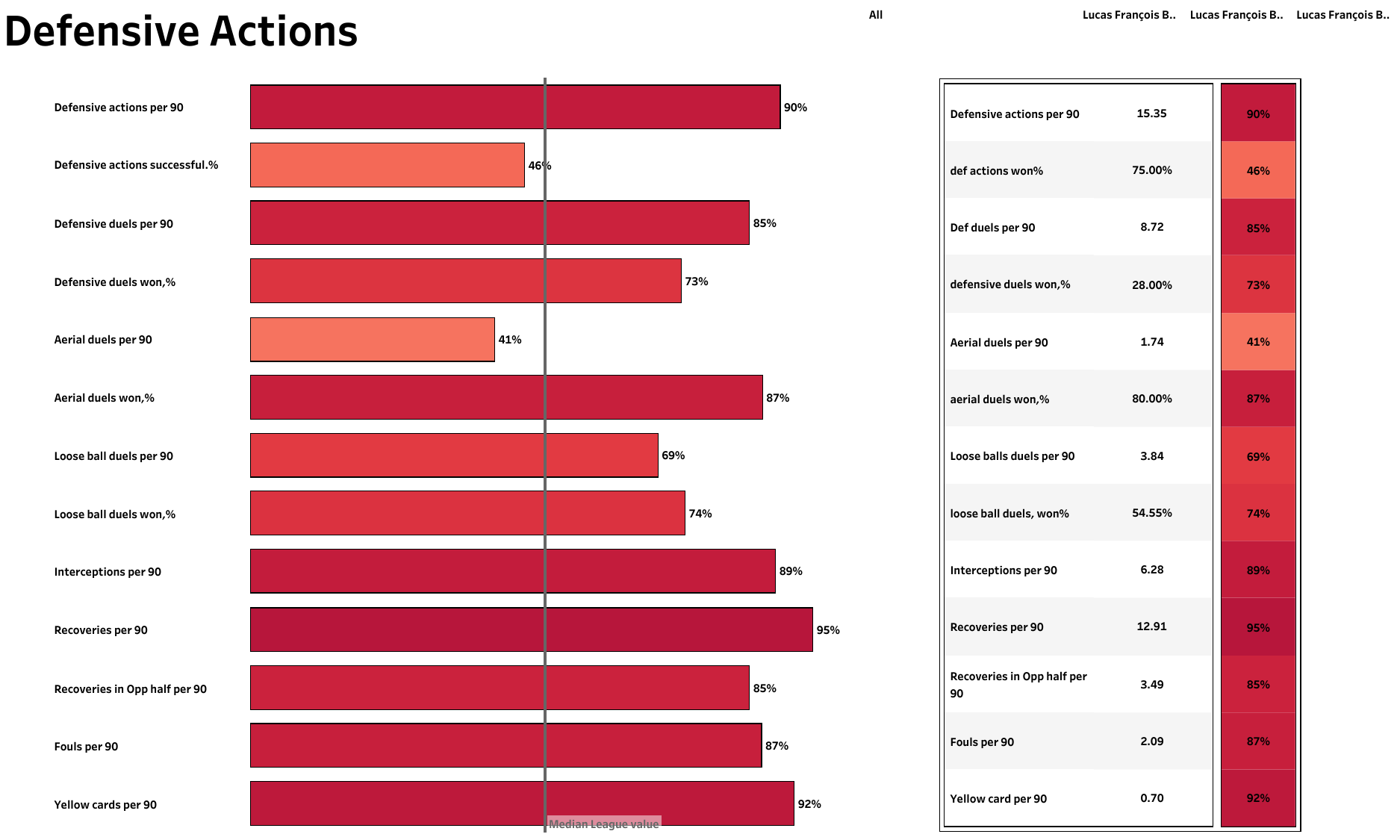 Lucas Hernandez has been his partner at the back in most of the games in the league. The 25-year-old defender joined Bayern Munich from Atletico Madrid in 2019 for a fee of €80 million. He has been deployed as a centre-back as well as a left-back at times. Following the departure of Jerome Boateng, as well as David Alaba this summer, Hernandez secured his spot at the heart of Bayern’s defense.

Lucas Hernandez has attempted 15.35 defensive actions per 90 minutes and has completed 75% of these actions. He has performed well defensively, but the major strength of Hernandez is that he is very comfortable on the ball and can play important passes from the back. Left-footed centre-backs are short in supply, and Hernandez has all the qualities required to succeed and fill the void left by Alaba’s departure. The French international will hope for an injury-free period next as he has been through a couple of injuries this season. 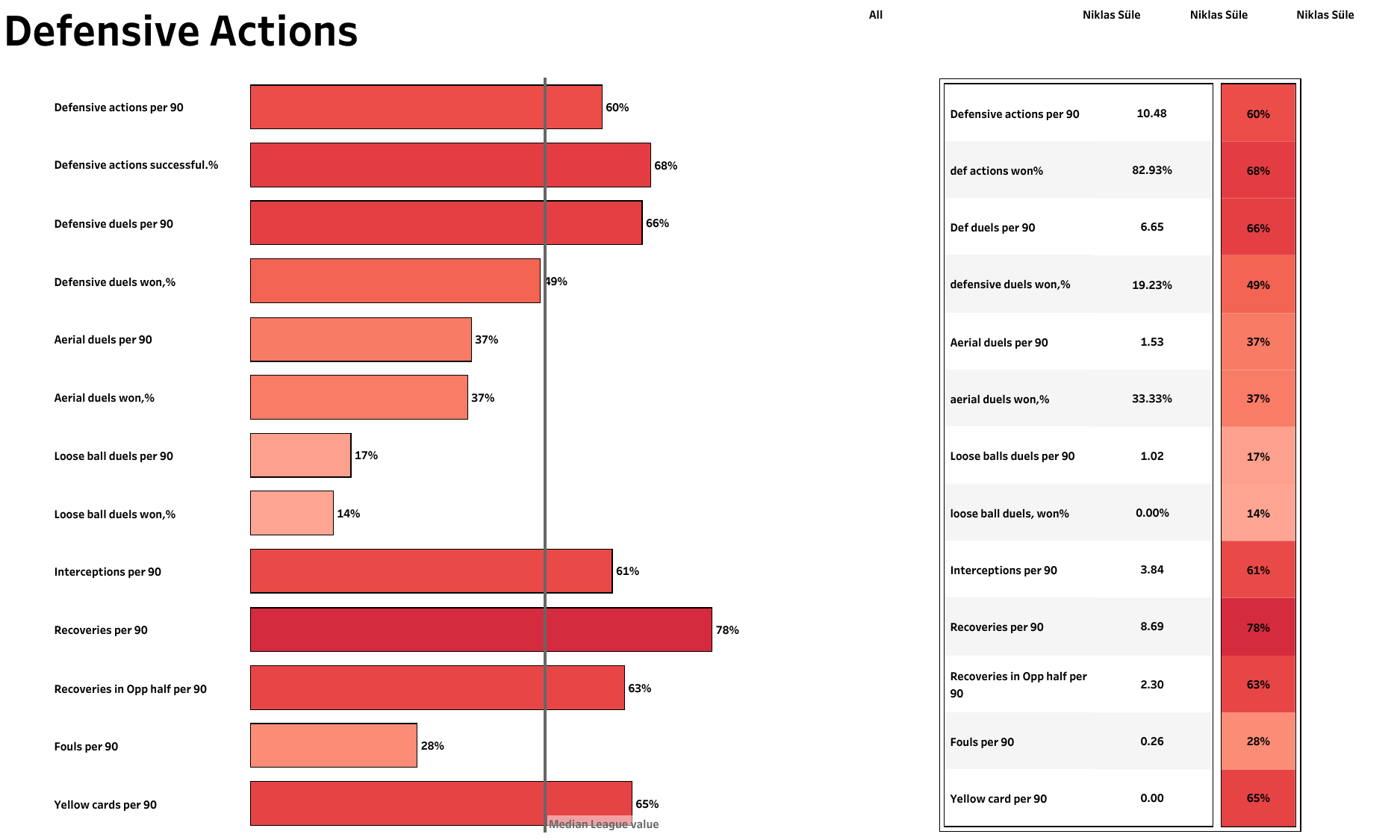 Niklas Sule is the player on the sidelines who will be hoping to displace one of the duos. Sule has displayed some brilliant performances in the Champions League, but the number of injuries he has faced has led to him being sidelined for quite a few games. He has struggled with his fair share of injuries too, which could make this task difficult. There are also rumors going around that Sule might leave Bayern this season as he is looking for challenges in the other leagues as he has not been getting the desired game time. As things stand, Upamecano and Hernandez seem to be the preferred centre-back pairing. 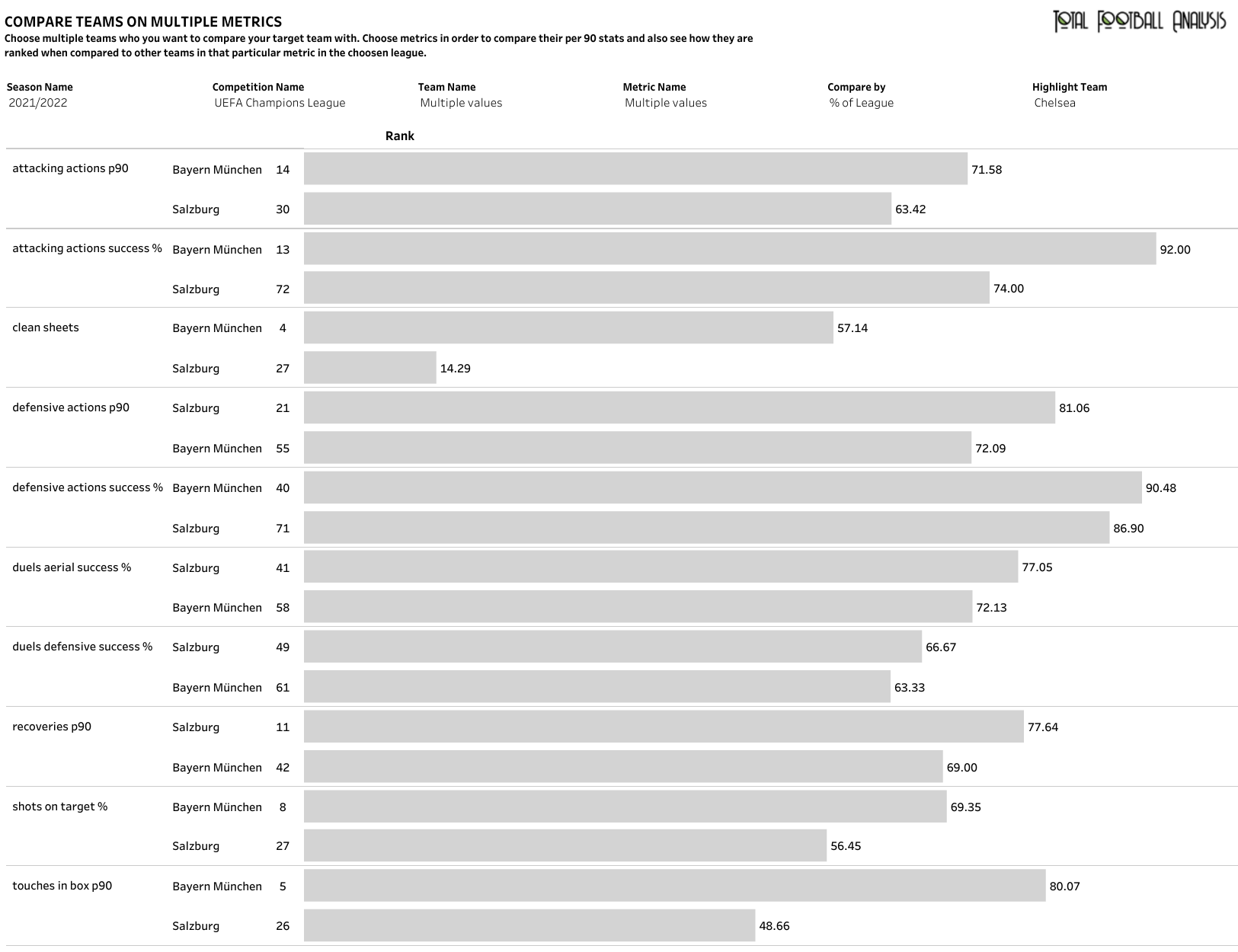 The above visual shows us the comparison of the attacking and defensive stats for Bayern and RB Salzburg. As seen in the above visual, Salzburg are not very behind on attacking actions per 90 and can cause trouble to any defense they face. They have also been brilliant defensively as they have completed 87% of the defensive actions they have attempted per 90 minutes. They have had 56.45% of their shots on target and 48.56 touches in the penalty box per 90 minutes. The stats indicate that the Bayern defenders will have to be alert continuously as the young guns of Salzburg can switch up the gear any minute.

Upamecano and Hernandez have been the preferred centre-back duo for Nagelsmann this season, and it is always better to have a right and left-footed centre-back pairing, which makes it easier to build from the back. Bayern have also put up brilliant performances with these two at the back. Bayern will be hoping the duo can establish themselves even further in the ongoing season and help them beat Salzburg in the Round of 16.